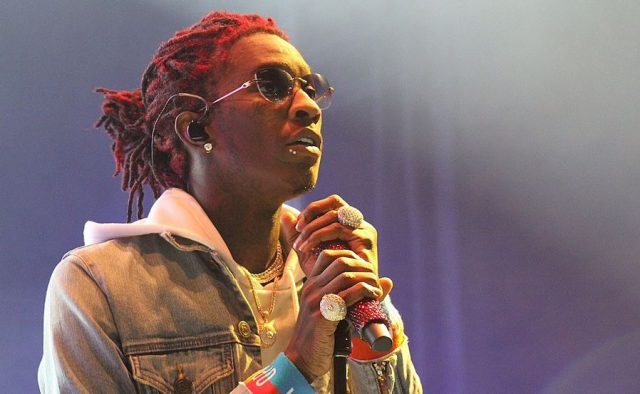 Young Thug is setting himself up for a lifetime of success, revealing in a recent interview that he plans to retire from rapping in the next twenty years.

Alongside Gunna, Young Thug is the new cover star for Billboard this month, telling the publication that he doesn’t plan on always being an artist. He has his sights set on other career paths and he also knows that in ten years, he will need to help his kids set themselves up for their best lives. With that in mind, Thug said that he wants to hang up his microphone sometime within the next twenty years.

“I just don’t want to be a certain age and still rapping,” said the 30-year-old artist. “I’d rather start doing a different thing. It ain’t even about nobody else, it’s just about me and my integrity and how I want to be looked at. Why would I be 45 or 50 years old trying to record albums? When I’m 50 years old, I know 80% of the world is motherf*cking 15 to 24. What the f*ck am I trying to make an album at 50 for? Why? I’ll sell a song to Chanel when I’m 45 or 50. I’ll send three or four songs to Balmain. As far as trying to rap, f*ck no, I ain’t doing it. It’s not [that I have] a problem with it, it’s a problem with me doing it. I don’t want to do it at that point. I got other business and other sh*t to be doing. I got kids that gonna need more attention from me in 10 years.”

Elsewhere in the same interview, Gunna spoke about how it felt to have beaten The Weeknd for the #1 album when they faced off earlier this year, saying, “I feel this one because I had an opponent that was a pop star. I also feel like my album was anticipated. DS4 had everyone waiting on this sh*t, and it had been a while, and I was teasing this sh*t. ‘Too Easy’ was anticipated as f*ck for the album. I was already ready. I had two or three videos ready, but it was clutch timing and just waiting on that window.”

What do you think about Young Thug’s plan to retire once he reaches 45 or 50-years-old?