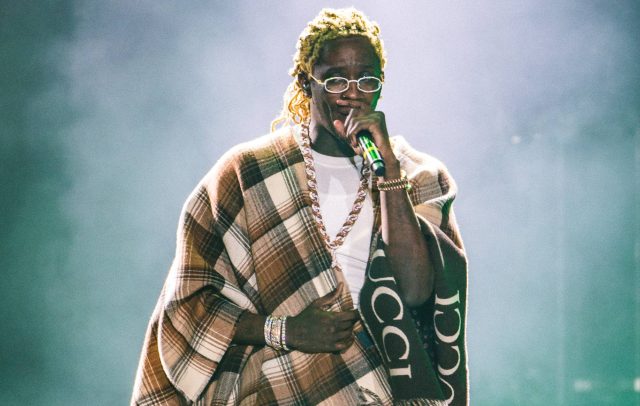 Young Thug is arguably one of the most influential rappers from Atlanta. The Punk artist has been in the game for over a decade and still has the industry on lock.While he’s usually trending for his music releases or fashion statements, the 30-year-old is currently grabbing the media’s attention because of his recent video. While sitting in the studio, Thug– whose real name is Jeffery Lamar Williams– began giving his opinion on poor people who choose to become parents.”God needs to set some rules,” he said into the camera, “We need new rules. We need a new oath.” He went on to elaborate on how men with no money should not be able to ejaculate. “You’re bringing poor kids into this world f*ck n*gga. You’re making n*ggas rob, and kill, and steal because you’re running around with no type of career, no nothing.”

This wouldn’t be the first time the artist has expressed his feelings about low-income parents. Back in 2015, he took to Twitter in an effort to get custody of his children. In one of those tweets, he wrote, “I just wanna no y should a peasant with no job, or future, or apartment/house/condo have custody of a rich mans child!! I’m lost …”

That wasn’t the only topic he chose to discuss, though. In another video in the same setting, he is seen speaking about women who ask for too much but have little to offer. “When you ain’t got nothing,” started Young Thug, “don’t work for nothing, don’t have a future… you’ve got to adjust to whatever a n*gga do for you.” He also stated, “You can’t want top-tier situations and you’re the bottom of the barrel.”

Do you think Thugger is speaking facts? Watch both clips below.