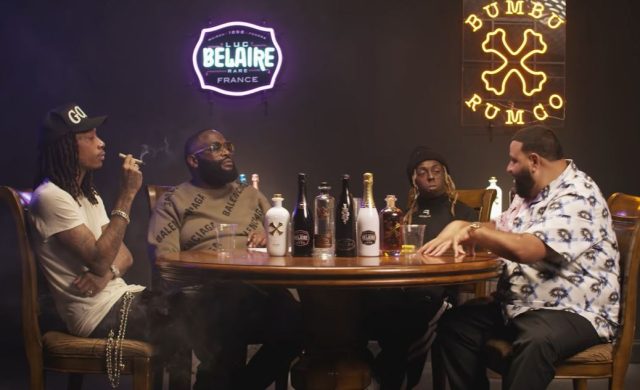 On the first episode of 2022 for the Self Made Tastes Better series, big things are taking place. In never before seen fashion, some of the hottest names in music history visit the roundtable to share life experience and anecdotes on their journeys thus far.

Rick Ross, DJ Khaled, Lil Wayne, and Wiz Khalifa have all went through trials and tribulations to attain the level of notoriety and respect they’ve garnered over their lengthy careers. In this discussion they break down some specific instances and occurances, delving into the thought processes they had as things happened to and around them. In doing so, they spoke with the intention of teaching younger generations what is possible and what mistakes not to make.DJ Khaled, with a music journey spanning nearly 3 decades, spoke on the days of vinyls and casette tapes. Reflecting on much earlier times in music, he expounded upon how Hip Hop opened doors for a multitude of artists. In speaking of these artists, Khaled introduced Wayne and Ross to the conversation – two rappers whose lives have been drastically shifted through Hip Hop music.

Ross and Khaled have a longstanding relationship. The level of mutual respect between the two is incredibly high, and Ross shed some light on how Khaled is able to make so many connections in the space he’s in: “You’re authentic. That’s the only way you could gain the trust of a Weezy or a Wiz. You know how much it would cost to make that call and put that record together right now?!”

Also reflecting on his earlier start, prior to becoming a worldwide sensation, Wayne looked back to his Hot Boy$ days. He details his noted shift in perspective, saying “I was way too young to understand the size of what it could be. When I was twelve, eleven, I saw no further than the city. The world didn’t matter to me.”

Wiz Khalifa, the youngest of the group and understandably the latest to reach stardom, sung his praises to the artists present. They all influenced him in some form or fashion. “I’m a product of all of y’all. Your mixtape era, you going crazy, you figuring out who the fuck Rick Ross is right at the time when you turned into the Boss. And that sh*t influenced me…and I was able to be like, you know what this is what I wanna do.”

Check out the full interview below: