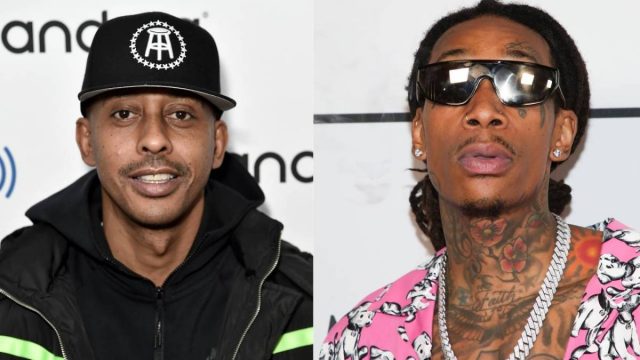 Wiz Khalifa says that he had nothing to do with Gillie Da Kid’s Instagram getting taken down, after the rapper alleged that Khalifa snitched to get him removed from the platform. Khalifa claims he even offered to help Gillie get his account back.

“I didn’t get that child’s Instagram deleted,” Khalifa wrote on Twitter, Sunday. “I even offered to help him get his page back and he declined. See ya.”

Gille had trolled Khalifa on Instagram by making fun of his recent gym attire.

“Every time I come on my page, man,” Gillie said. “You in ya draws, man. You giving up strap and ball action, man. Everyday, man? I can’t do eight balls in the corner pocket when I wake up, man. So, I had to unfollow you, playa.”

Khalifa appeared upset by the comment, writing that he’s “not responsible for your childhood trauma,” in response.

Later, Gillie took to Twitter to report that his page was taken down for “bullying” and claimed that Khalifa had snitched: “U tell a ni$$a put sum shorts on he tells IG ur bullying him and gets ur page deactivated ni$$a I was playing des rappers so pu$$y.”

I didn’t get that child’s instagram deleted. I even offered to help him get his page back and he declined. See ya ✌🏾