To put it simply, wabi-sabi is a Japanese concept — or world view, some might say — that teaches us to find the beauty in imperfect things, from the cracks of old, hand-crafted porcelain to the fades of a well-worn pair of denim. And though its visual flaws and repairs are mostly simulated, the upcoming Nike Air Max 1 Premium “Wabisabi” practices said philosophy, all the while celebrating Air Max Day 2022.

Exclusive to Asia and Latin America, the “Wabisabi” features quite a few tweaks to the silhouette’s construction as well as an earth-toned colorway. Autumnal hues, though more fit for Fall, find their place along the nubuck panels, which are attached to the canvas upper with thick stitching. Additional darning is highlighted in red, and though seemingly insignificant, the threads spells out “XXXV” in reference to the Air Max 1’s 35th anniversary. What’s more, the embroidered Swoosh is hastily done, jagged through its edges; the tongue hides commemorative graphics behind see-through windows; and the sole mimics the Japanese craft of Kintsugi, wherein pottery is mended with gold.

For a closer, more detailed look at the upcoming Air Max 1 “Wabisabi” — or “Premium” as it’s officially referred — see below. These will be hitting the above-mentioned regions on Air Max Day, March 26th. 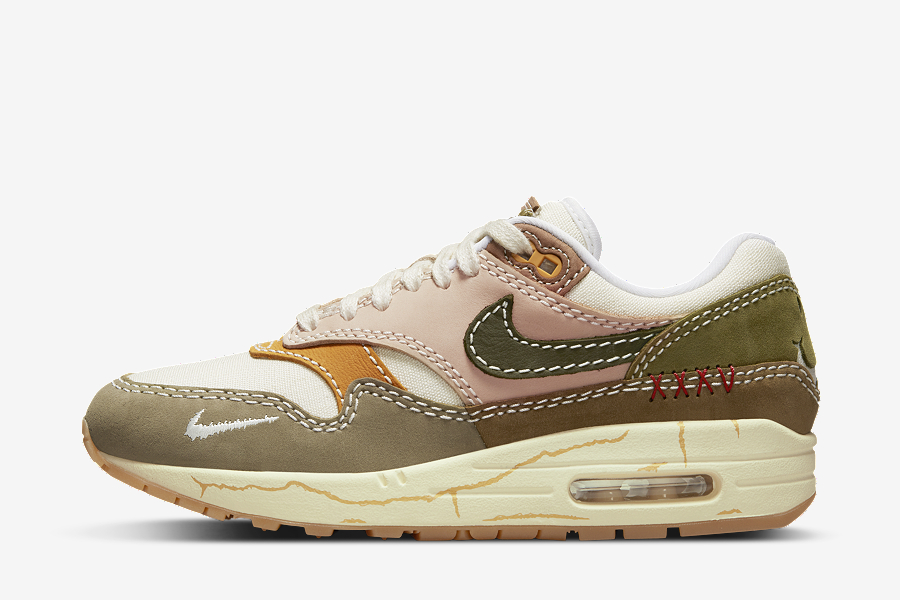 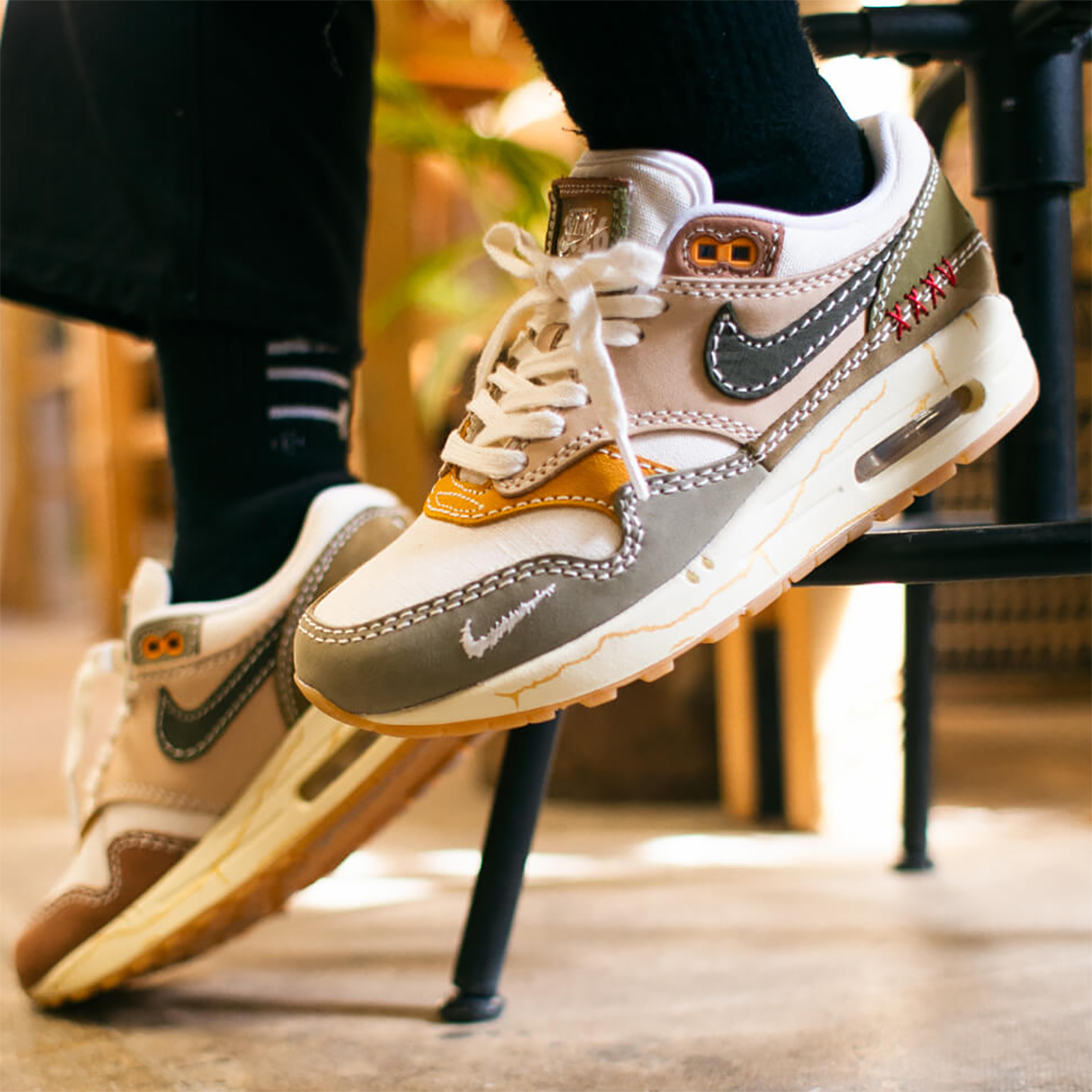 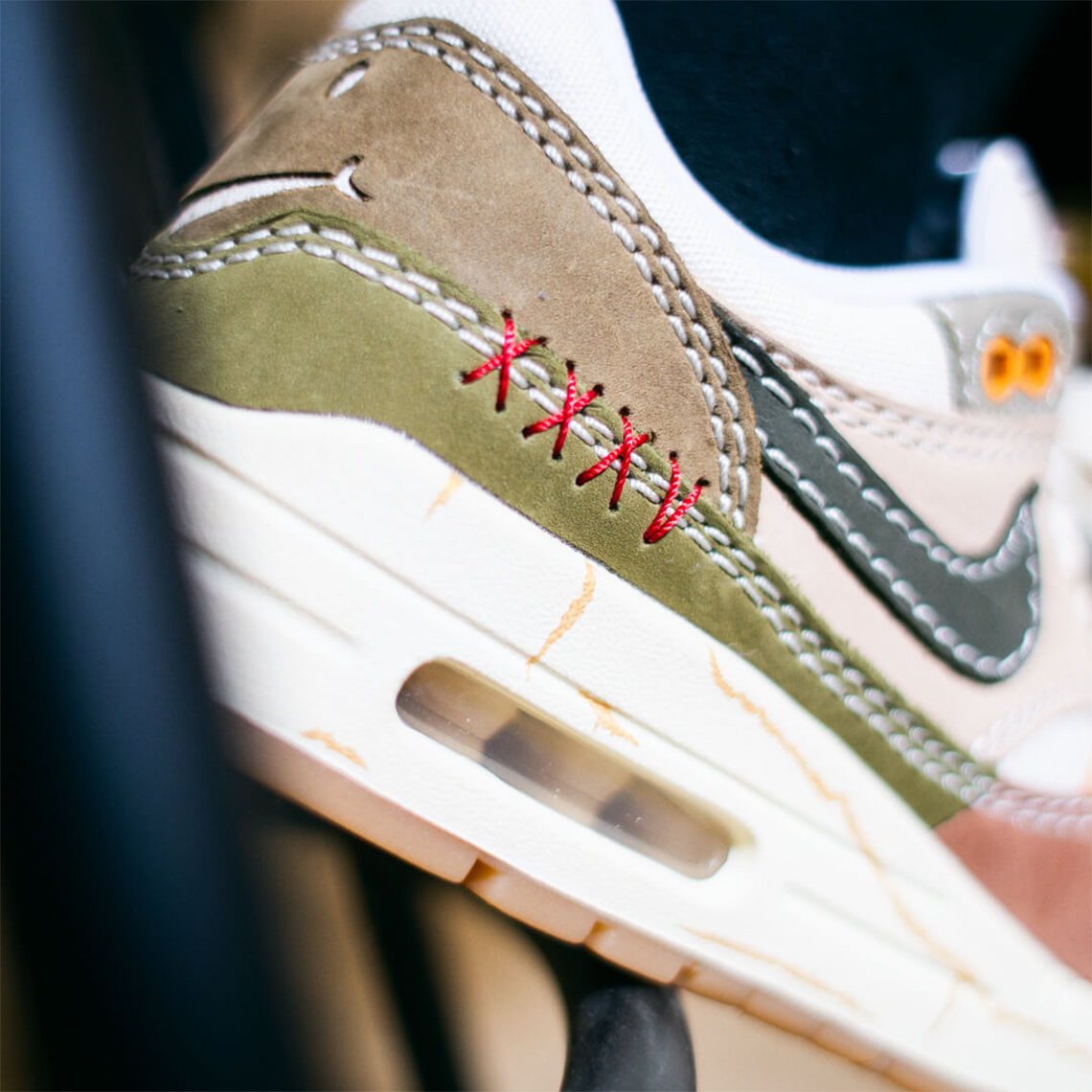