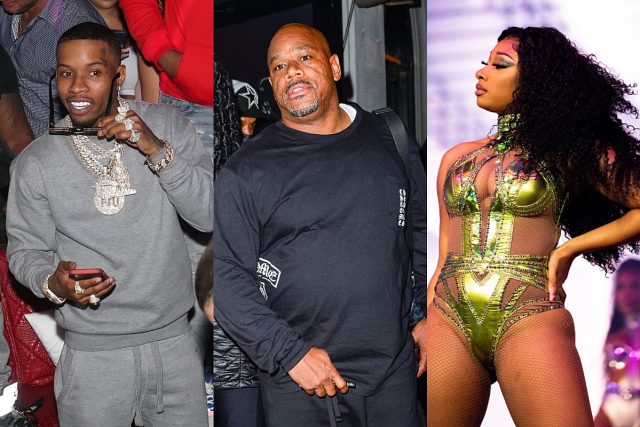 The case between Tory Lanez and Megan Thee Stallionremains a hot topic in the media. Tory Lanez found himself cuffed during a hearing earlier this year after a judge said that he violated a court order. Tory has opened up about the case on social media in the past, as has Megan Thee Stallion. However, Megan opened up fully about the evening of the shooting during a new interview with Gayle King. Meg discussed the events leading up to the shooting, and the immediate aftermath. Still, some people have questioned the validity of Meg’s claims.

Wack 100, who previously stated that he believes the charges against Tory Lanez will be dismissed, chimed in on Meg’s recent interview with Gayle King. Wack essentially called Megan Thee Stallion a liar for the interview, before suggesting that some of her allegations don’t align.

“Not only did we say you lied ‘YOU’ said ‘YOU’ lied. Now it went from saying you stepped on glass to a gun shot to the foot to I didn’t want them to Kill any of us!! I’m crying for @torylanez the REAL VICTIM,” he wrote. “All this needs to stop no DNA or prints on the gun and she’s still going. Guess we can call it the little boy that cried wolf. After all a #Stallion is a #Colt at birth right!! Hope that didn’t go over ya heads.”

After a fan alleged Megan Thee Stallion’s best friend, Kelsey Nicole, was actually the shooter, Wack responded, “Finally somebody with a brain.”

Check his comments below.