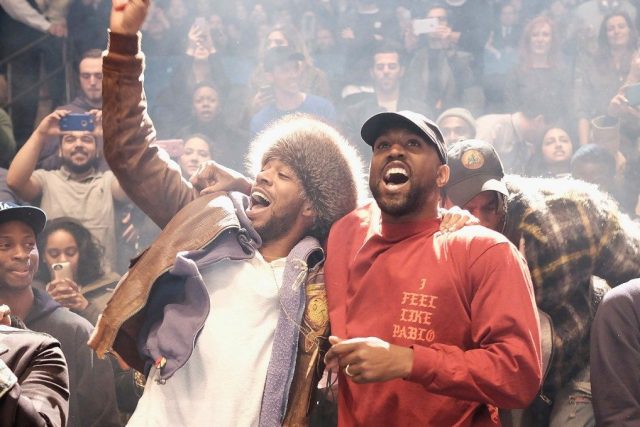 It’s a sad day for Kanye West and Kid Cudi fans. Early this morning (April 19th) the Man on the Moon hopped on Twitter to clear the air regarding some gossip about an upcoming collaboration between him, Pusha T, and Ye.

“Hey! So I know some of you heard about the song I got w/ Pusha,” the 38-year-old wrote to his fans. “I did this song a year ago when I was still cool w/ Kanye. I am not cool w/ that man. He’s not my friend and I only cleared the song for Pusha cuz that’s my guy. This is the last song [you] will hear me on w/ Kanye.”

Over the years, the duo has given us hits like “Ghost Town,” “Gorgeous,” “Make Her Say,” and of course, their beloved 2018 collaborative project, Kids See Ghosts, featuring titles like “4th Dimension,” “Reborn,” and “Cudi Montage.

The upsetting news has left a lot of fans feeling as though they’re mourning a pretty major loss upon hearing about the bromance breakup. On one side of things, some fans appear to be upset with Scott Mescudi’s boundaries.

“No longer a fan of you for this,” one user replied to his post. “Where would you be in life if Kanye never gave you a chance in that record store all those years ago? How quickly they forget…”

“If you’re really mad at Kid Cudi over this Kanye situation, I already know you lack common sense,” someone else argued. “People mad at Cudi for this tweaking,” another person wrote. “Kanye publicly humiliated the one friend who always stuck by his side for no reason. I’d be pretty upset too.”

Check out more Twitter reactions to news of Kanye West and Kid Cudi’s upcoming final collaboration below, and let us know what your thoughts are in the comment section.

Really is sad to see. https://t.co/PfqaiXXpuc

No longer a fan of you for this. Where would you be in life if Kanye never gave you a chance in that record store all those years ago?

How quickly they forget…