As Trey Parker and Matt Stone continue to commentate on everything from celebrity crypto currency endorsement to the ills of teenage boys via South Park’s 25th season, they’ve also lent their iconic roster of characters to adidas. On Monday, March 21st, both parties are releasing a six-pair sneaker collection exclusively at Foot Locker and Champs Sports.

Consisting of both adidas Originals and modern-day designs, the capsule brings South Park, Colorado’s bestest of friends to footwear form. Beyond simply recreating classic silhouettes with direct nods to figures like Kyle Broflovski and Stan Marsh, the Three Stripes has referenced specific moments throughout the series’ 25-year-run. The adidas Forum Low “A.W.E.S.O.M.-O 4000,” for example, calls back to a “computerized automotron” Eric Cartman disguises himself as in order to take advantage of Leopold “Butters” Stotch. The naive, blond-haired eight-year-old also gets his own sneaker, though his adidas NMD R1 V2 is inspired by his Professor Chaos alter ego.

In addition to covering the aforementioned silhouettes in cardboard-inspired leather and aluminum foil helmet-reminiscent detailing, other styles in the South Park x adidas collection faithfully recreate the outfits of the aforementioned Kyle and Stan, as well as the ever-unlucky Kenny McCormick. All six pairs also indulge in some of the Three Stripes’ own sustainability efforts, with the Stan Smith “Stan Marsh,” for example, featuring at least 50% recycled content.

Enjoy images of the entire capsule ahead, and find the shoes dropping exclusively at Foot Locker in the U.S., E.U. and Canada on Monday, March 21st; select EMEA and APAC locations will also carry the pairs. Pricing is to be disclosed.

For more from under the Three Stripes family, check out all remaining Yeezy release dates 2022. 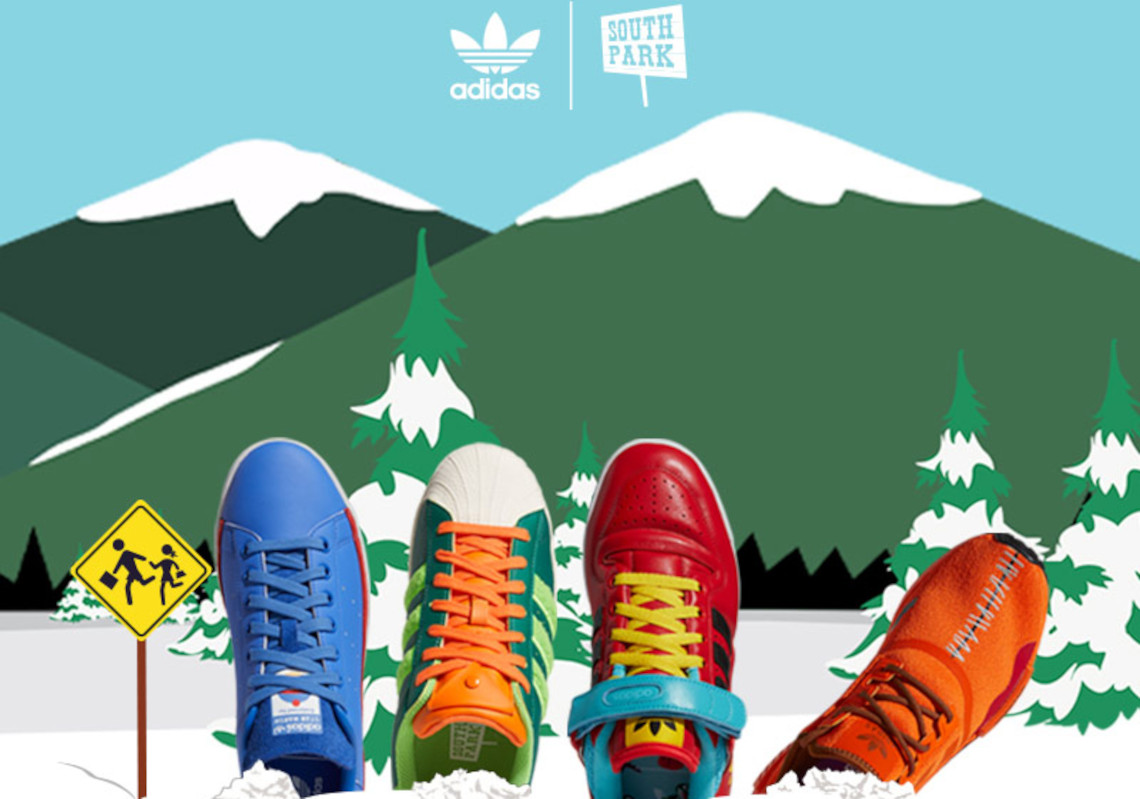 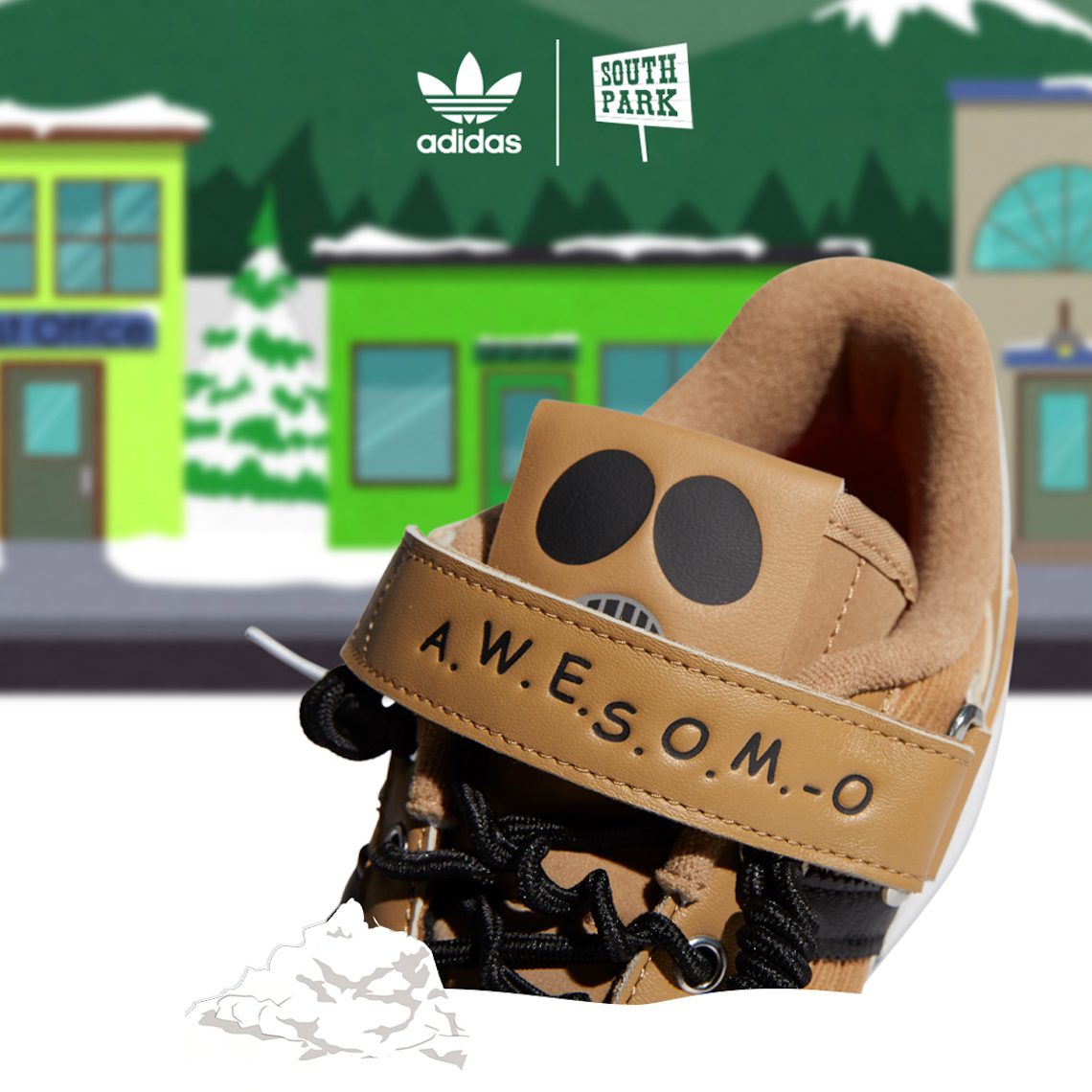 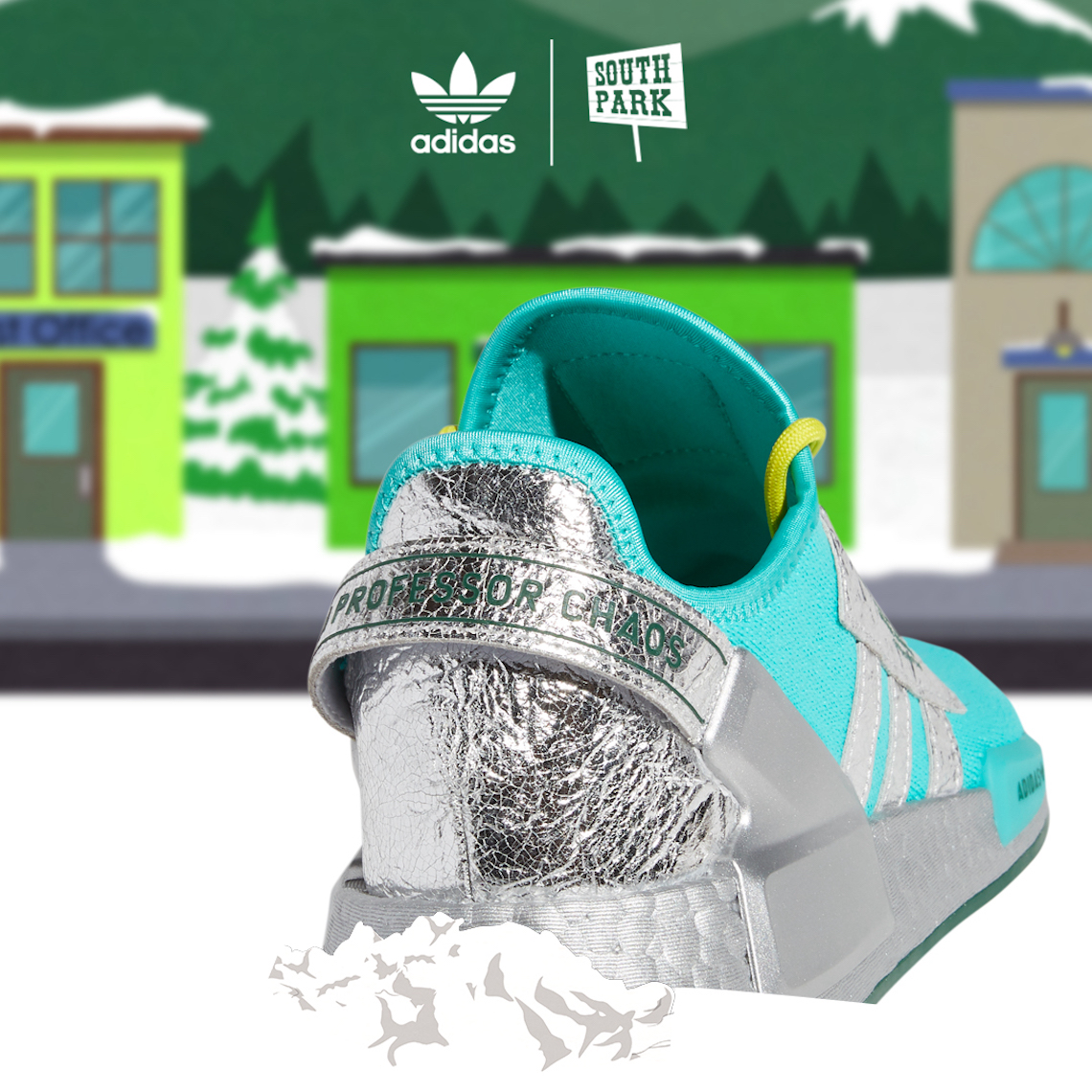 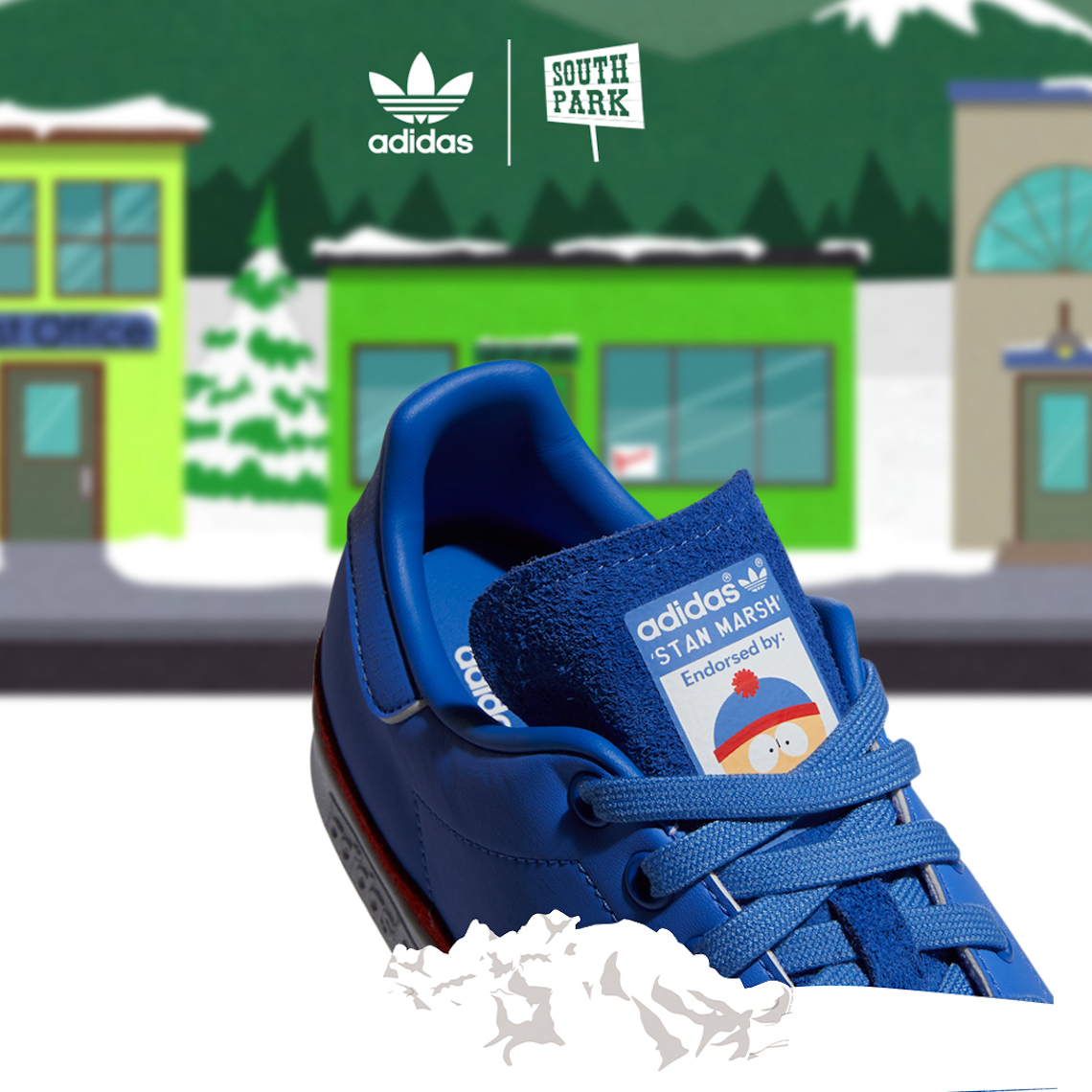 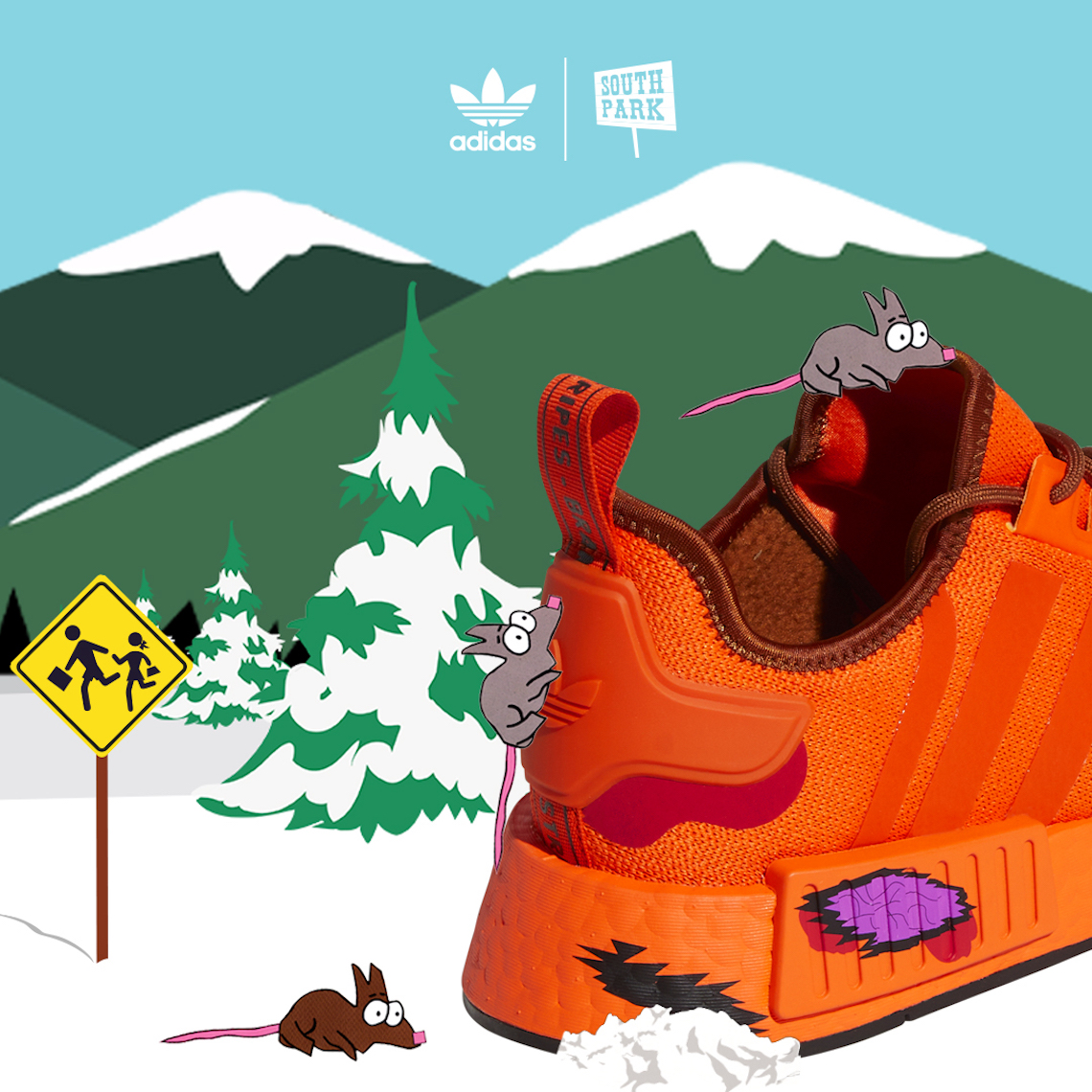 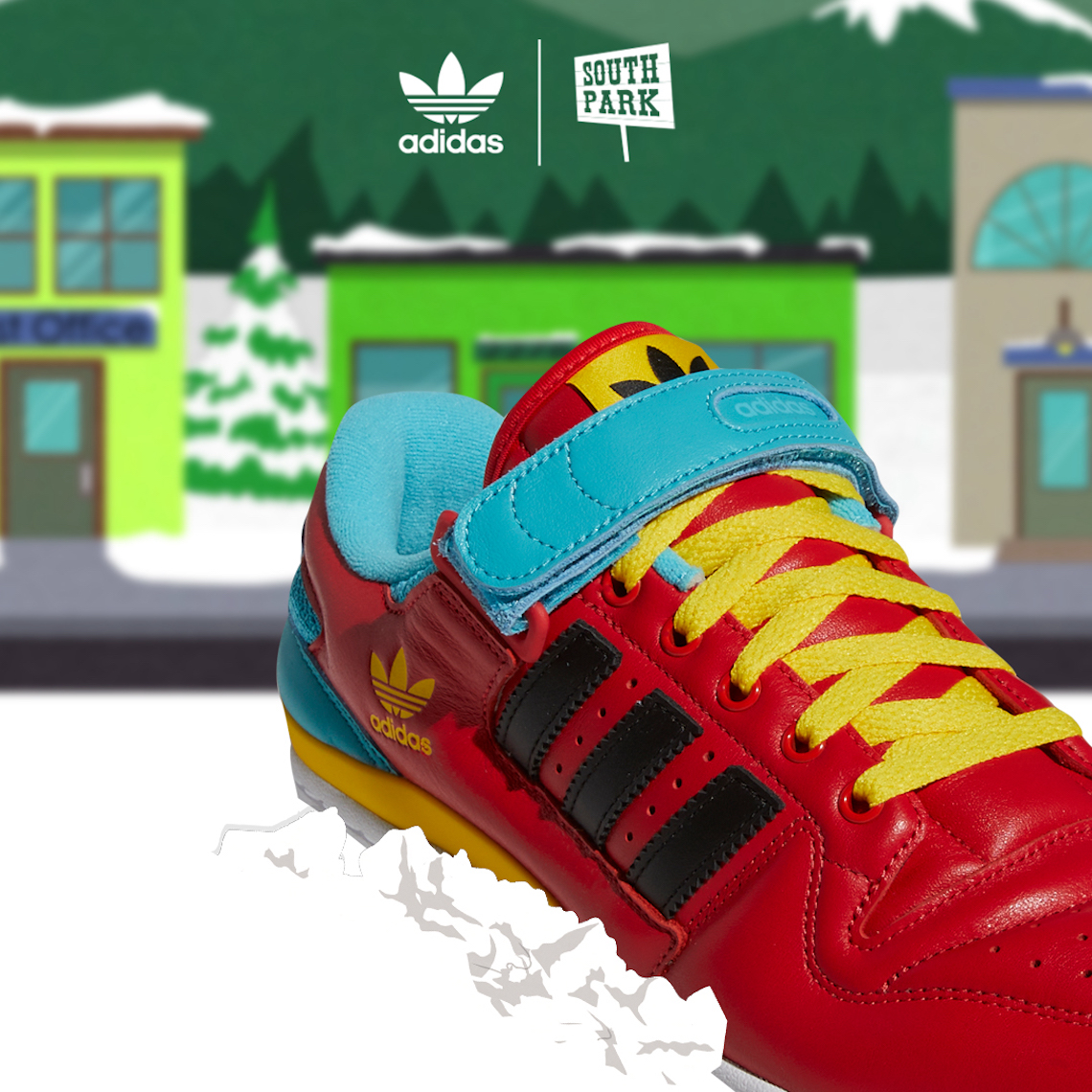