As you may have heard by now, Nike is releasing an SB Dunk Low inspired by Bart Simpson, the eldest son and mischievous hell-raiser of the Simpson family. Bart joins father Homer and mother Marge in the family of SB Dunk drops, although it’s clear that Bart has the most clear-cut tie to the shoe based on his own obsession with skateboarding. Although none of the Simpson Dunks feature no outright trademarks of The Simpsons or the character, it’s one of the more fondly remembered sequences in Nike SB history, and with Lisa and Maggie yet to receive theirs, it only increases the chances of this series extending.The design of the shoes keeps consistent with Nike’s choice to dress the shoes after the character’s signature outfits. The upper features a playful yellow, orange, and blue to match the character’s skin-tone and outfit, while the white Swoosh represents the socks and soles on Bart’s feet. The bright green insole is a nod to his mode of transport.A release date is not yet known, but these are expected to hit skateshops and Nike SB accounts in the near future. 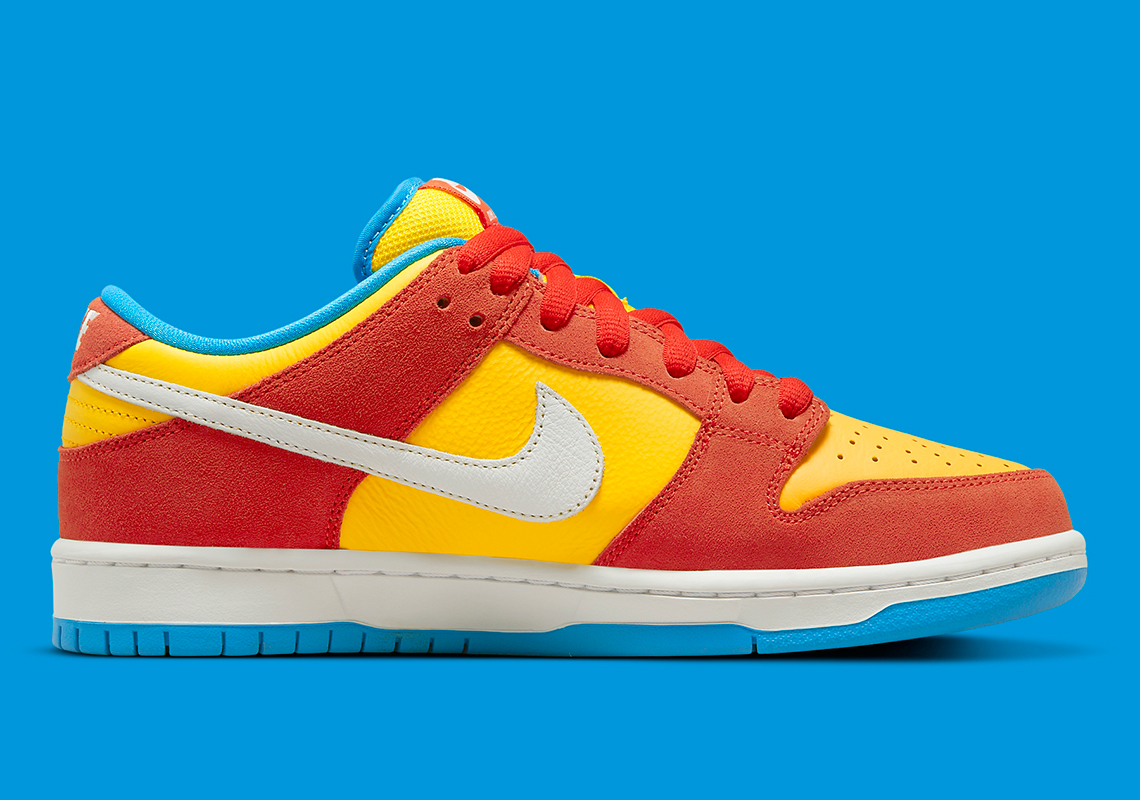 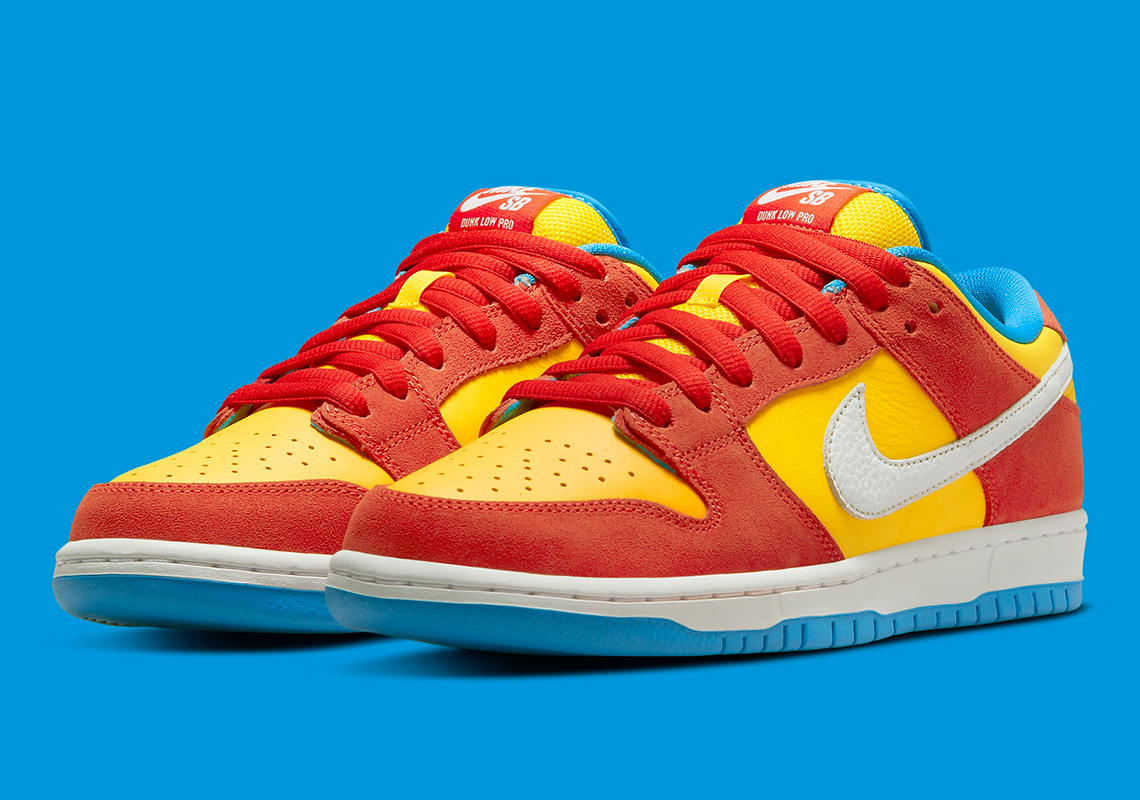 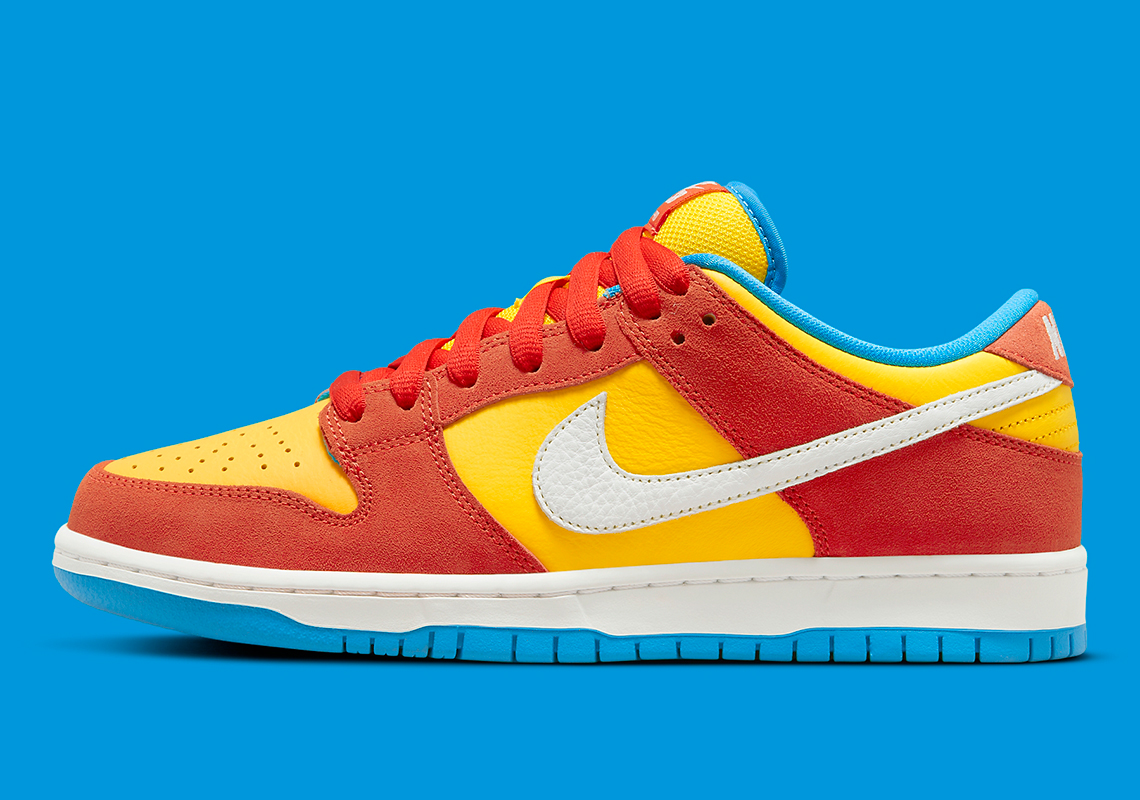 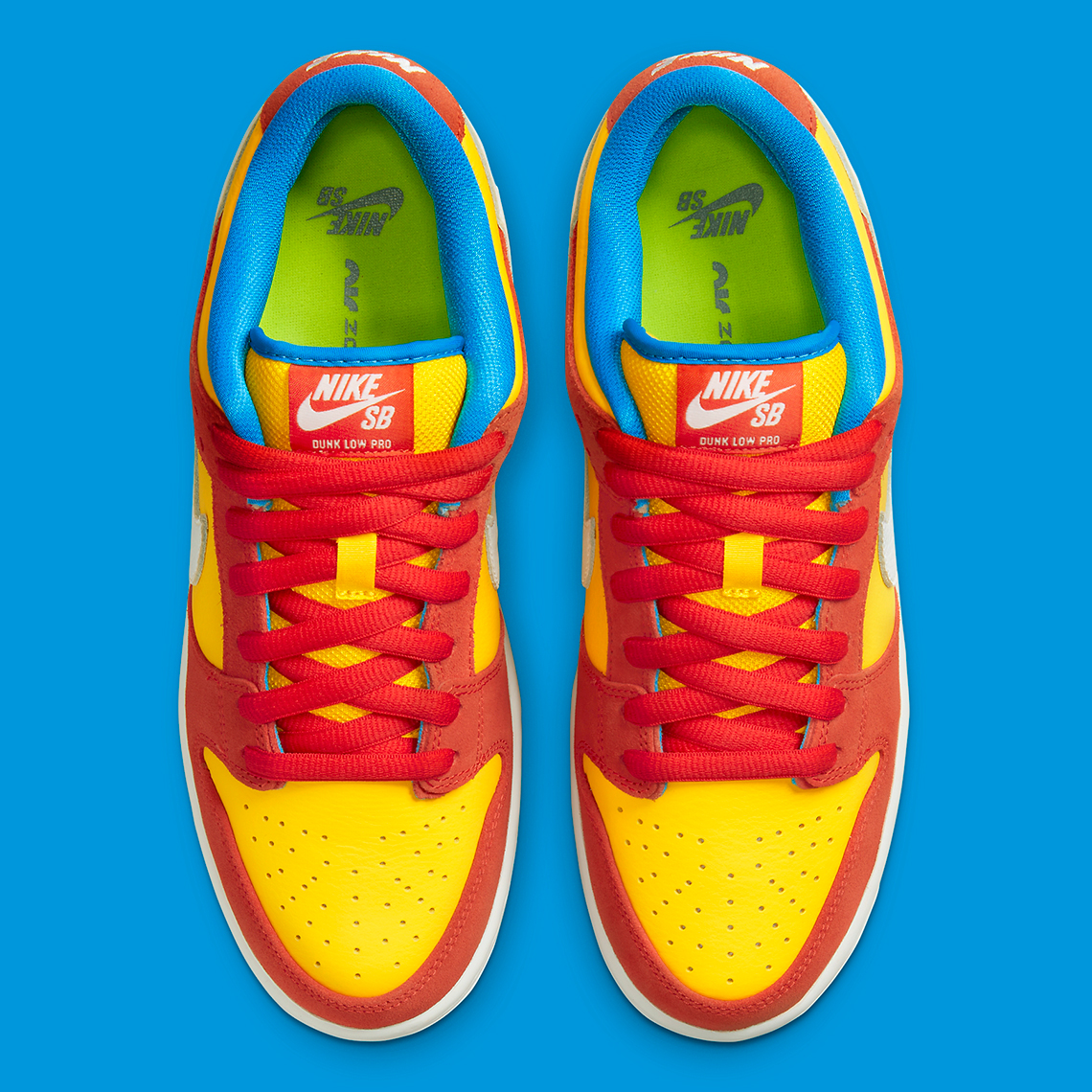 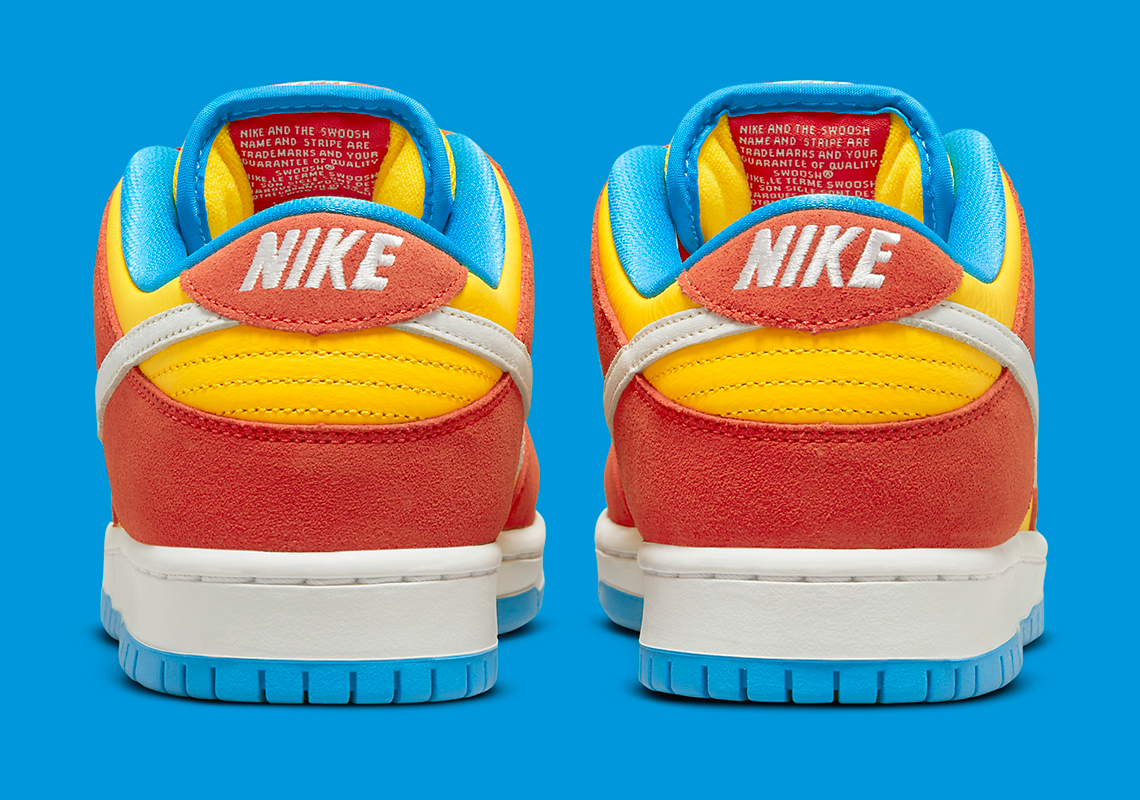 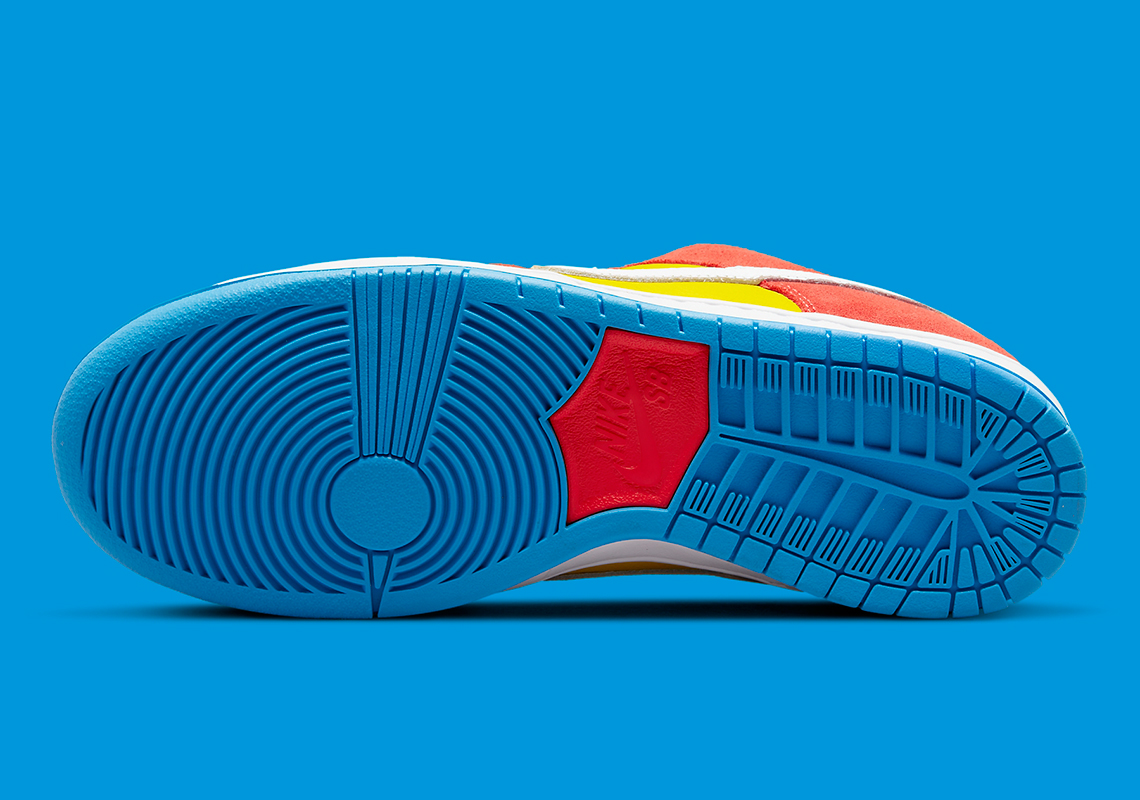 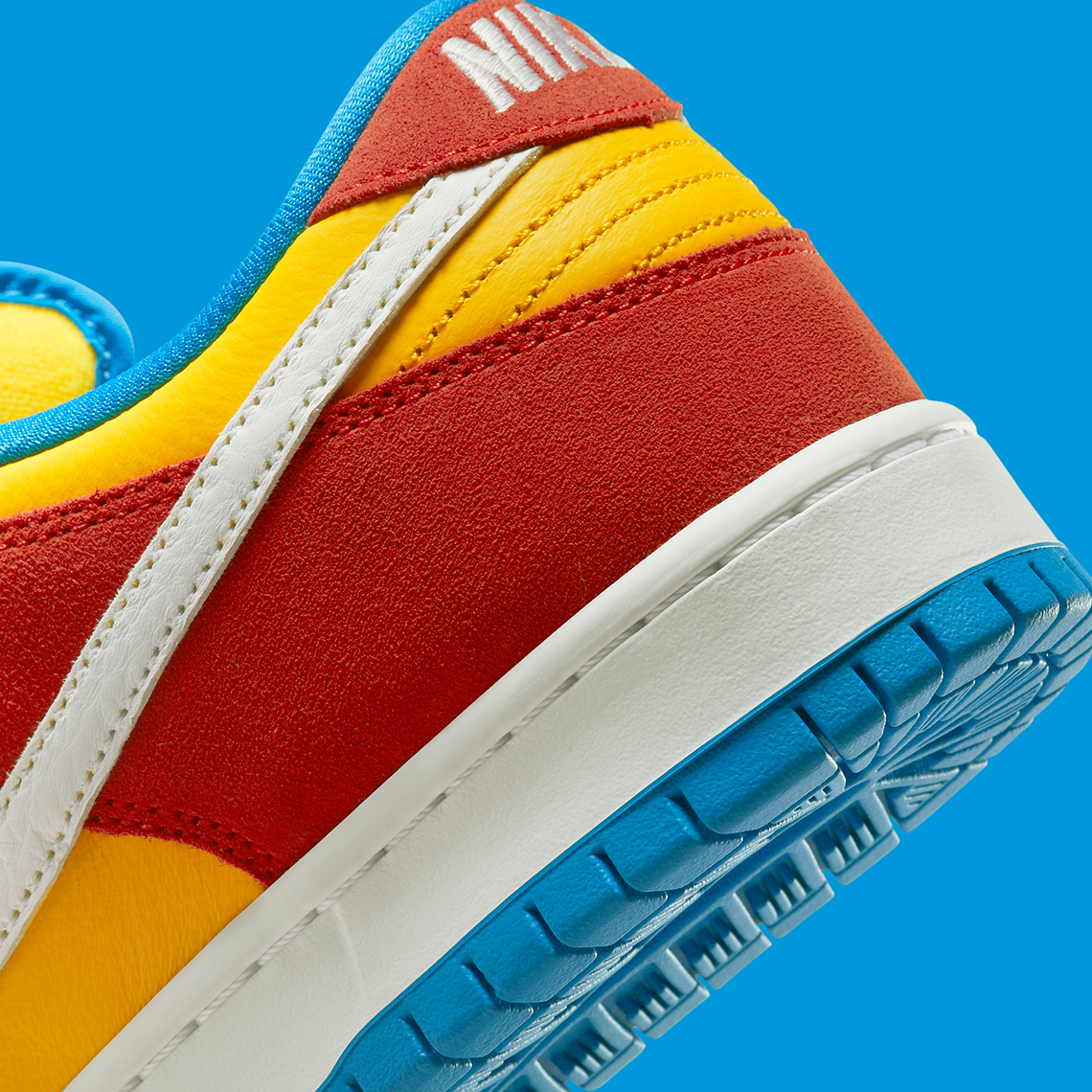 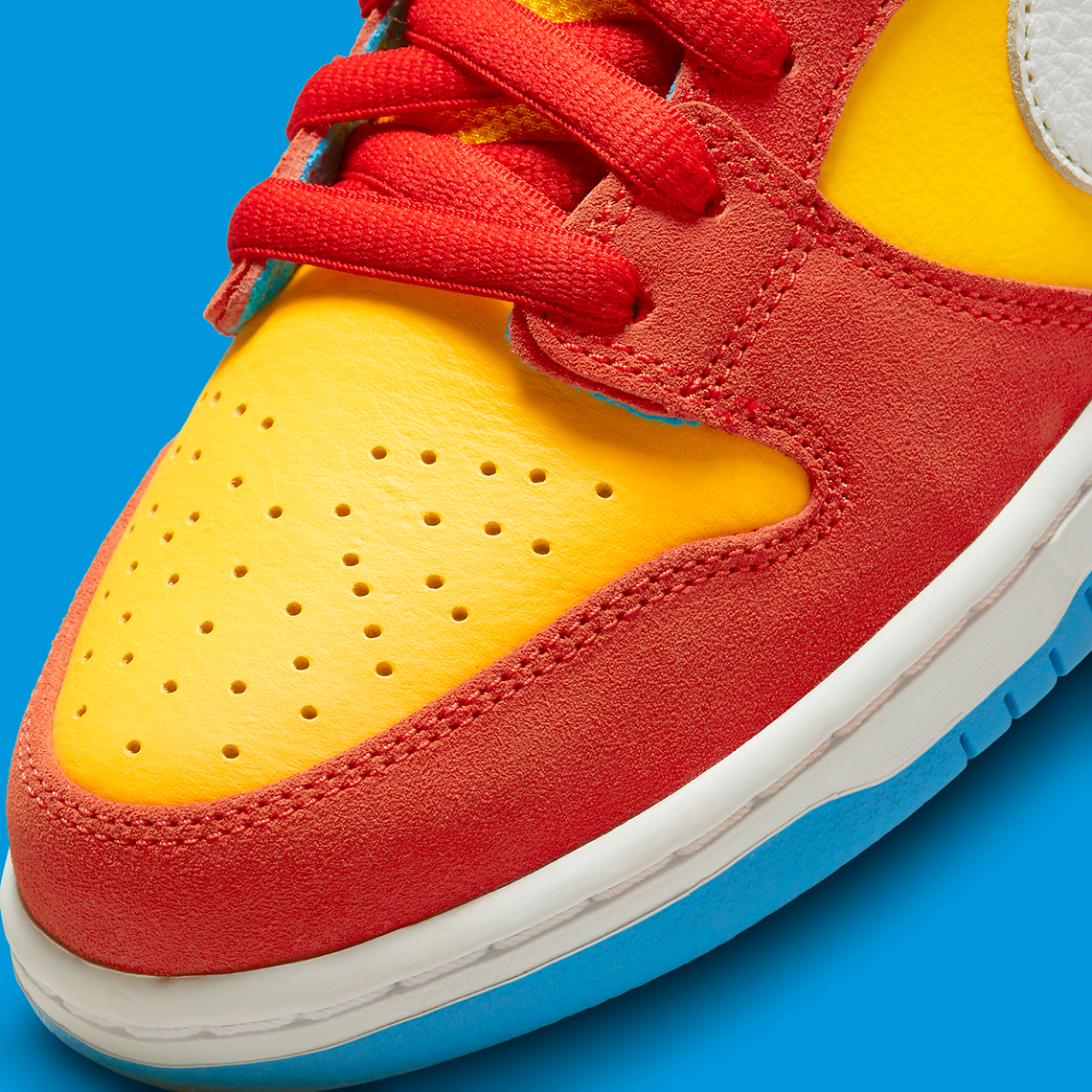