Joining the previously reviewed Nike Air Force 1 NAIKE in faded olive is a second variation in an equally worn in tan hue. Featuring the same batch of detailing, this latest NAIKE AF1 is highlighted by a midsole completely wrapped in a canvas layer featuring a unique pattern that commemorates the NAIKE styling.

Featuring a monochromatic tan from top to bottom, this Air Force 1 makes use of a unique tapestry on the mid-panel – a grid of + shaped symbols beneath the Swoosh logo. The NAIKE in Chinese characters is proudly placed on the heel as well as the insoles, while custom lace dubrae sees an opaque plastic with black dotting. In addition to the shoes, this package comes with a bandana/handkerchief with ancient-style patterns as well as a hangtag in the same weathered canvas.

This Air Force 1 NAIKE is likely dropping exclusively in Asia soon; see the official images ahead. 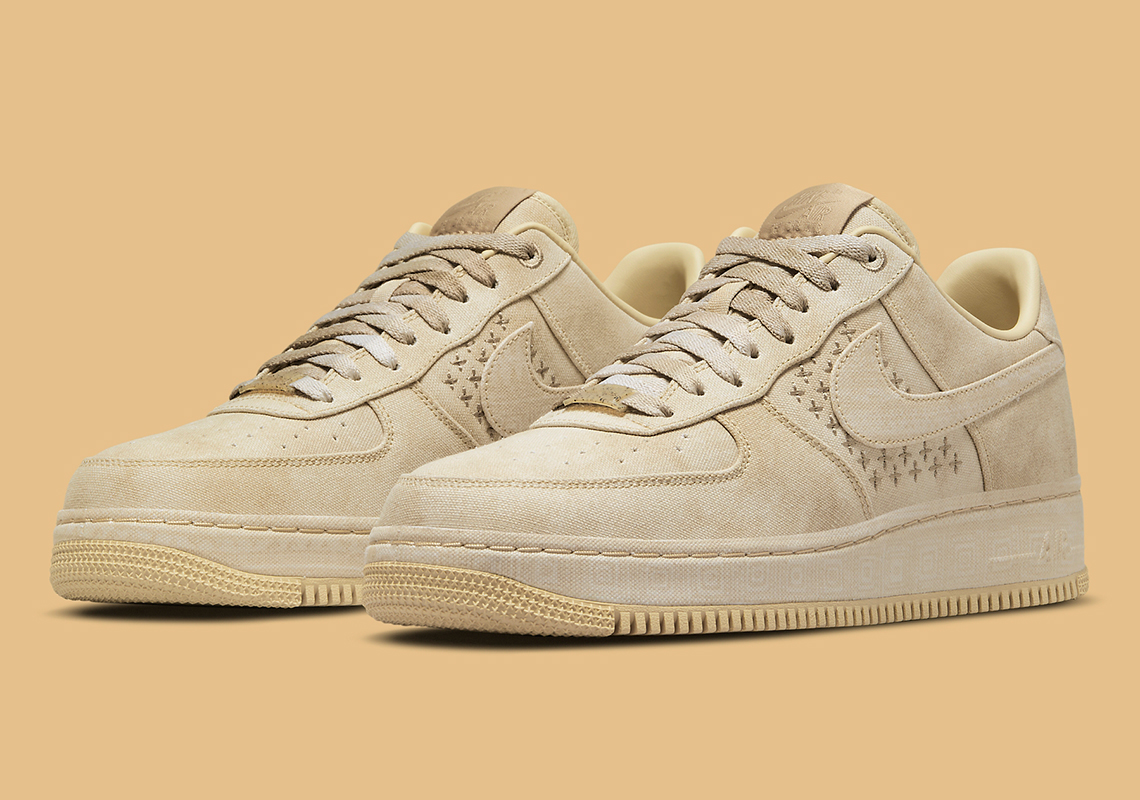 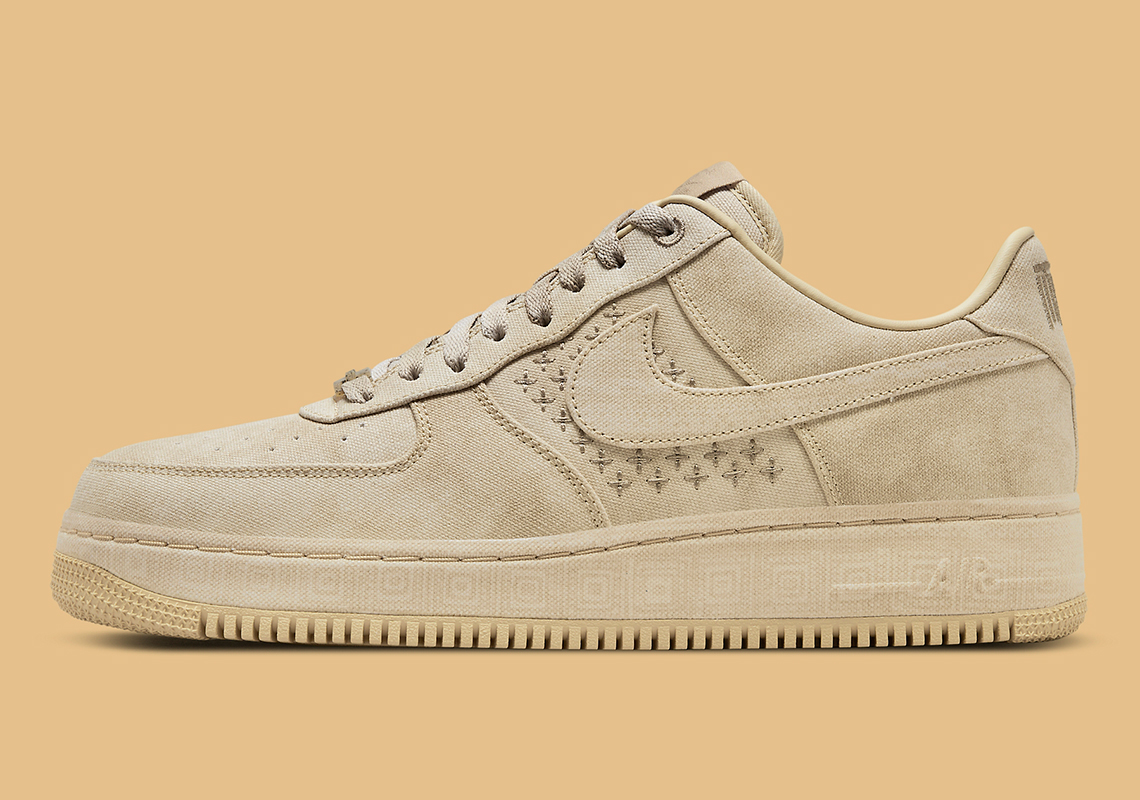 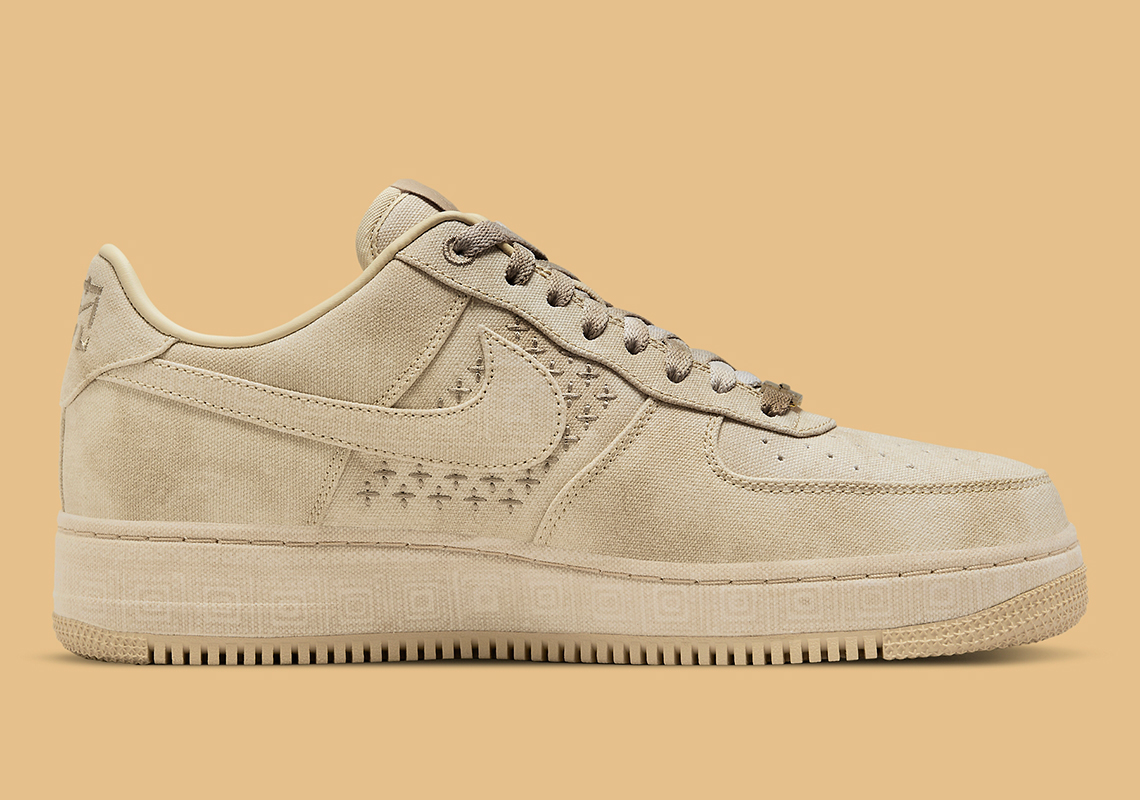 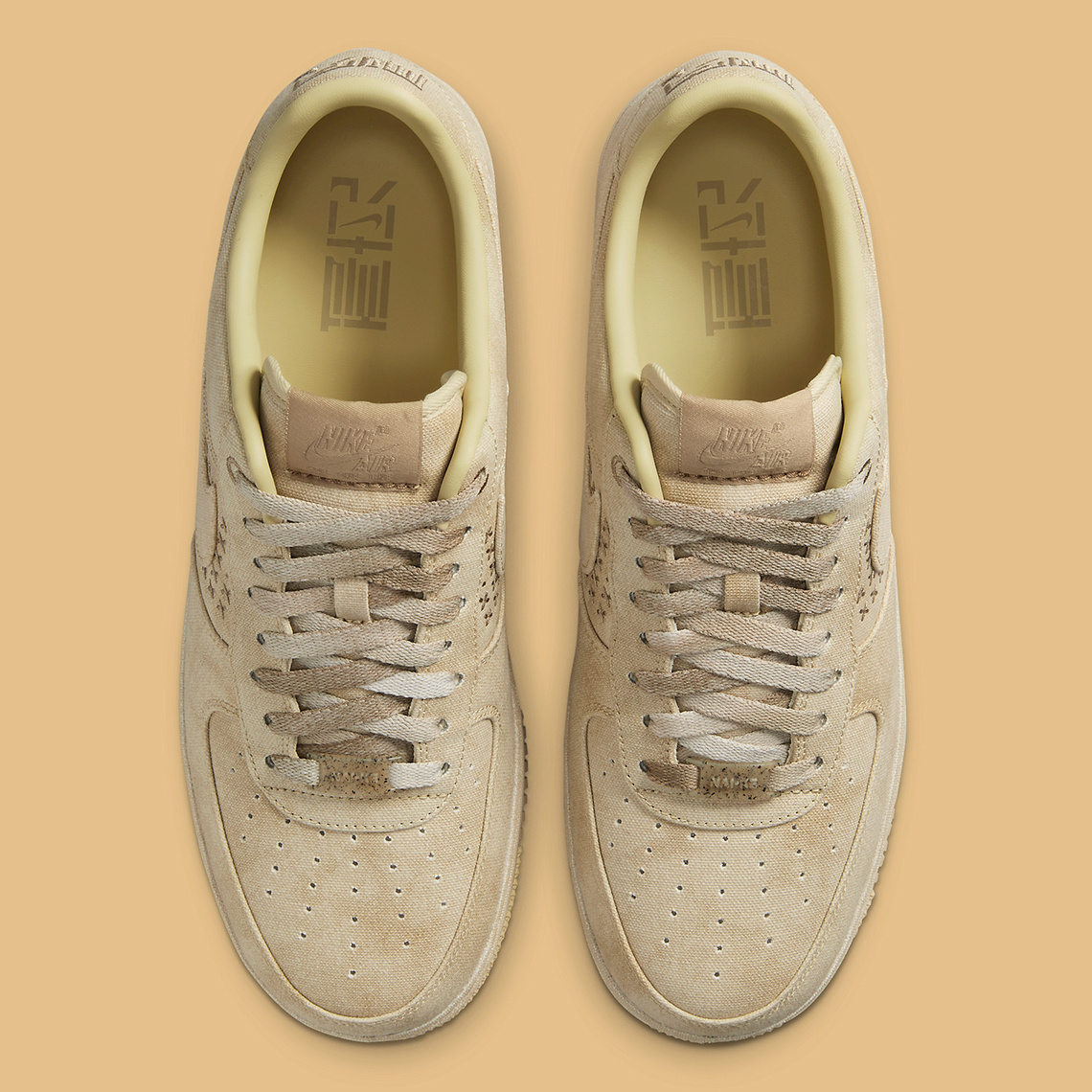 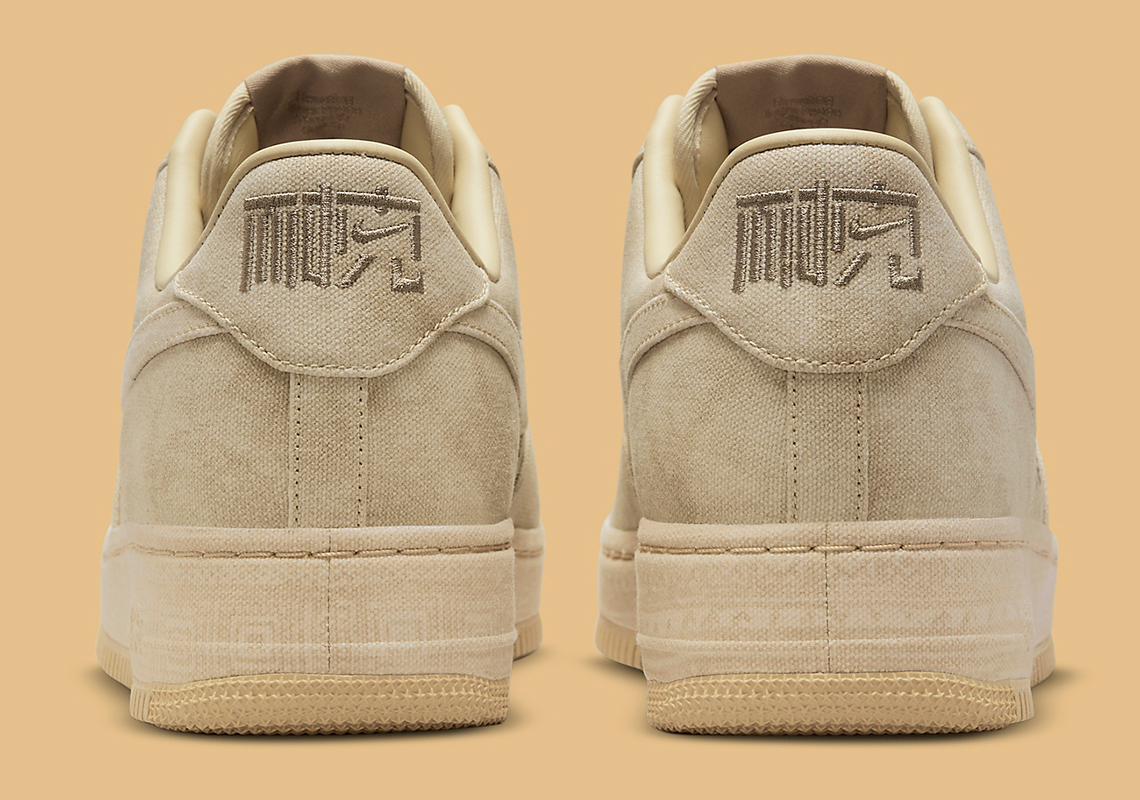 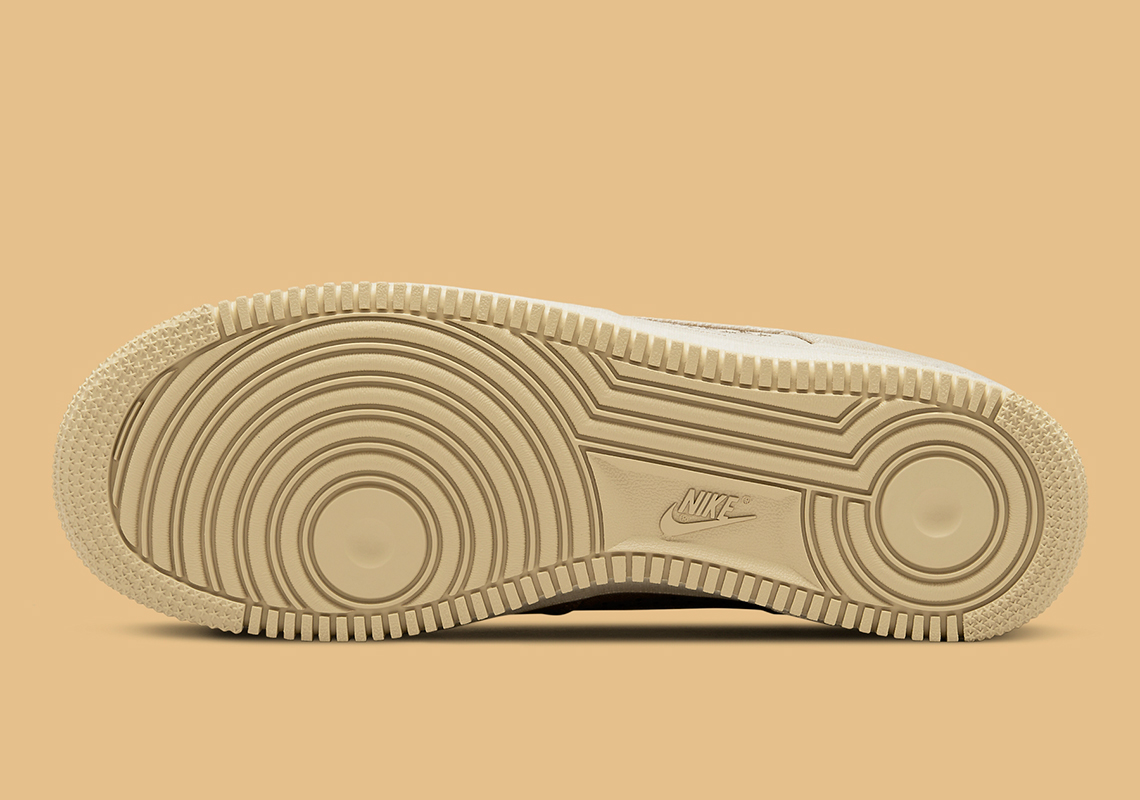 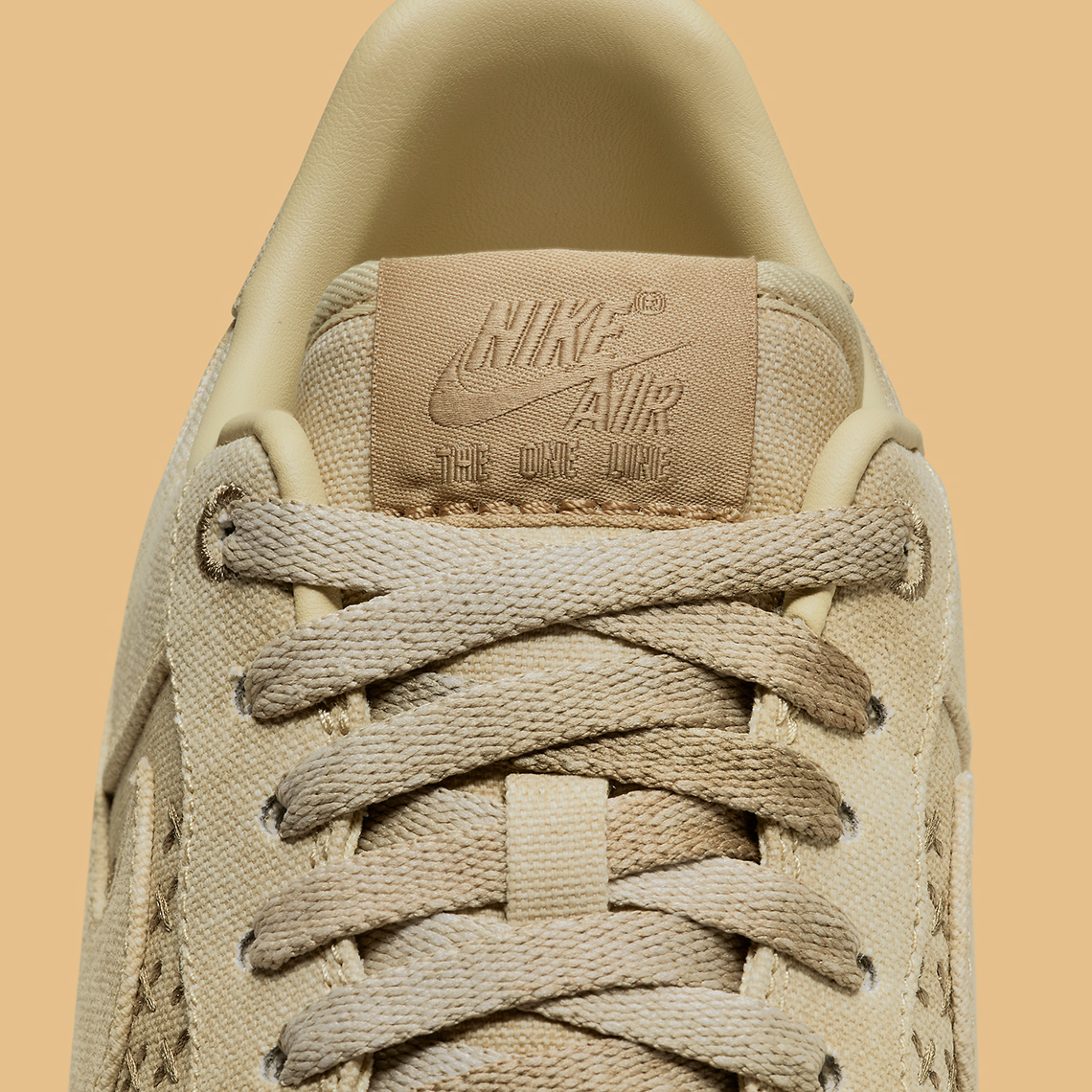 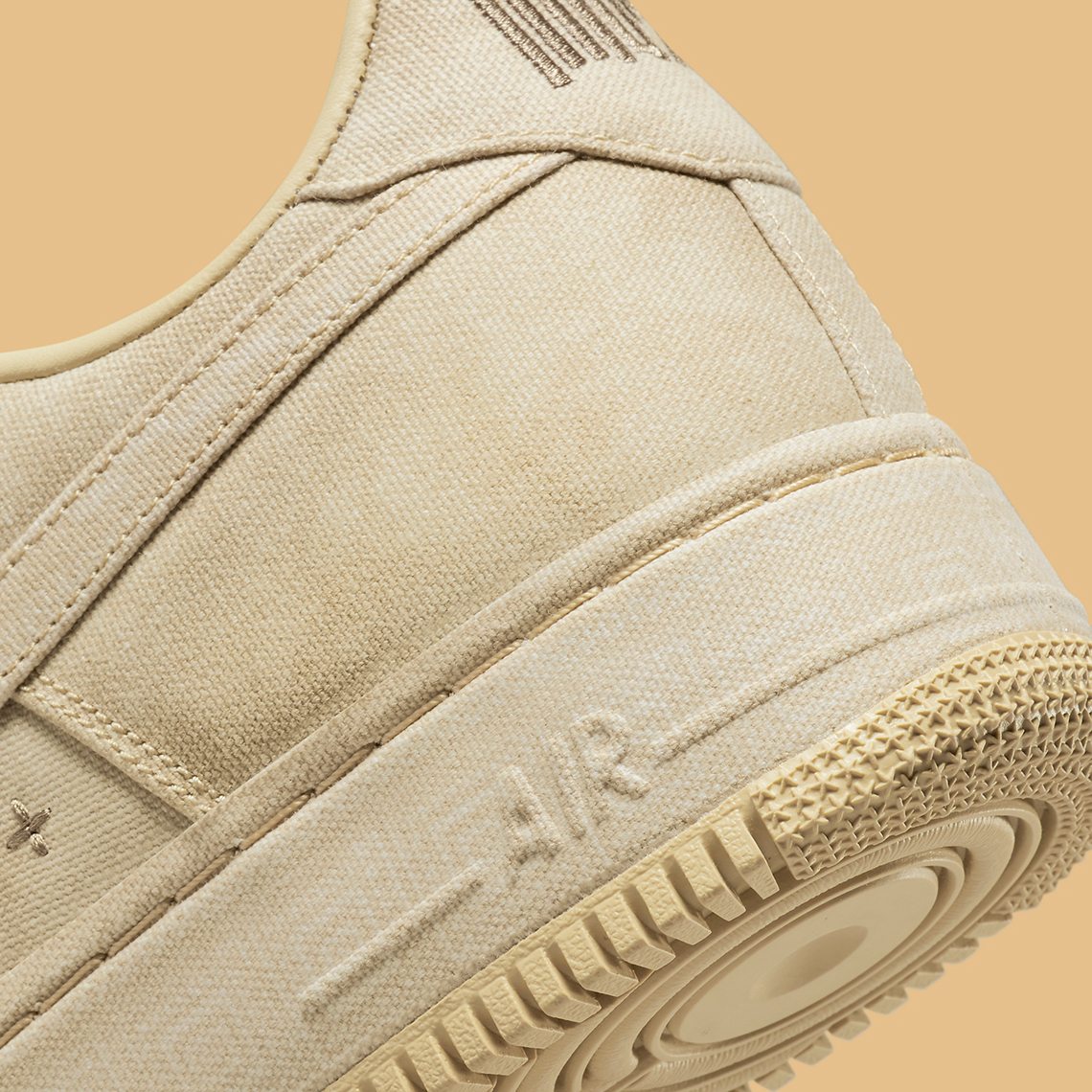 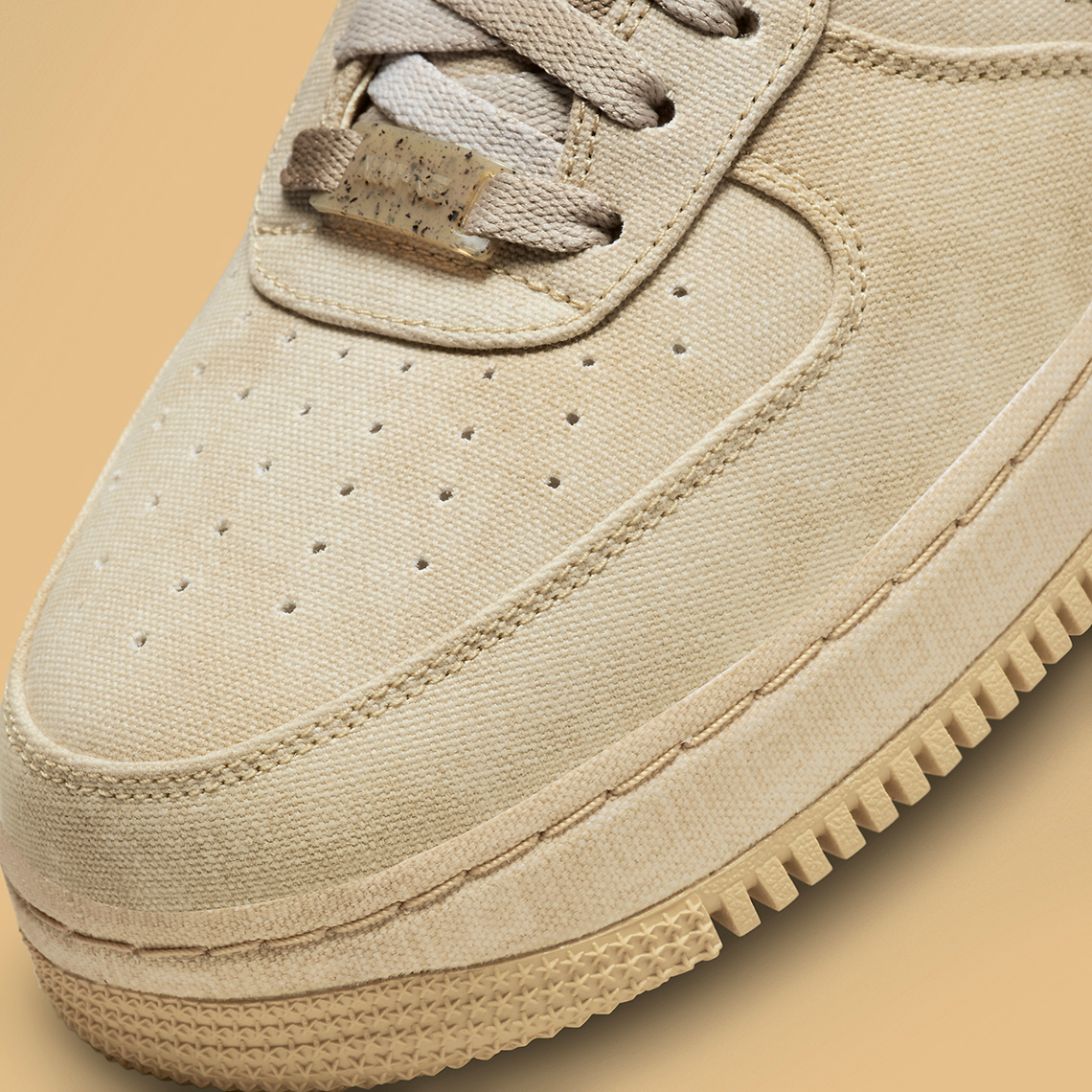 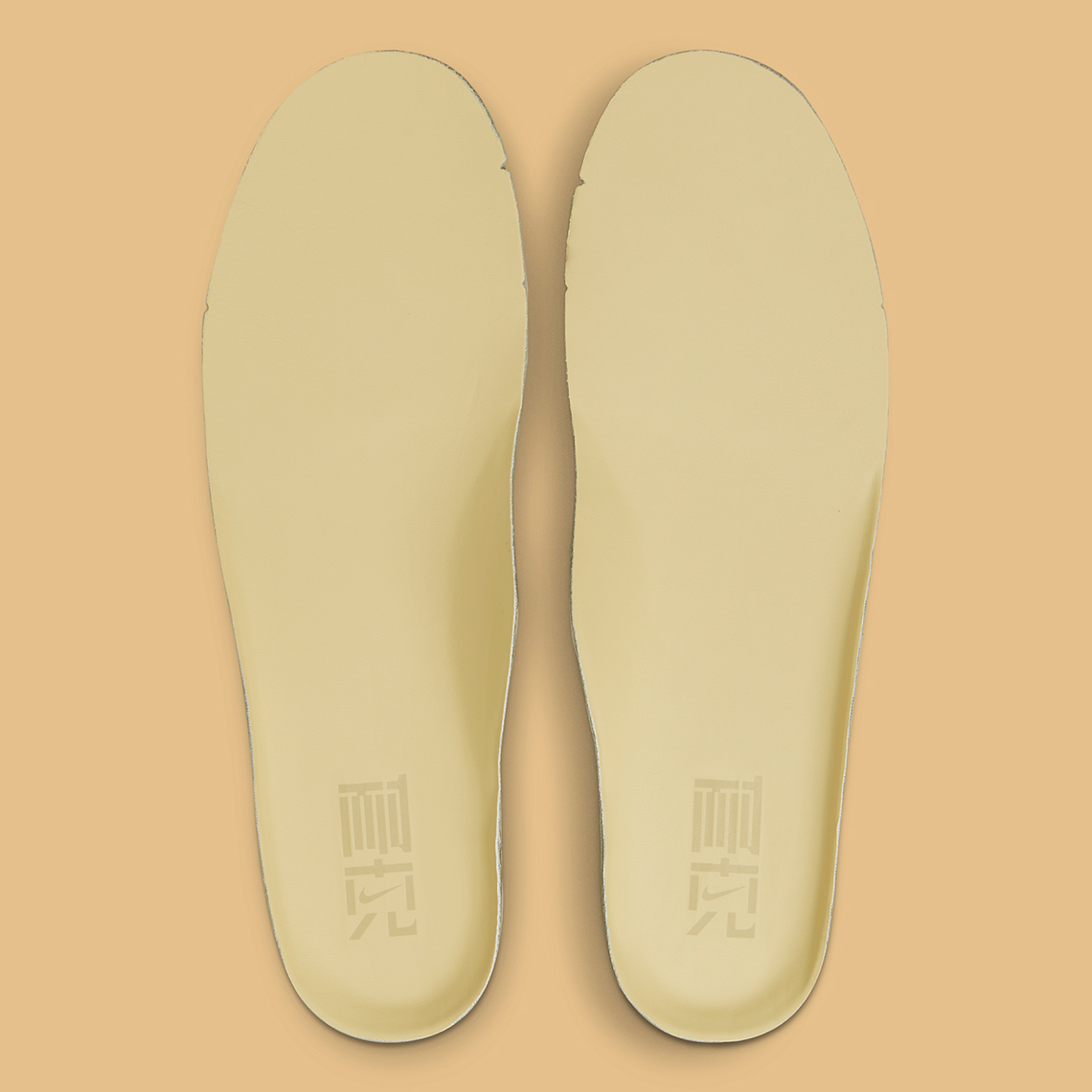 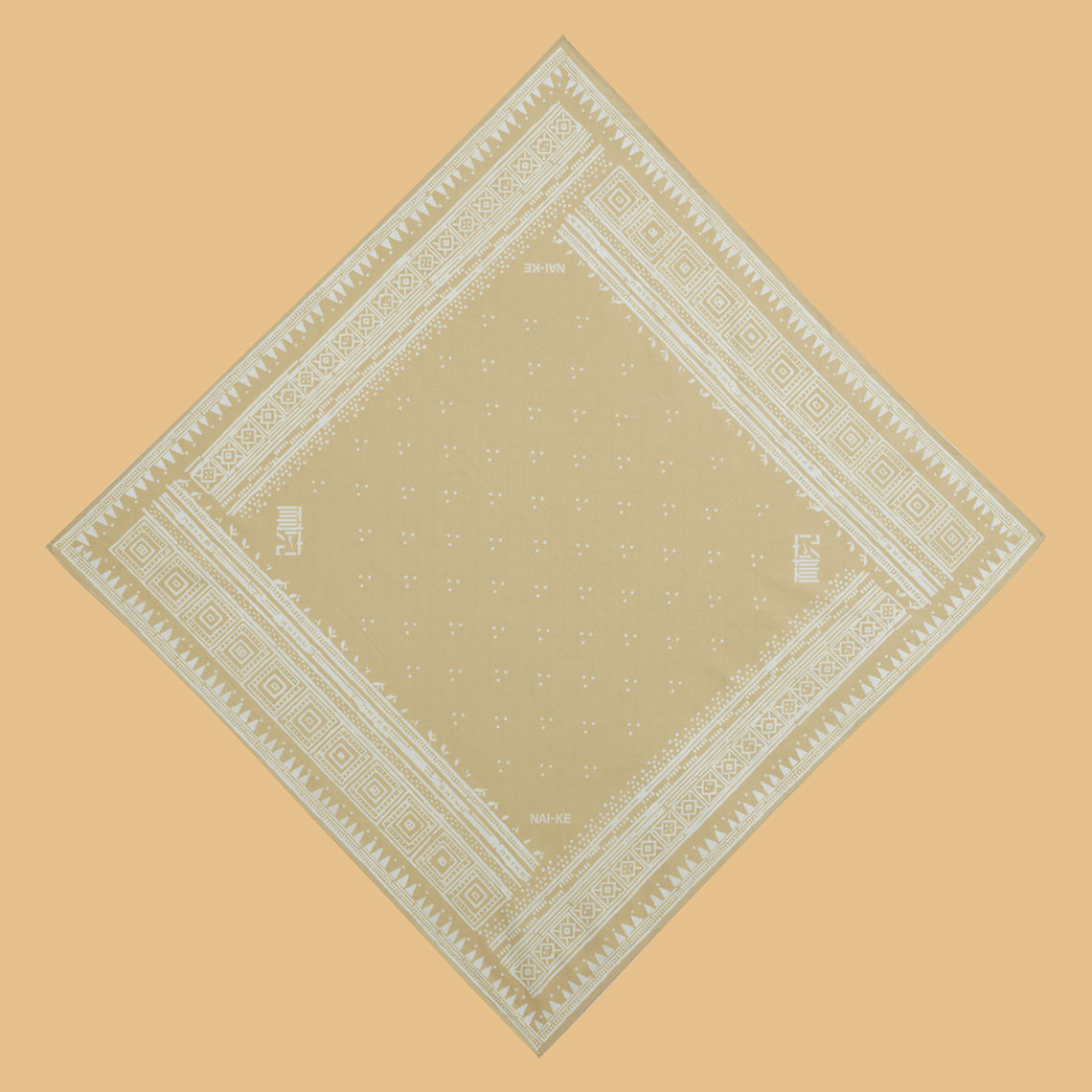 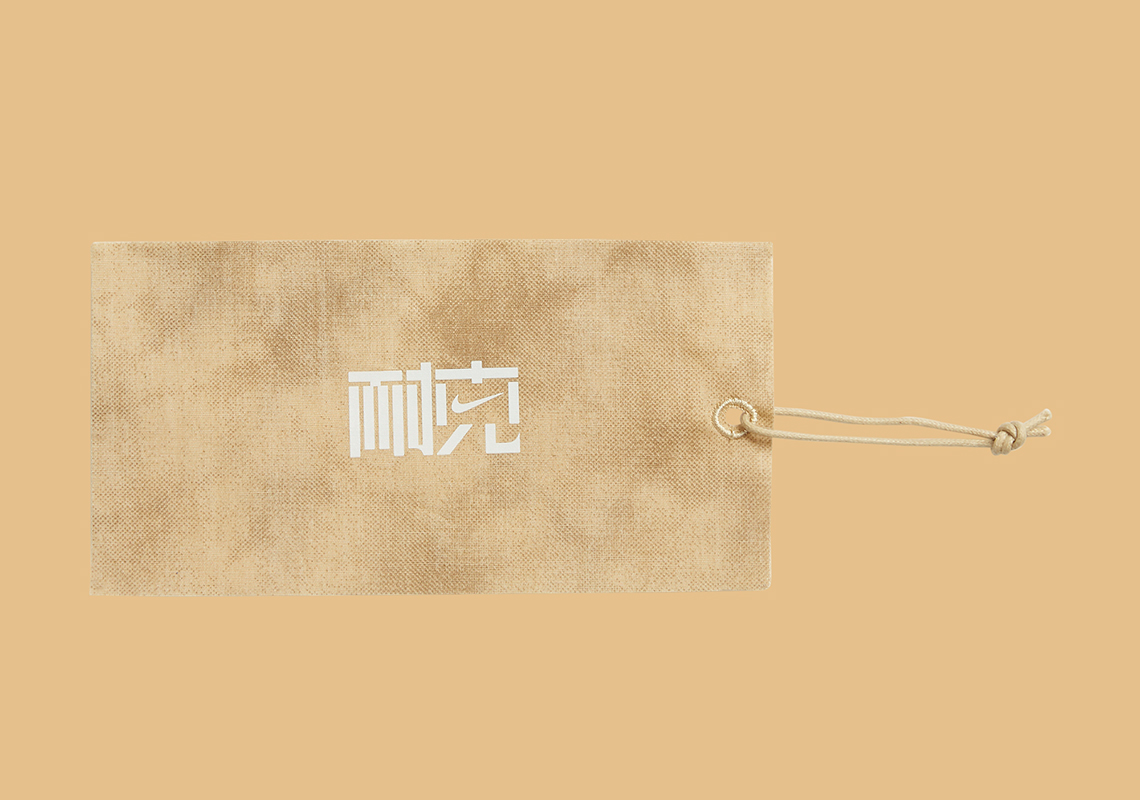