Boston-based Concepts and NIKE, Inc. aren’t strangers to one another. Over the last two decades, both parties have created some of the most celebrated rooted-in-storytelling propositions in the sportswear scene. The New England institution, however, is taking a break from its Nike SB and Nike Basketball efforts and switching over to the Nike Air Max 1, helping celebrate its 35th anniversary by dressing it up in garb inspired by the music festival scene of the 1960s.

Part of a larger footwear, apparel and accessories collection titled “Message to the Universe,” the upcoming ensemble by Concepts features several camouflage and stylistic patterns across the sneaker. The military garb-reminiscent print on the mudguard bestows a “Camo” moniker to the latest Air Max from Deon Point, creative director at the Boston-based boutique, and team, though it’s far from the only flair found on the iconic silhouette. Acid wash denim covers the toe box and most of the panels along the mid-foot, while faux fur, paisley print and serape-detailing animates everything from the vamp to the spine. Sole units don’t opt for the boldest of hues, but indulge in shades of brown featuring red speckling across the midsole.

The clash of colors, graphics and materials throughout Concepts’ Air Max 1 nods to the unabashed self-expression and youthful energy displayed by many festival-goers in the mid-20th century. (The shoes even arrive with a co-branded guitar pick hangtag.) Lastly, the custom shoe box boasts much of the colors and patterns found on the game-changing Air-cushioned model.

Enjoy official images of the camo-covered pair ahead, and anticipate a Concepts.com launch on or around March 19th. A Nike SNKRS launch has yet to be confirmed by the brand.

Elsewhere under the NIKE, Inc. umbrella, a handful of Jordan release dates 2022 are scheduled for the remainder of March. 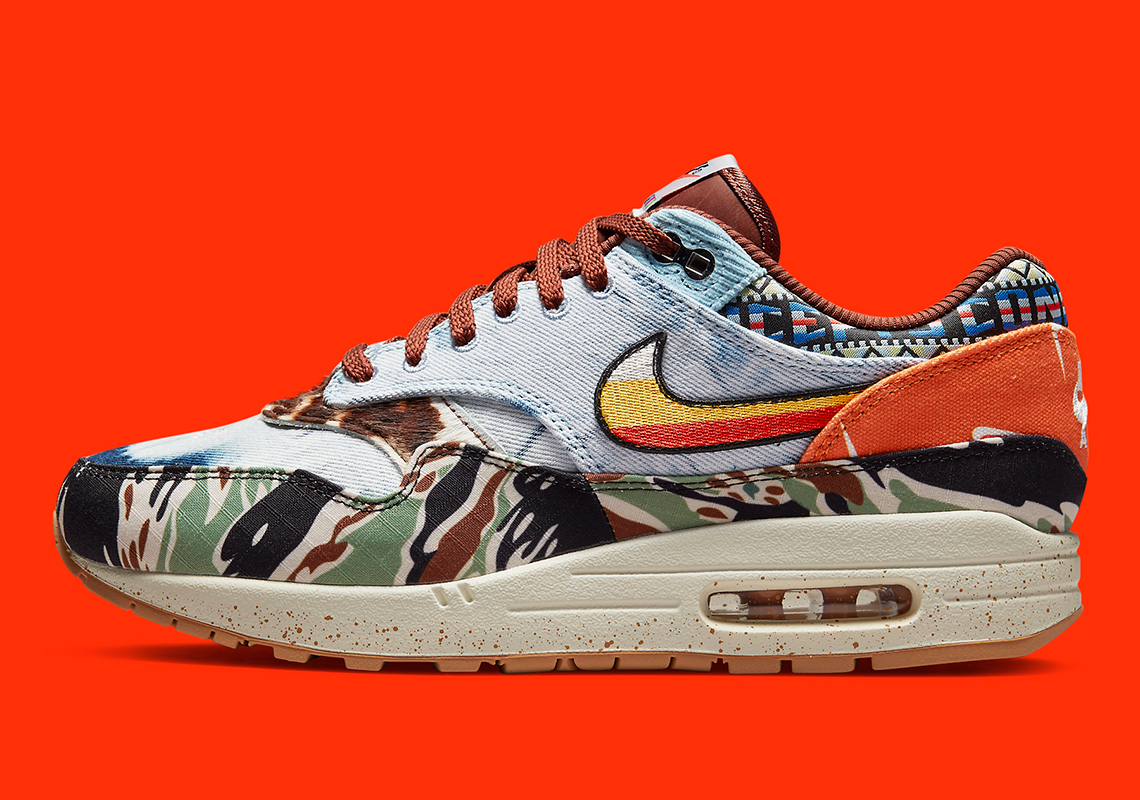 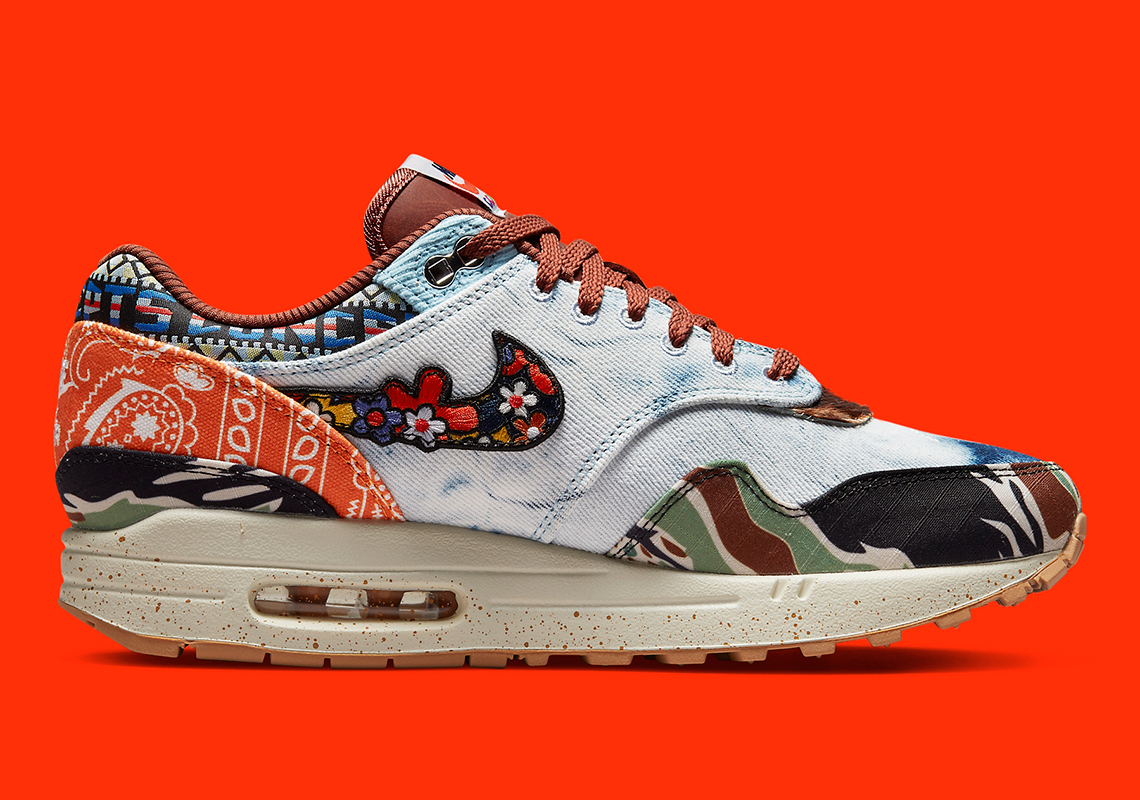 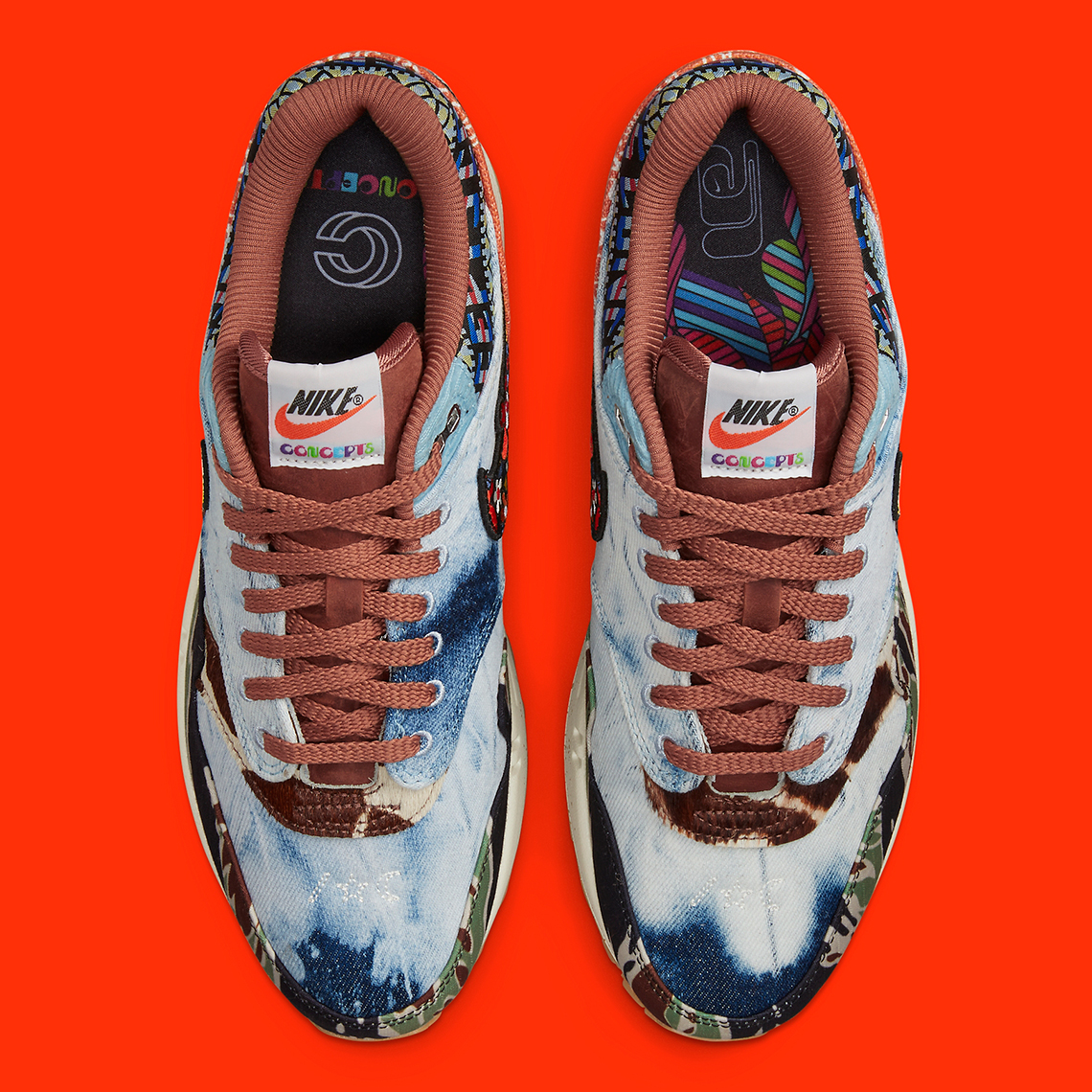 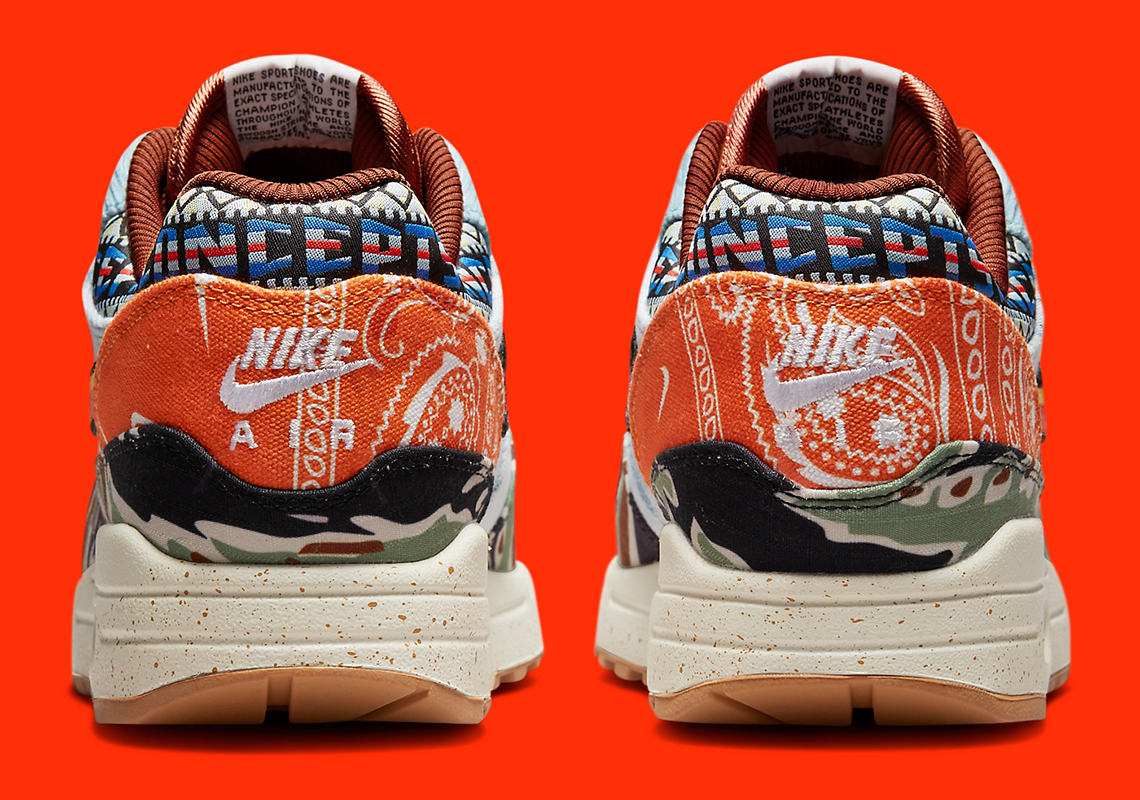 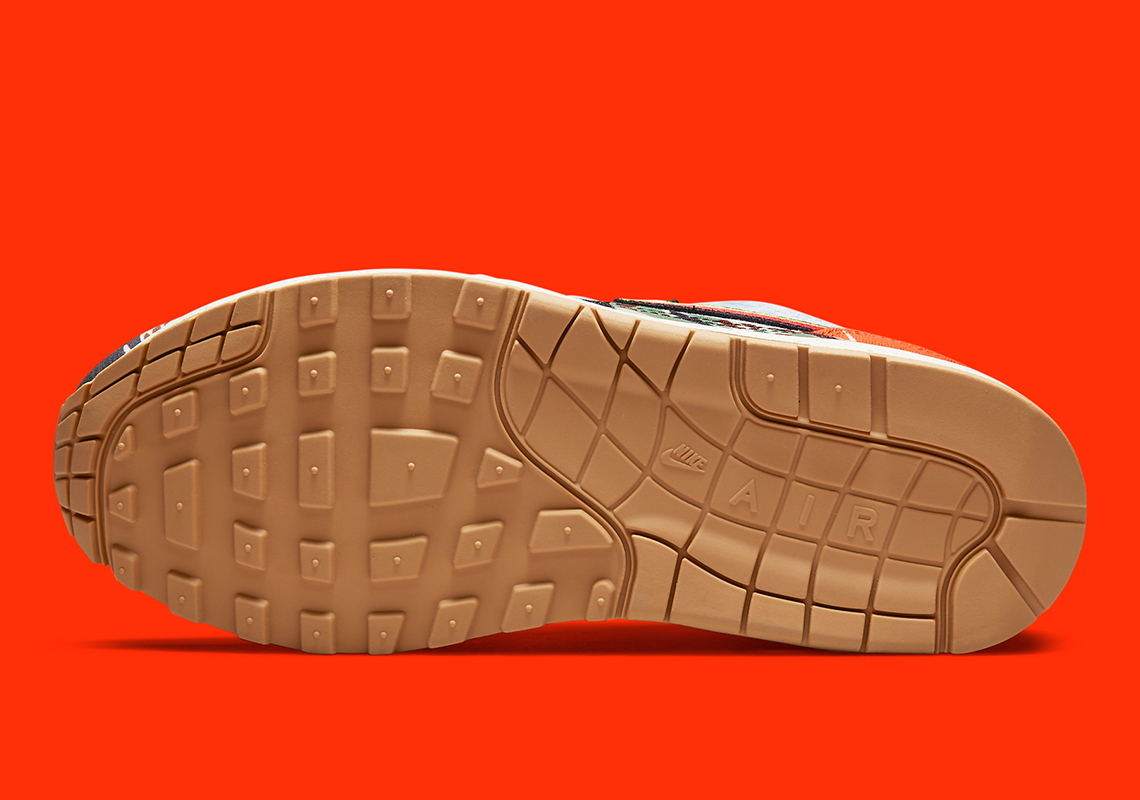 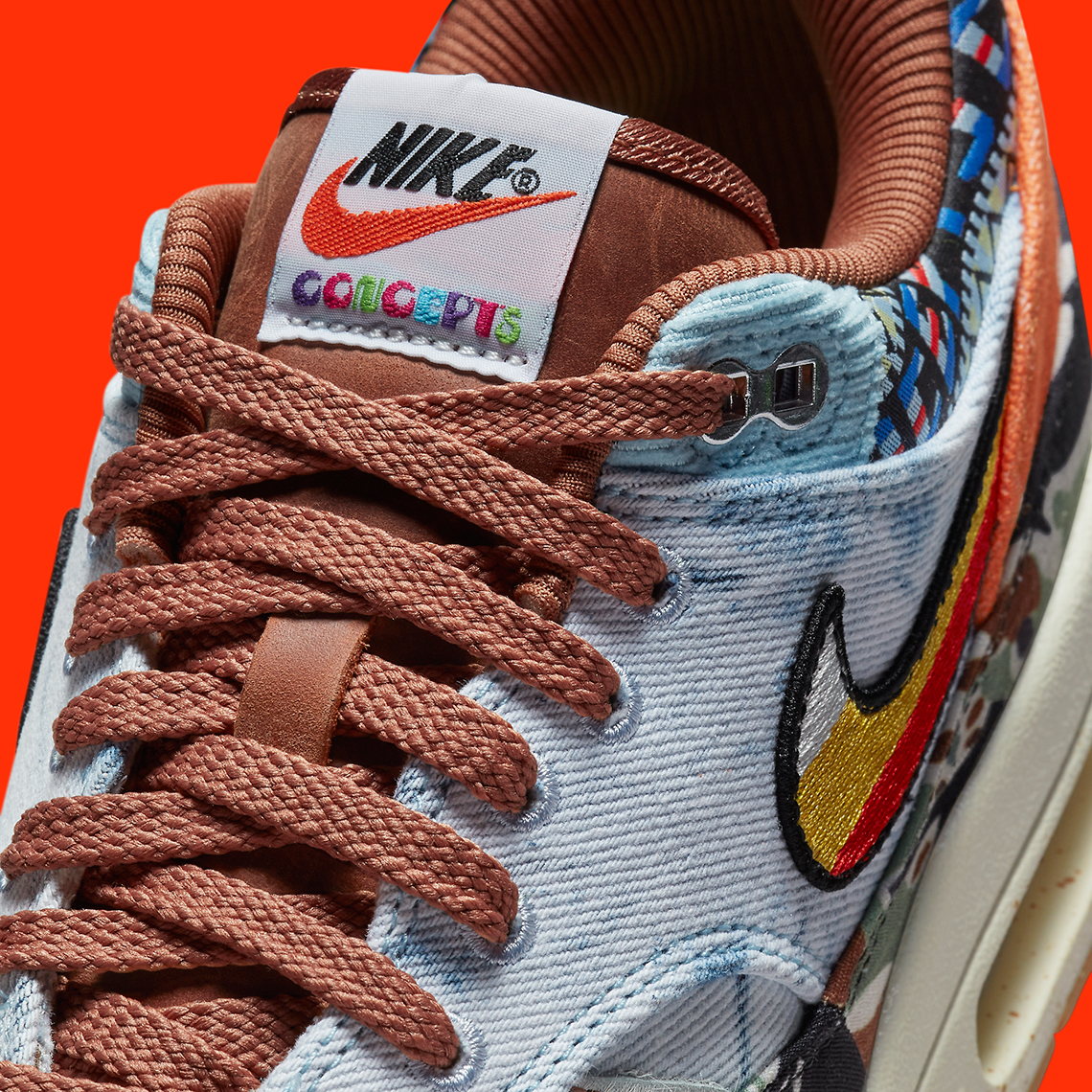 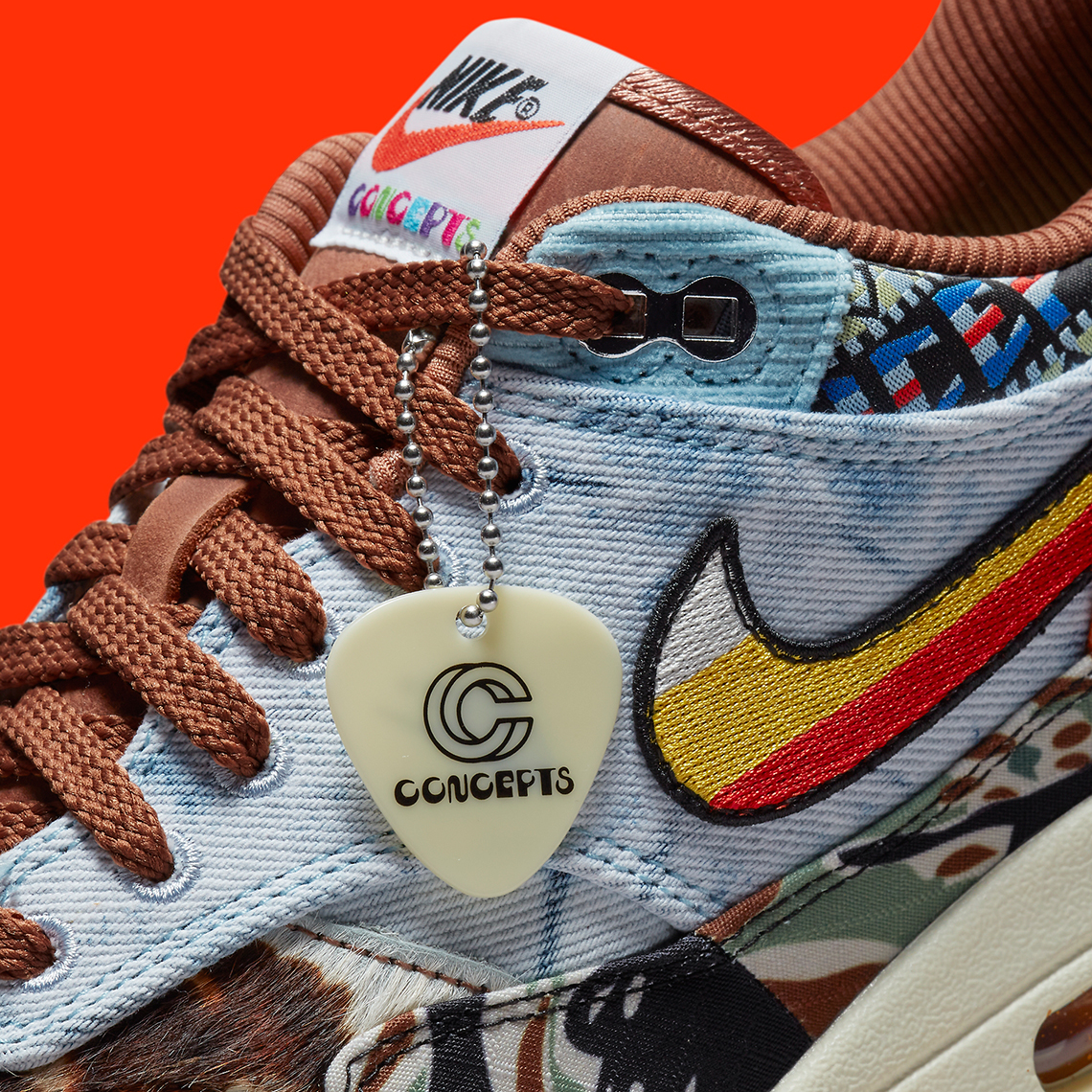 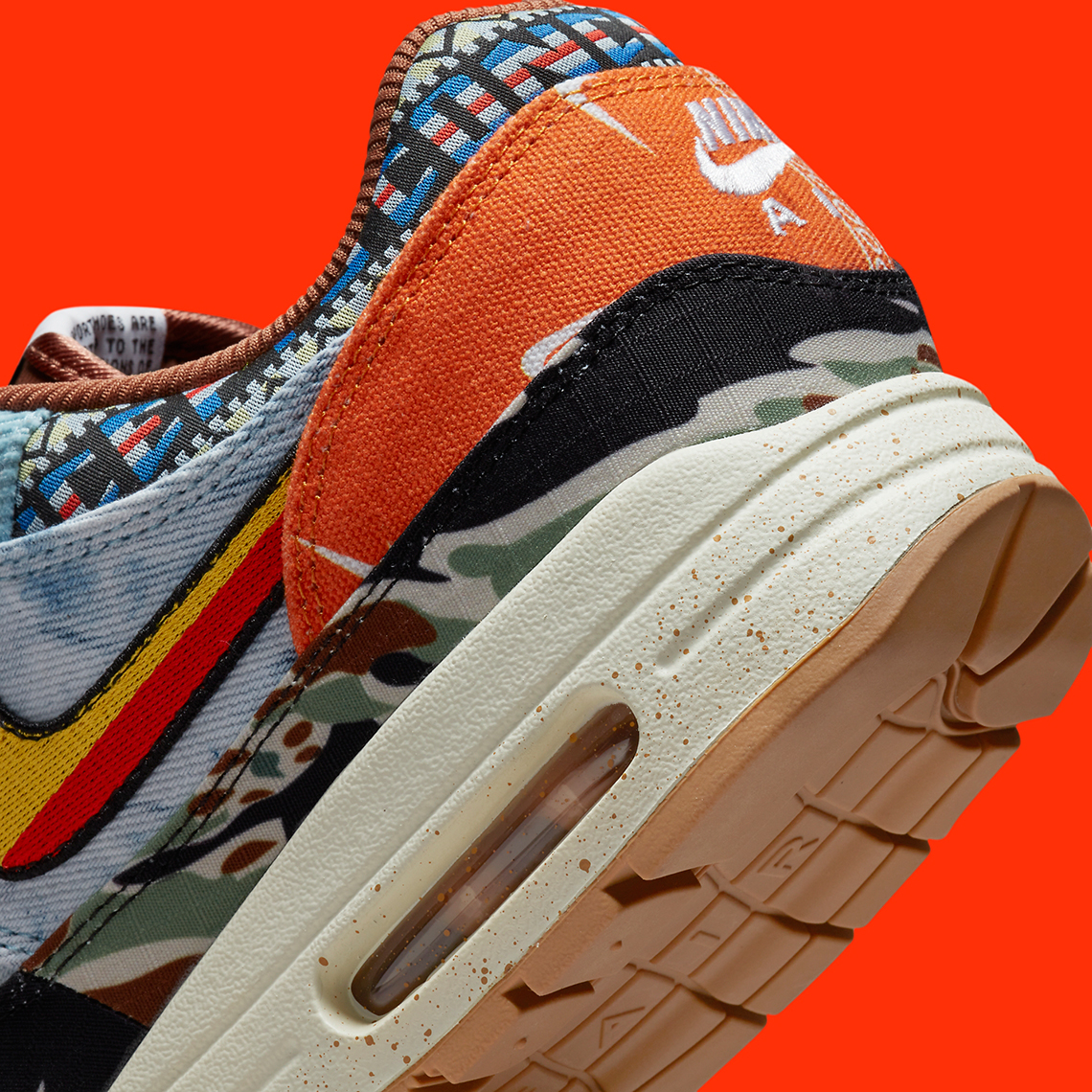 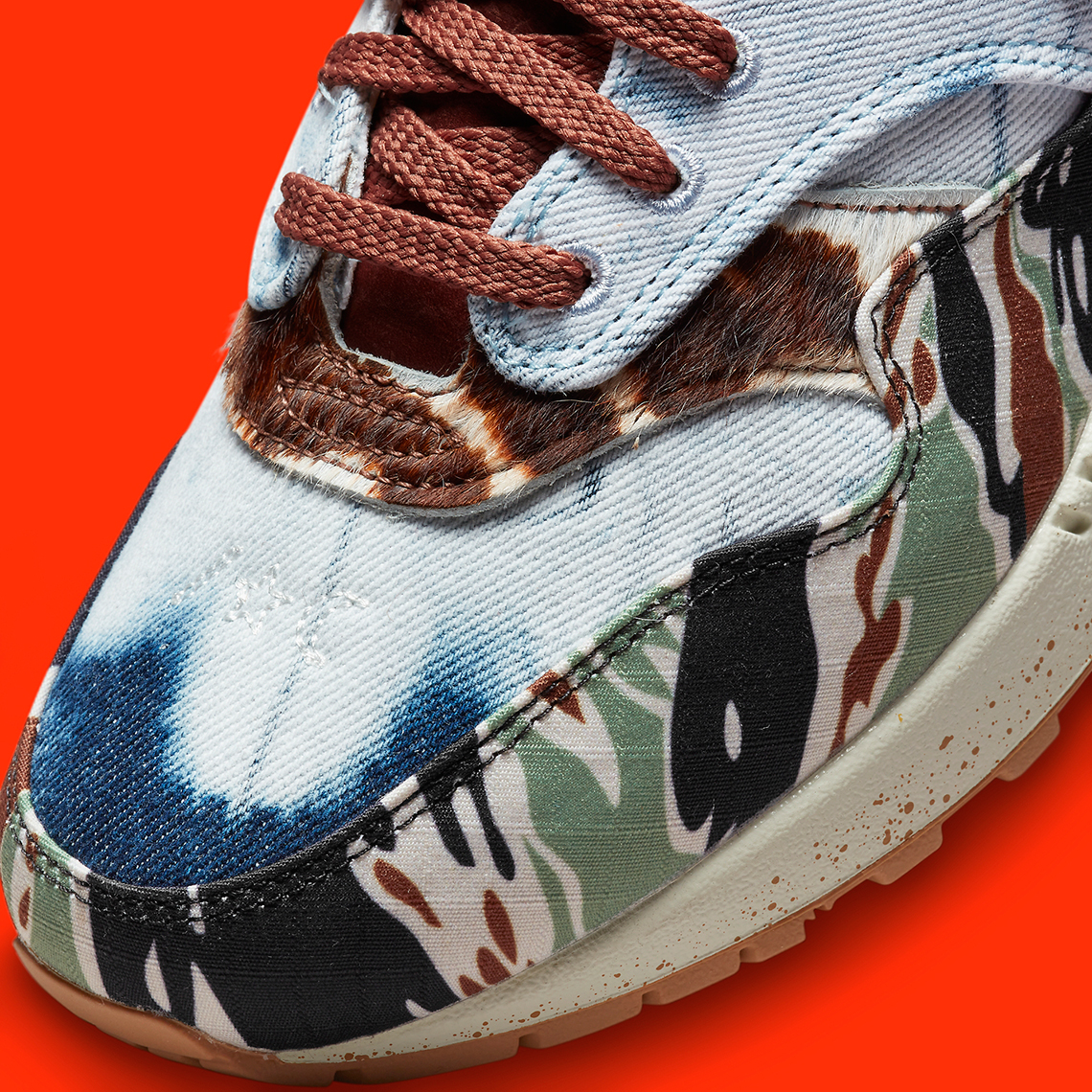 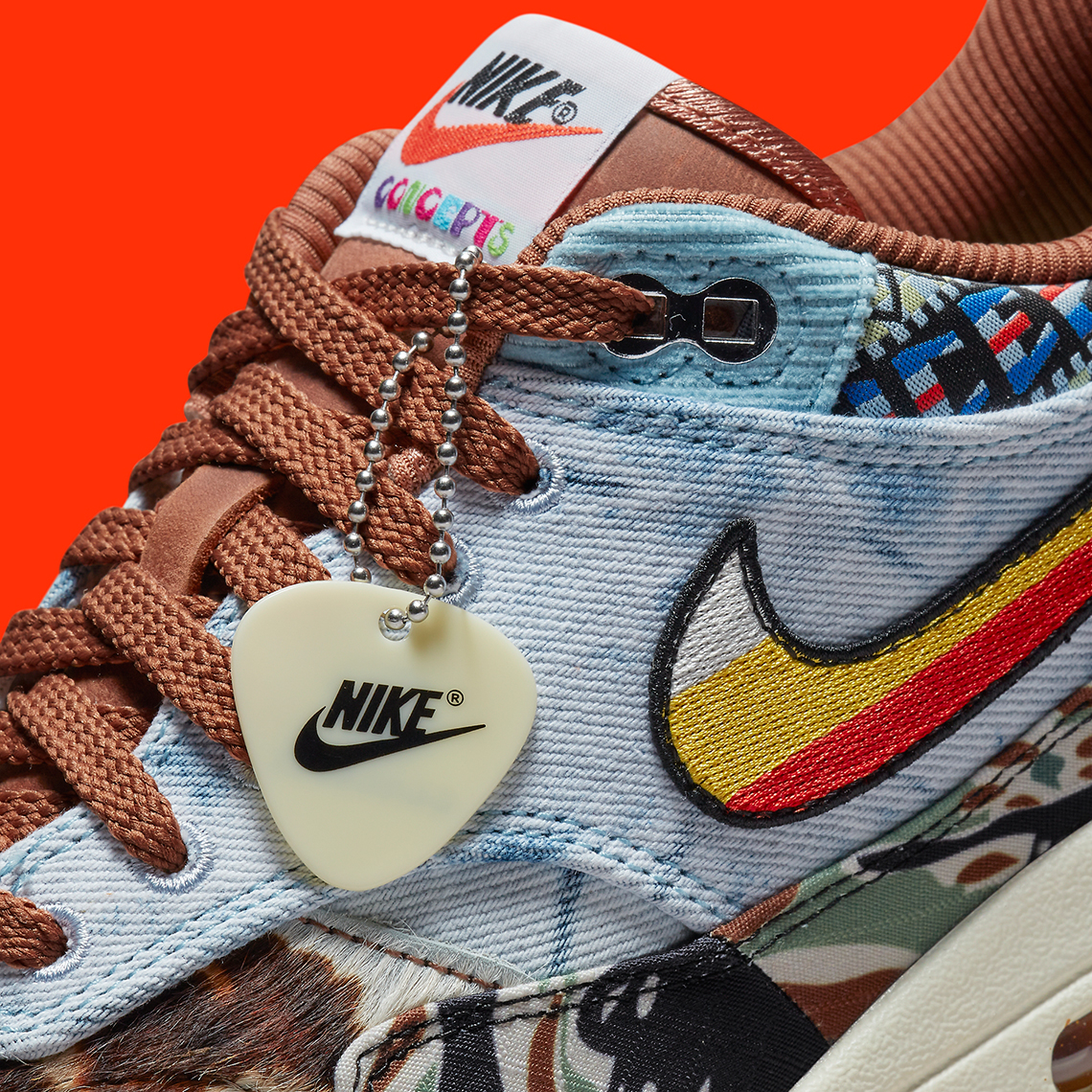 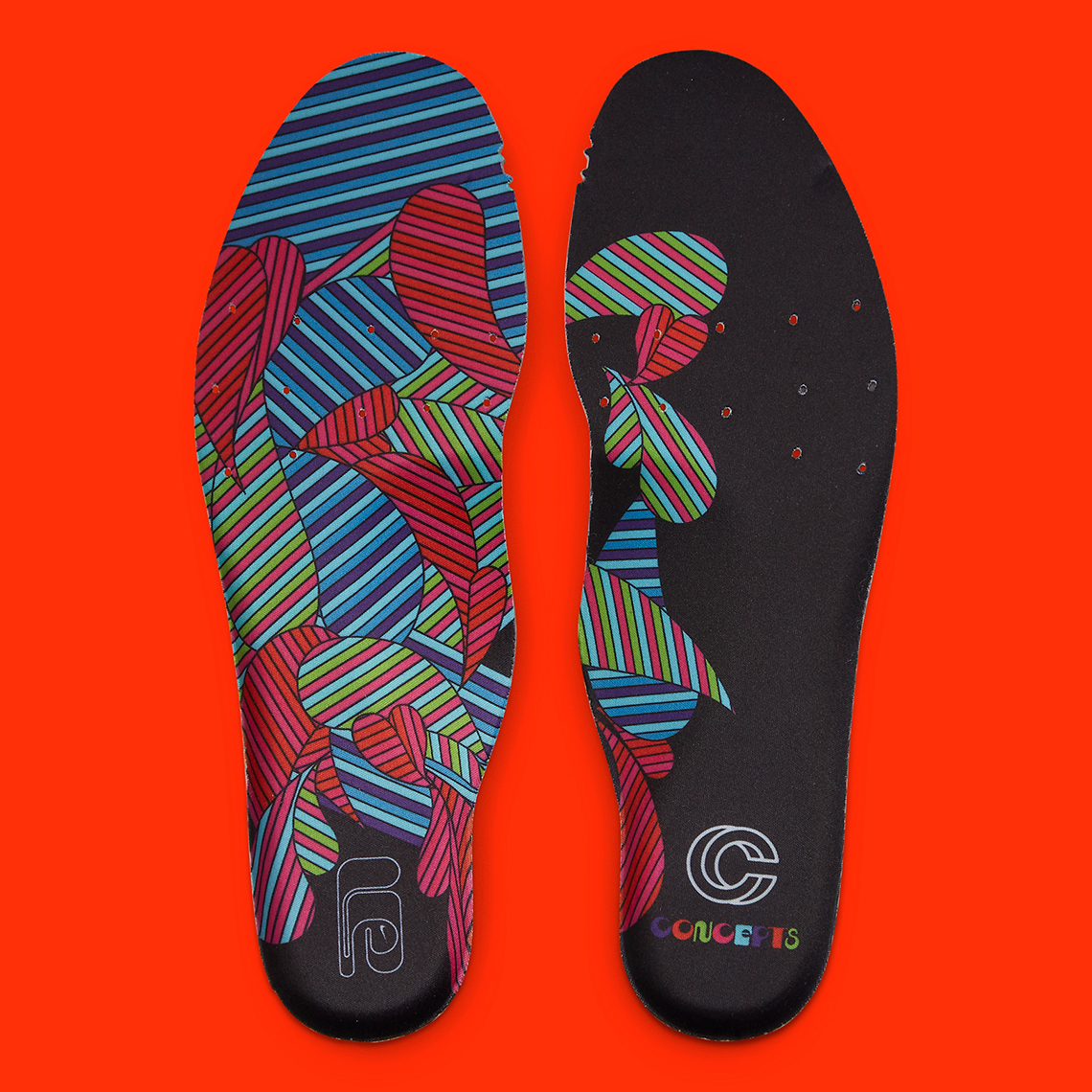 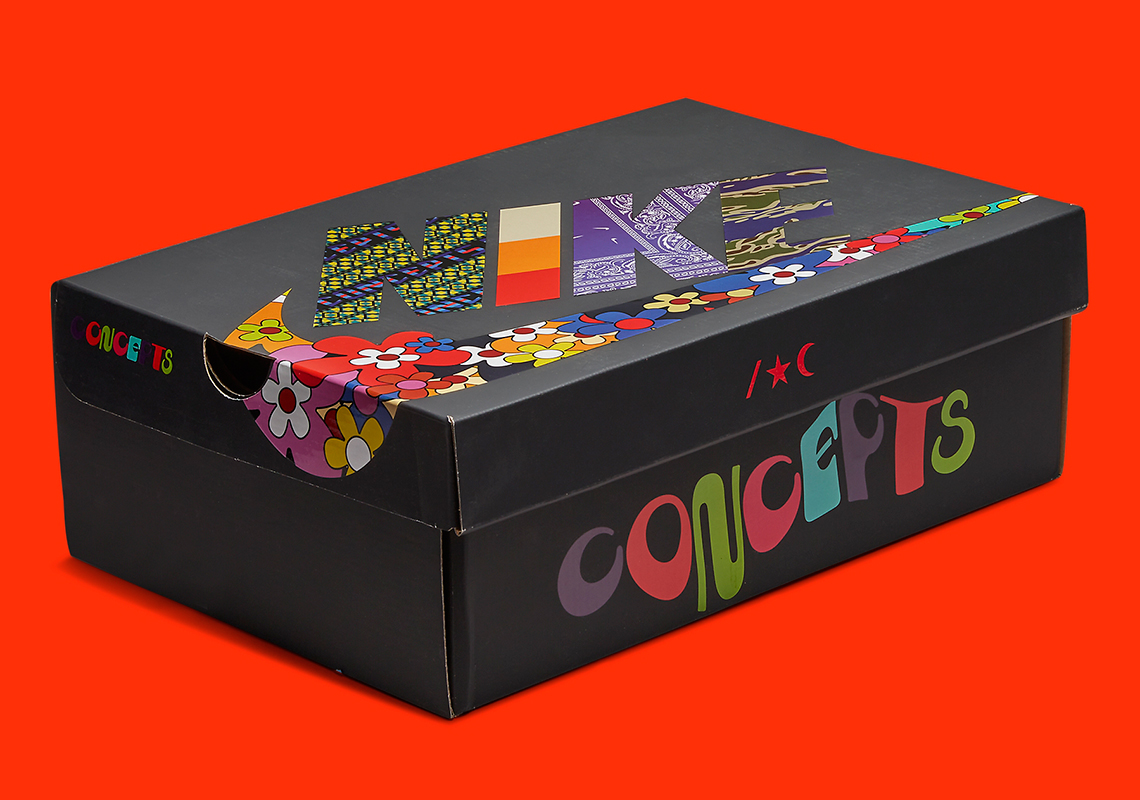