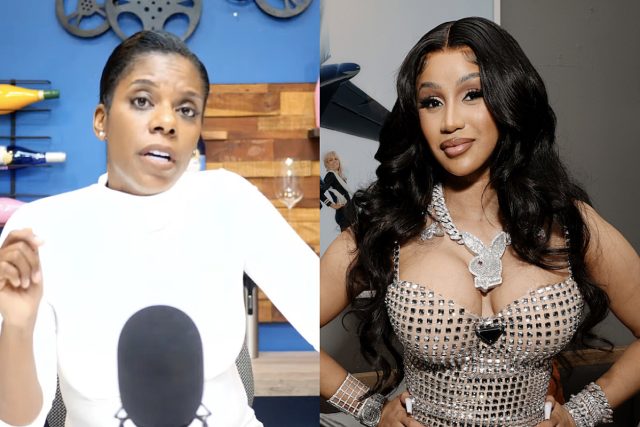 Earlier today, a judge decided that infamous blogger Tasha K was no longer allowed to keep up her libelous posts about Cardi B during their ongoing court proceedings.

Back in 2019, Cardi B filed a defamation lawsuit against Tasha K, the creator behind unWinewithTashaK on YouTube. The initial offense came when the creator posted a video where she called out Cardi B for being a “drug-using prostitute with herpes.” Cardi B then motioned for legal action to be taken against the blogger.

Since then, Cardi has won her lawsuit with Tasha K as the jury sided with her, finding the blogger guilty for all three claims against her for telling several damaging lies about Cardi B, including rumors about her sexual life/health.

Earlier this year, Cardi admitted that a great deal of the lies Tasha K posted about her were hurtful, even leaving the “Up” rapper contemplating suicide at one point. After Cardi’s legal winnings, the blogger was ordered to pay Cardi around $4 million in damages and attorney’s fees and ordered to delete all of the old posts about the rapper, including offending statements and false claims about Cardi.

Unhappy with the court’s decision, Tasha K has decided to appeal the decision, and has yet to delete any of the old content about Cardi. According to TMZ, an Atlanta judge ruled today that Tasha has 5 days to clear her social media platforms and YouTube account of all the alleged claims about Cardi. Both sides have agreed to these terms.