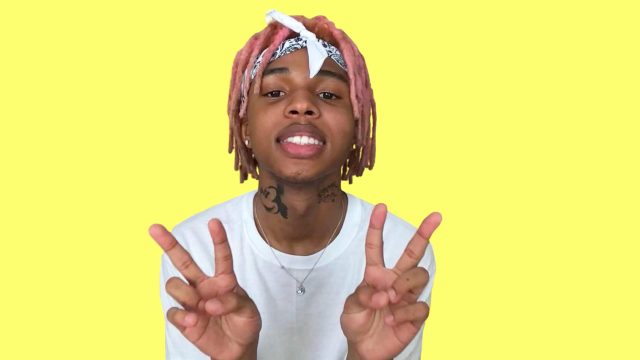 SoFaygo is currently one of the biggest young artists out right now, and he is making a huge lane for himself thanks to a handful of TikTok viral hits, including the song “Knock Knock.” SoFaygo’s melodic sound has been so successful that he is one of the most recent signees to Travis Scott‘s Cactus Jack imprint. With Travis behind him, there is no doubt that big things are upon the young artist.

With SoFaygo blowing up online, fans are now waiting for him to deliver a true debut album. Sure, he has projects in his discography, however, his debut album is something fans have been waiting on for quite some time.

In fact, SoFaygo took to Instagram recently, where he showcased a plethora of photos that depict him working on the new album which is called Pink Heartz. Based on one of the snapshots here, it would appear as though there will be 17 tracks on the album, with a run time of 58 minutes. For now, this is subject to change, however, fans will be in for quite a bit of new music.

The release date for this project has yet to be officially announced, so stay tuned to HNHH for all of the latest updates.