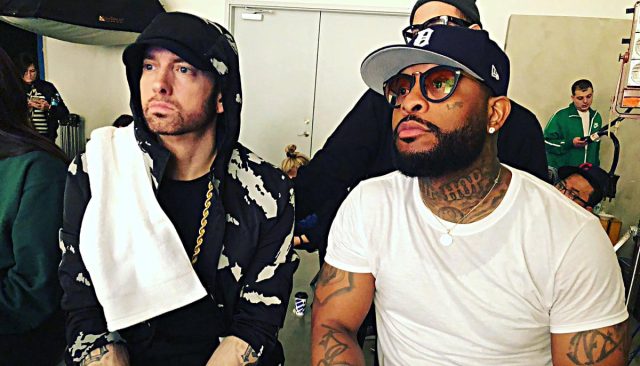 Royce da 5’9″ congratulated his longtime collaborator, Eminem, on Instagram, Wednesday, for being announced as a member of the Rock & Roll Hall of Fame’s class of 2022. The legendary Detroit rapper will be inducted into the hall during a ceremony taking place, later this year.

“Clap it up,” he captioned a photo of the announcement. “My brother came from nothing.”

Eminem’s inclusion comes after the Rock Hall held a fan vote, which factored into their final decision on the roster. Eminem finished in second place in the voting.

To introduce Eminem on its website, the Rock Hall writes: “Unbridled controversy. Unparalleled talent. Unmatched superstardom. As the single best-selling artist of the 2000s, a 15-time Grammy winner, and the first artist to have ten consecutive Number One debut albums on the Billboard 200, Eminem’s accolades speak for themselves. His world-renowned status solidified hip-hop as the most commercially successful music on the planet.”

The induction ceremony for the class of 2022 will be held on Saturday, November 5th in Los Angeles.

Check out Royce’s tribute to Eminem below.