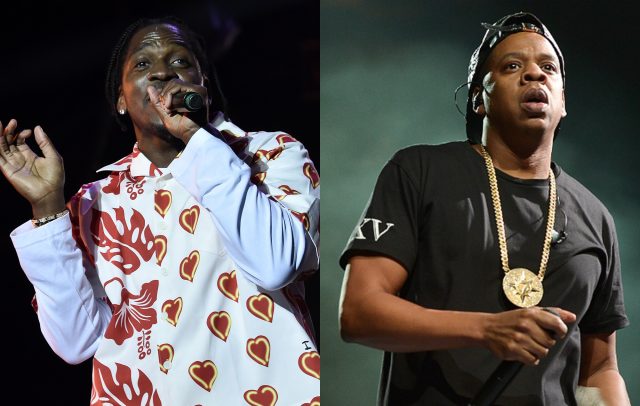 During an interview to promote his new album It’s Almost Dry, the rap veteran confirmed what many hip-hop fans feel, that Hov is the best to ever do it.

The rap gods recently worked together on the Pharrell-produced “Neck & Wrist” off It’s Almost Dry. Pusha revealed that he made sure he had the right record before taking it to the Roc Nation boss.

“When I reach out to him about a record, I feel like he sort of knows that I’m not reaching out to him about no bullshit,” he said. “I must really think that this is a joint or something that’s gonna add to the great legacy that he has.”

He knew that only JAY-Z would be able to bring something different to the song. “Where he’s made it in his career and in his life, he can always add an uptick to the record. I can’t say what he says.”

Despite Hov’s greatness, that didn’t stop Bobby Shmurda from recently saying he would rather have a verse from Pop Smoke than JAY-Z, prompting a debate on social media.