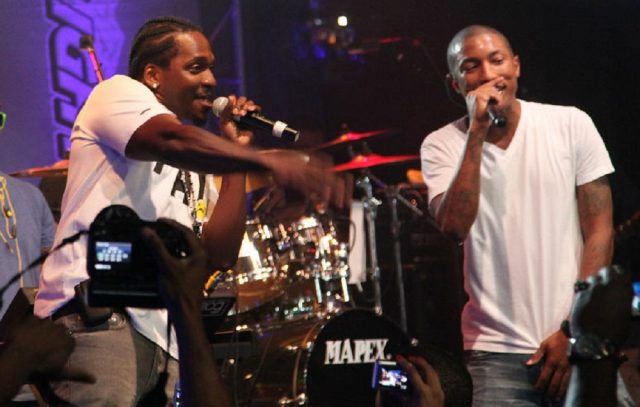 Hip Hop has been thoroughly enjoying Pusha T‘s collaboration with NIGO since its release at the top of Friday (March 4) morning. The acclaimed rapper beasted his way through “Hear Me Clearly,” a track that’s slated for inclusion on NIGO’s forthcoming album, I Know NIGO, and Pusha resurfaced on Instagram to share a bit of insight about the development of the song.

It’s common in the music industry to send a song to a famous friend for review, and Pusha has many to choose from. Longtime friend and collaborator Pharrell Williams listened to the single prior to its release, but it seems as if he had reservations.

Pusha T is currently working on his new album and this interaction with Pharrell was the catalyst for him to work harder.

“Fun Fact: @pharrell heard this song and told me ‘it’s cool, but I don’t want you to be a mixtape rapper for the rest of your life.’ I was devastated. He then flew me to Miami and proceeded to produce the first half of the best album of the year. Moral of the story…always ‘push’ your friends to be greater, even when they’re the greatest.”

It’s clear that Pusha appreciated his friend’s honesty. Check it out below.