Major League Baseball’s Opening Day is at risk of being delayed due to the ongoing lockout, but hopefully the billionaire franchise owners and millionaire athletes who hits balls with sticks can look past the crippling dread of not being as wealthy as they’d like and, you know, play the game. Nike SB seems to have a special MLB Pack of Dunks in the works in 2022, and although just two colors have been revealed, there seems to be a focus on rivalries. As you know, their NL East rivals will be getting their own via the SB Dunk High Mets, but they’ll be matched up with this SB Dunk Low inspired by the Philadelphia Phillies and their admittedly gorgeous throwback colors.

The upper sees a full powder blue shade that the Philly donned from 1973 to 1988, with the hits of maroon seen on the Swoosh, heel, and tongue logo. It also appears at the mid-foot of the sole, which also features the bubble-gum pink blotch at the heel. The true mark of the City Of Brotherly Love is the Liberty Bell emblem on the inside of the tongue, which lights up and gongs when Bryce Harper or another Phillies big bat jacks one over the fence. The other tongue shows the signature food of the city – the Philly Cheese Steak.

A release date is currently unknown, so check out the photos below and stay tuned for updates. In other news, the Oski SB Dunks are releasing exclusively at skateshops on March 12th. 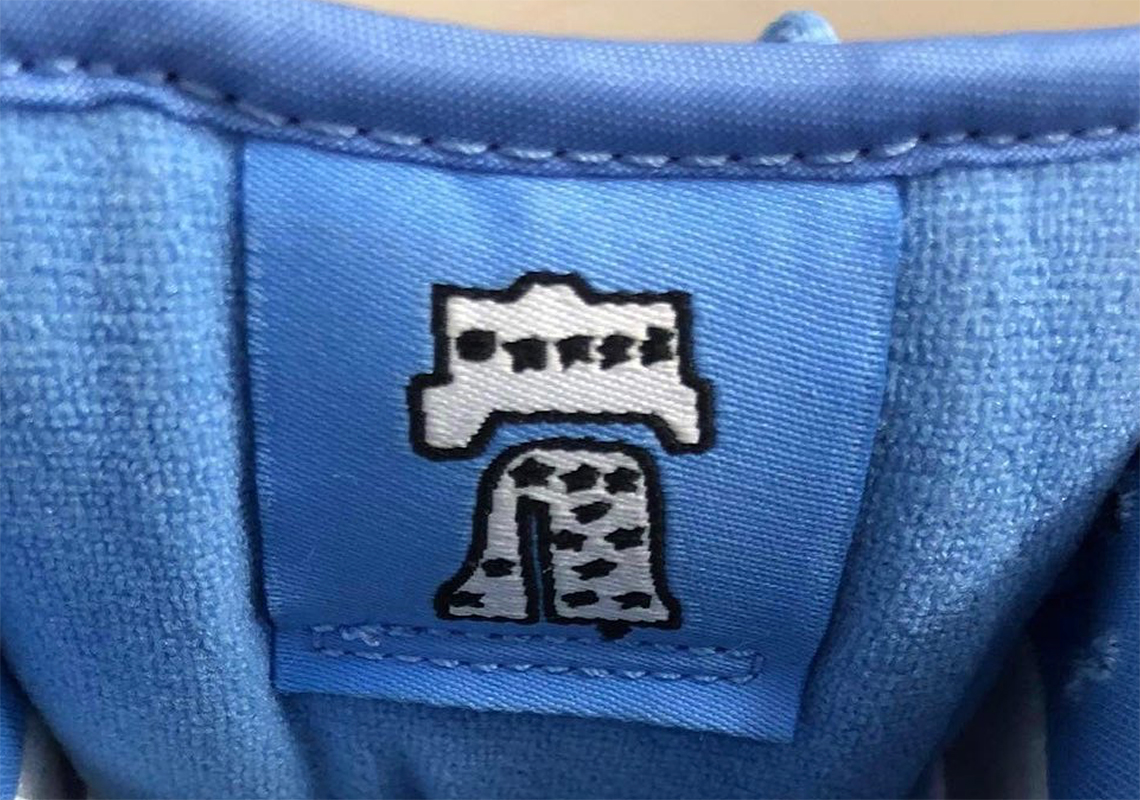 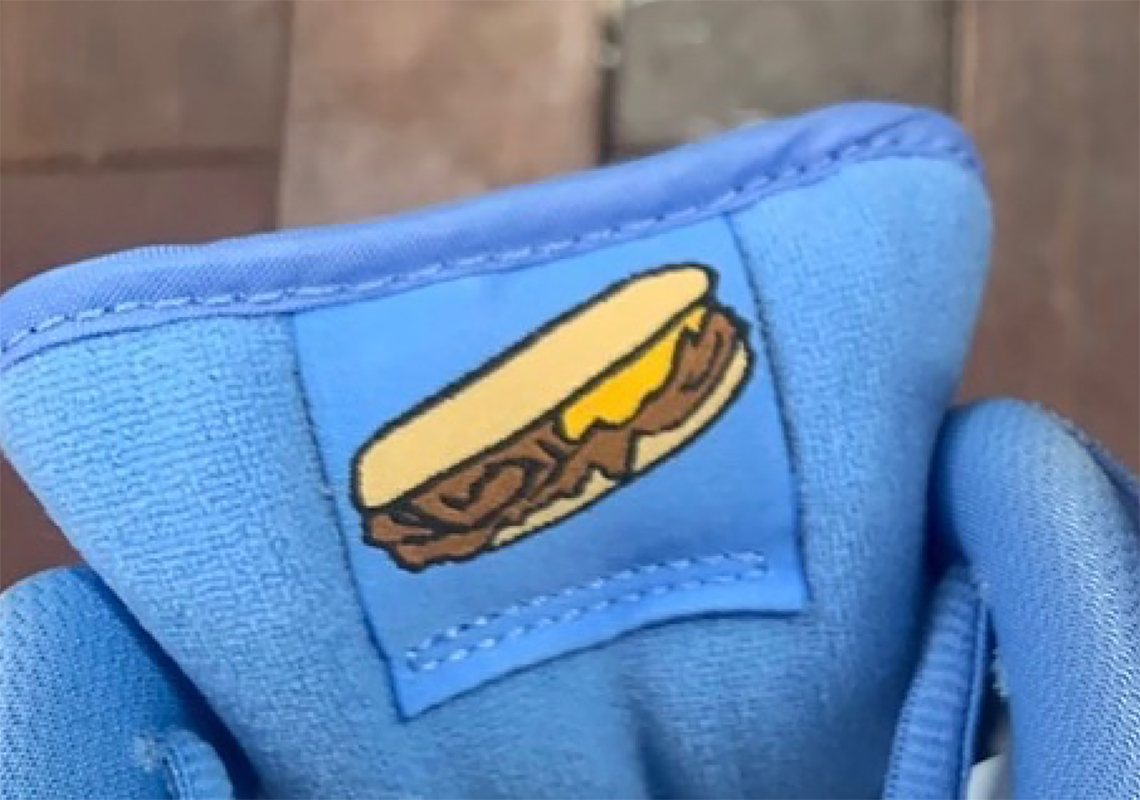 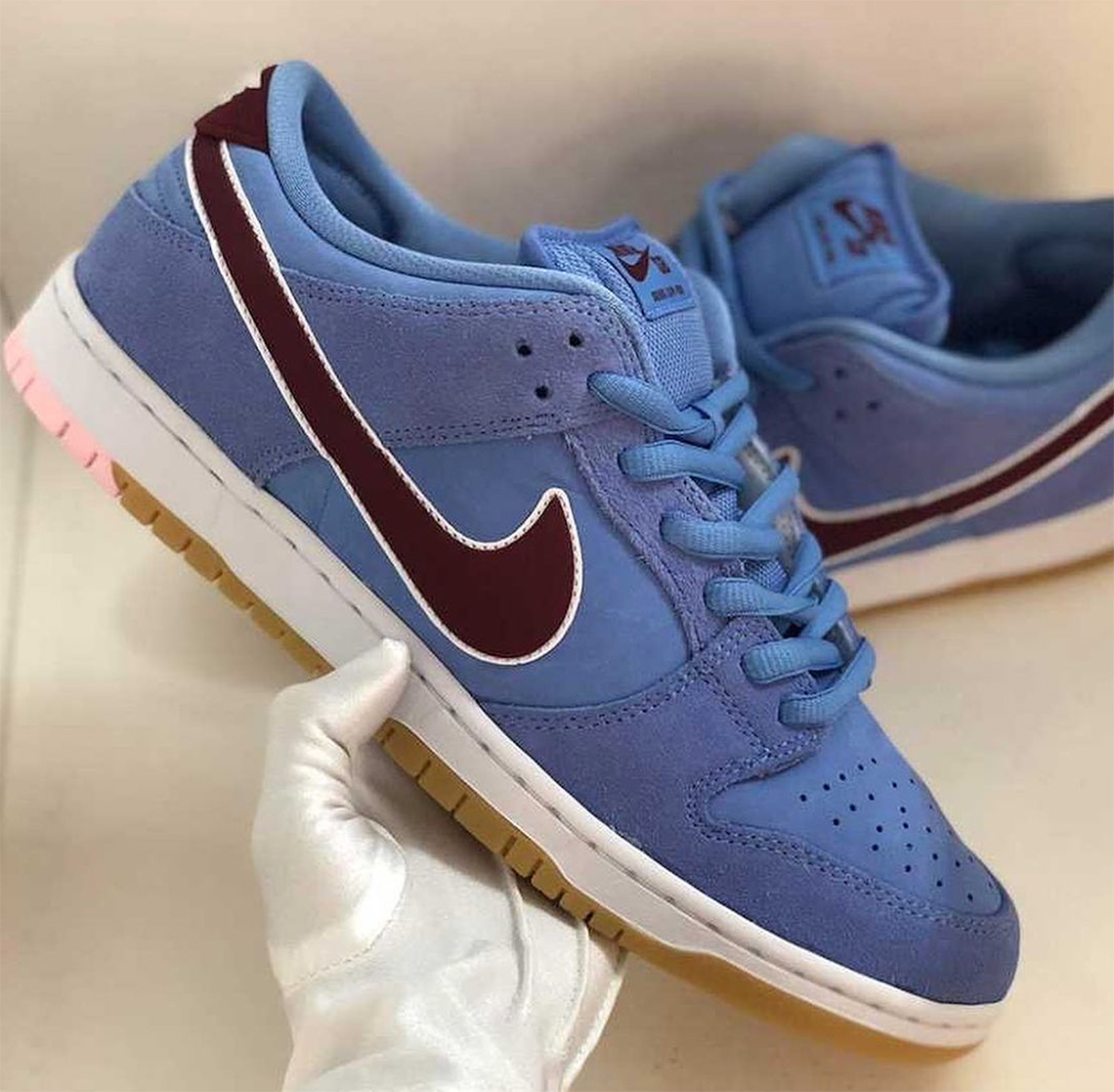 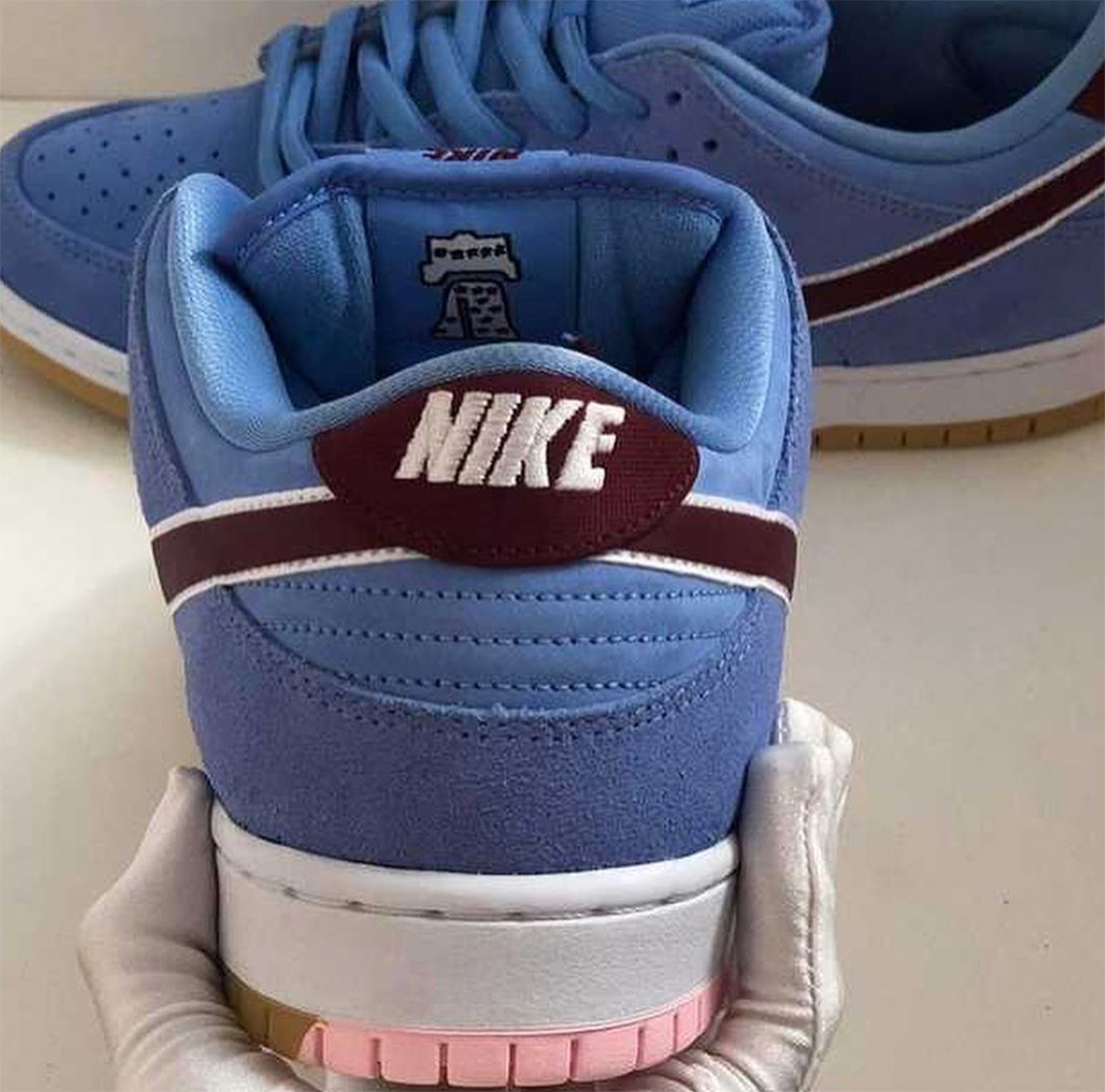 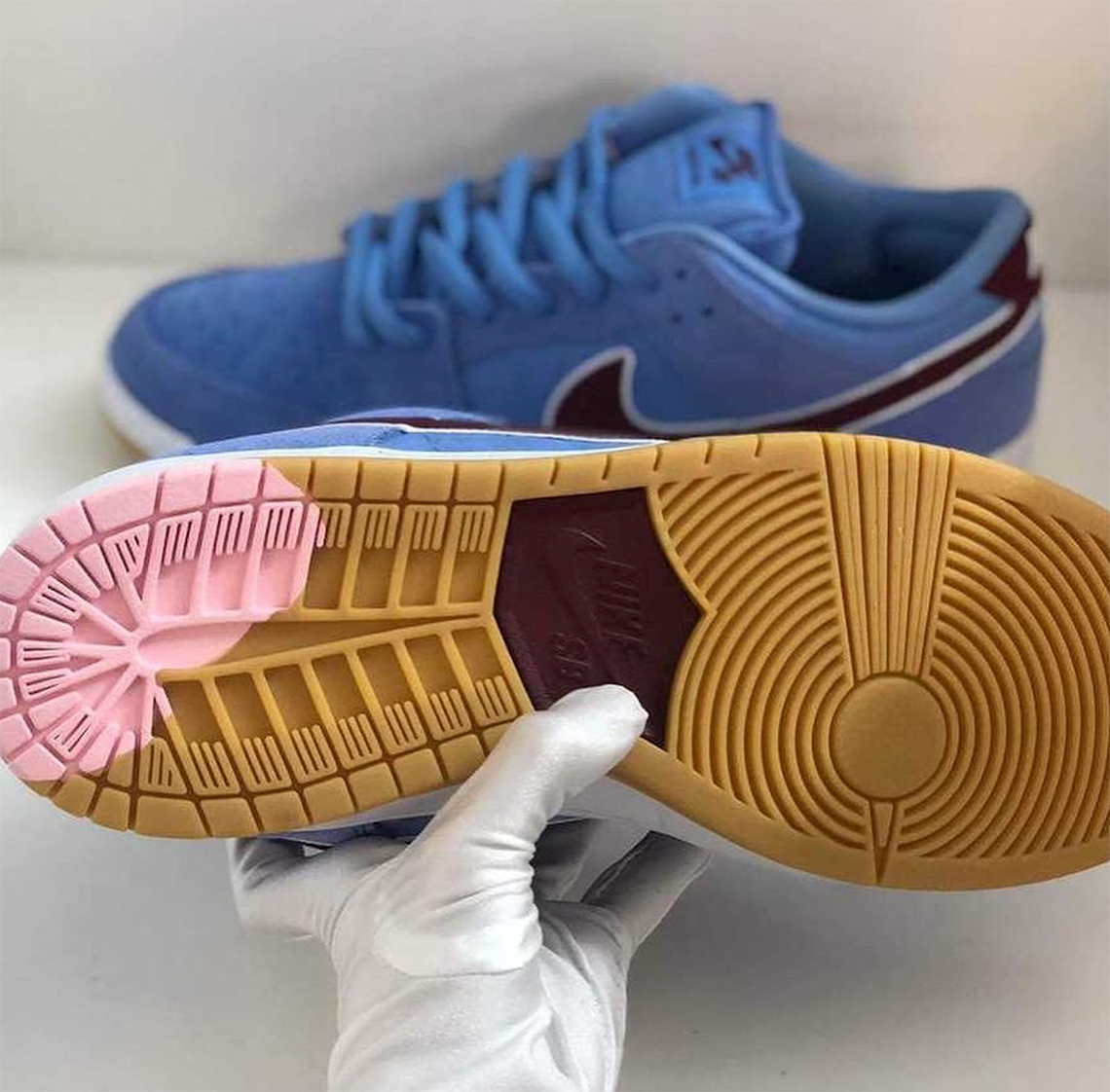