In late September 2021, mock-up images surfaced depicting two pairs of the Nike Air Force 1 Mid by Off-White. While Virgil Abloh never confirmed the shoes were to release while he was still alive, sneaker leakers have since rumored spring and summer launch dates for the duo. Recently, the “Black”-colored pair emerged via new images ahead of a May 23rd release date.

While not the late Abloh’s first time reimagining Bruce Kilgore’s iconic 1982 design, the upcoming collaboration sees Off-White bring its signature design cues to a silhouette that’s been historically ridiculed by savvy sneaker consumers. Likely a cheeky way for Abloh to have made an unpopular shoe “hot” and simultaneously contributing to the Air Force 1‘s 40th anniversary, the pair seemingly indulges in a canvas upper donning nylon ankle straps, track spike-reminiscent components on the outsole and a visible Air unit at the midsole. Pull tabs at the heel and superimposed lace loops around the tongue work in-tandem with the vibrant orange profile swoosh tabs and zip-ties to further deviate from Kilgore’s original design. Some netizens have already taken to social media to express their disinterest in the posthumous Nike x Off-White collaboration, but some may be won over if and when the brand explains the inspiration behind the experimental design, as has been the case with past work by Abloh.

Enjoy another set of images of the pair ahead, courtesy of Instagram user @knowing_kicks, as you wait for official Nike SNKRS launch details to surface as May inches closer.

Elsewhere under the NIKE, Inc. umbrella, the Air Jordan 1 Mid has recently appeared in handfuls of new colorways. 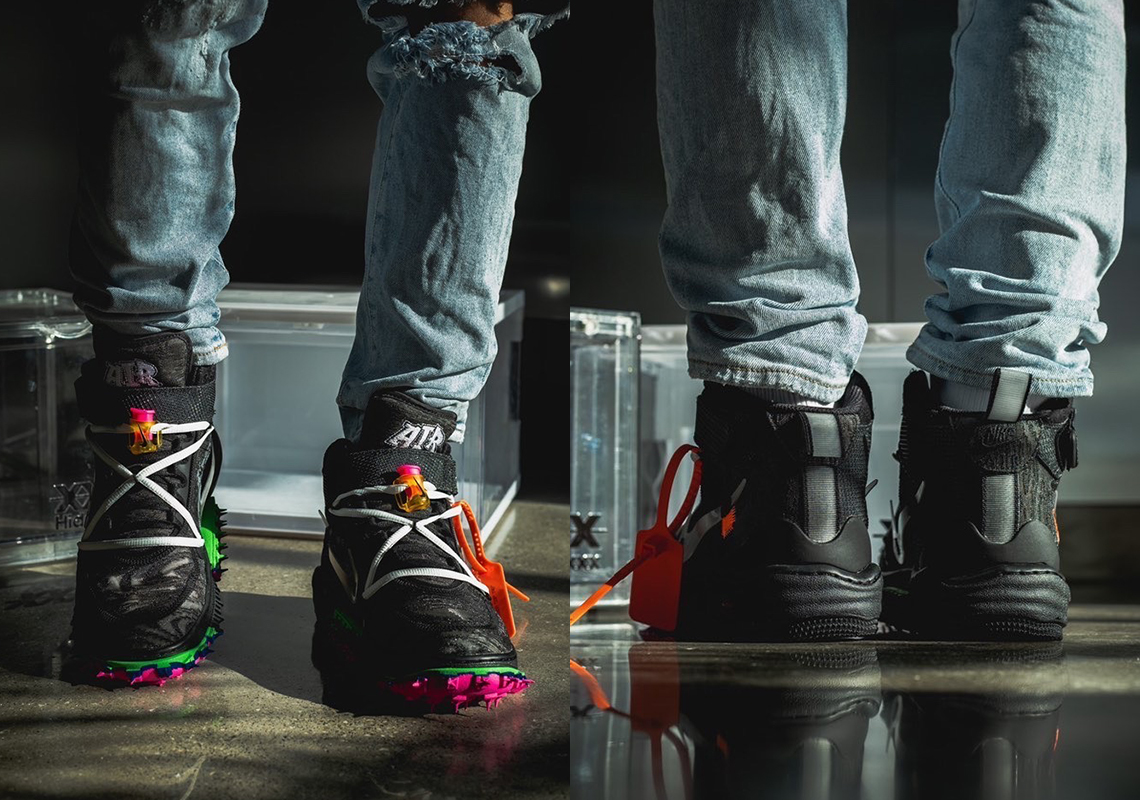 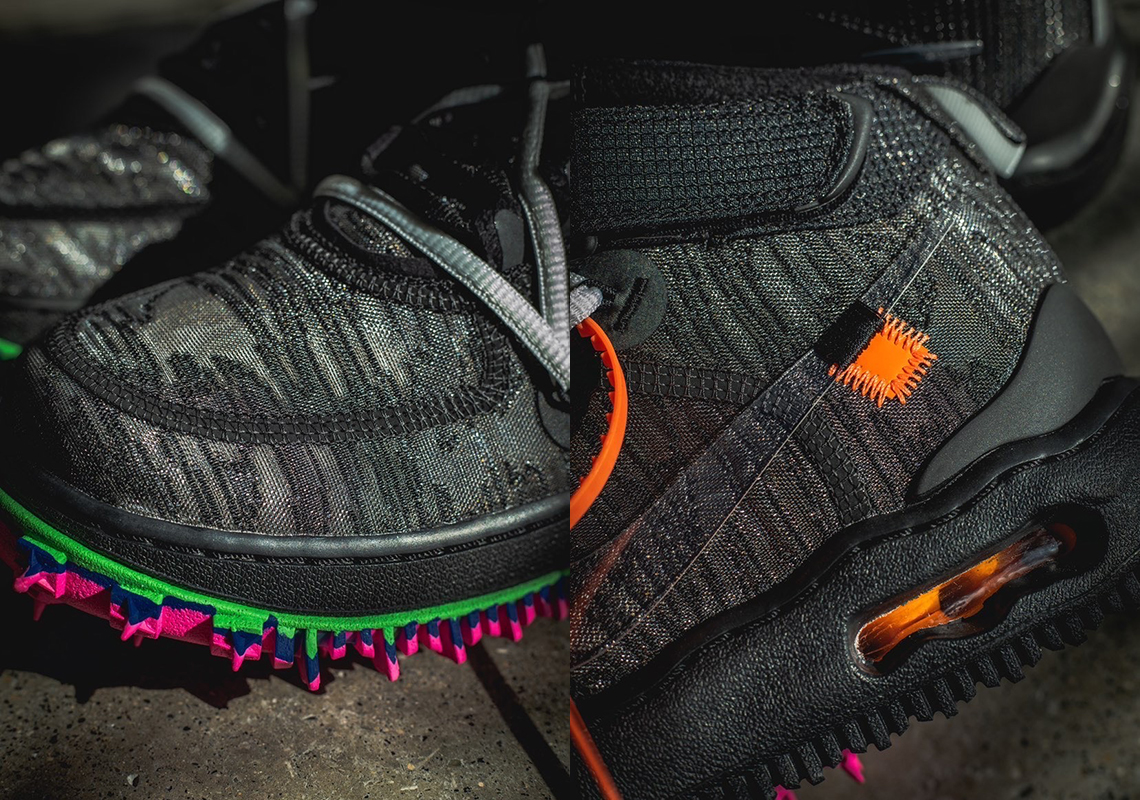 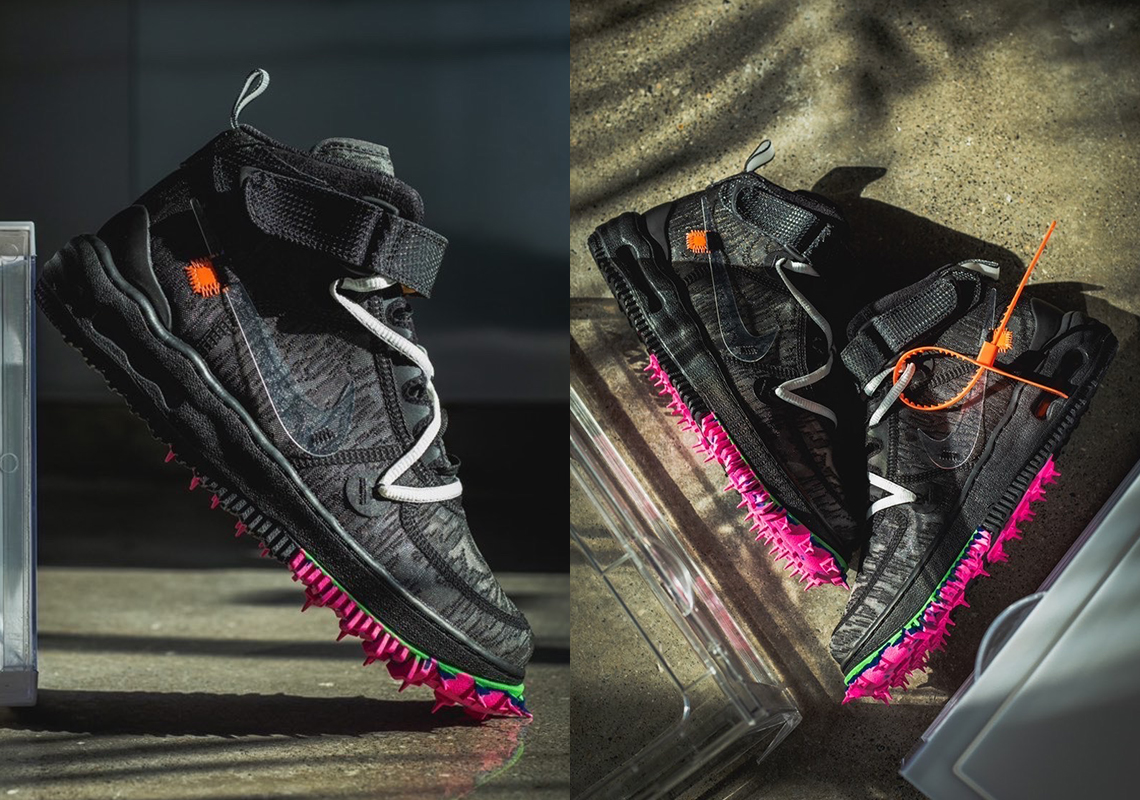 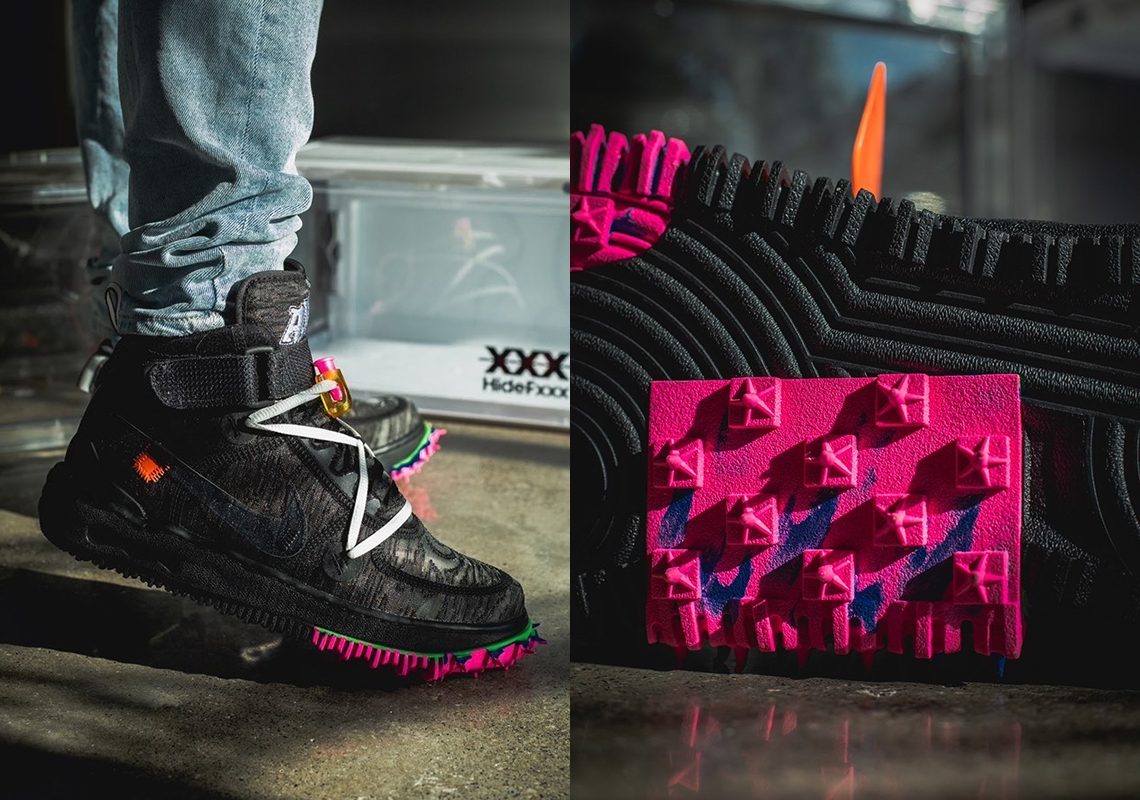 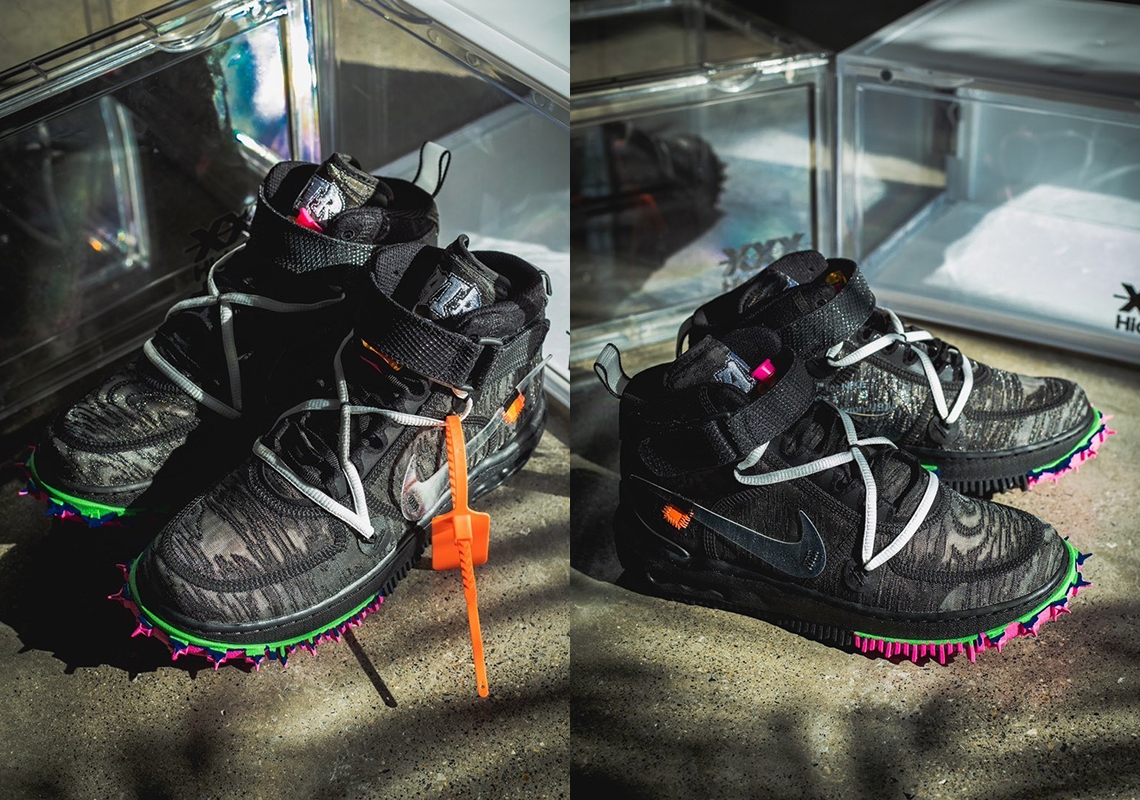 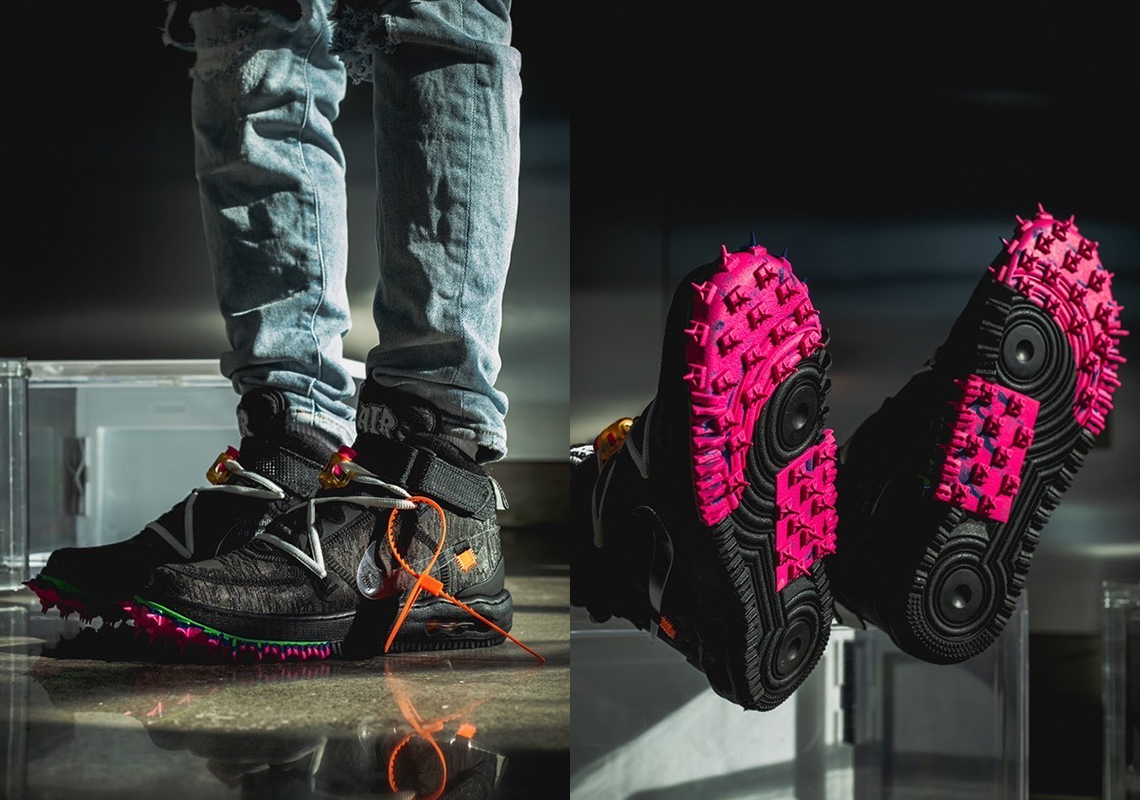