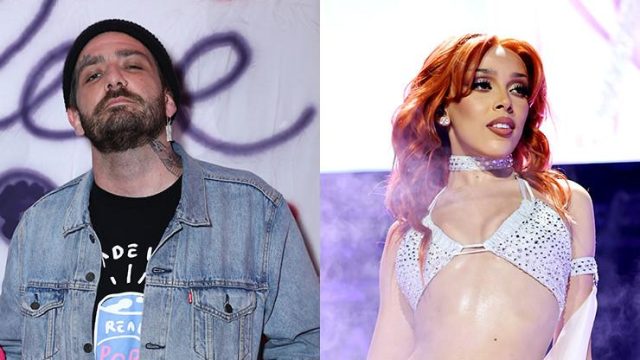 Ash Riser was an artist and producer from Los Angeles. Throughout his short career, the West Coast musician worked alongside Kendrick Lamar on several projects including his self-titled EP, The Kendrick Lamar EP, and Section.80, where he appeared on “Keisha’s Song” under the name Ashtro Bot.  He also went on to win a Grammy for his contributions to To Pimp a Butterfly.

Riser, unfortunately, passed away on June 12, 2021– just a month before his album H.O.P.E was set to be released.

While his cause of death has not been revealed to the media, a few podcasters used their platform to spill details not many people knew.

In a recent episode of No Jumper, host Housephone, alleged that singer, Doja Cat, was somewhat responsible for Ash’s death.

He stated, “The homie Ash Riser– he had a song with Kendrick Lamar back in the day… they (Ash and Doja) got into it and she deleted his whole hard drive of music that he was working on to send to TDE (Top Dawg Entertainment) or something like that. It was something very important, and she deleted his entire catalog of music that was on his hard drive. He ended up having a lot of substance abuse problems, and ended up passing away last year. This is just basically what I was saying that you can never let a significant other derail you because look what happened to her and look what happened to him.”

“His whole life got derailed, starting from this Doja Cat…dating her,” he continued. “She’s somewhere rich and famous, she probably never thought about that n*gga again. I’ve seen the shit with my own two eyes.”

When the clip aired, it did not go over too well with Ash’s estate or his mother. A tweet was sent out from the late musician’s page that demanded the No Jumper episode be taken down due to false allegations. It claimed that the relationship between Ash and Doja “did not send him into drug abuse nor did it have an effect on his career.” The page further went on to claim that Ash and Housephone were never friends to begin with.

Ash’s mother was also distraught by the claims. She took to Twitter and stated that the rumors were “utter BS.” In a tweet replying to a news story with the clip in question, she wrote, “I’m Ash’s mother and this is utter BS. Absolutely not true. I’ve never even heard of this kid spreading these salacious rumors. He should have more respect for people instead of passing himself off as someone in the know.”

Check out the tweets on the issue below, as well as the clip from the No Jumper podcast that sparked the outrage.