With the Air Force 1 turning 40 this year, Nike is doing their best to celebrate the classic sneaker appropriately. Unlike previous anniversaries, this year sees the brand pulling out all the stops for the silhouette, dropping no shortage of colorways and collaborations. Here, things take an extraterrestrial turn, as the shelves clear to welcome an upcoming “Satellite” themed make-up.

Despite its namesake and the accompanying graphic on the tongue label, the pair is no diorama of space nor the piece of machinery itself. Rather, the theme serves as an umbrella for new materials, which the upper incorporates across the red Swoosh and light blue heel tab. Both are treated with what appears to be a holographic finish, whose surface warps the light in a somewhat nebulous manner. The tan construction that builds out the brunt of the shoe is far more standard by comparison, allowing it to perfectly fade into the background of the aforementioned as well as the icy blue touches, the futuristic style of the Nike branding, and the tongue’s dark black ripstop.

For a closer, in-depth look at the Air Force 1 “Satellite,” check out the official images added below. More details surrounding the shoe’s release should surface soon.

In other news, skate shops are about to receive the Nike SB Dunk Low Light Cognac. 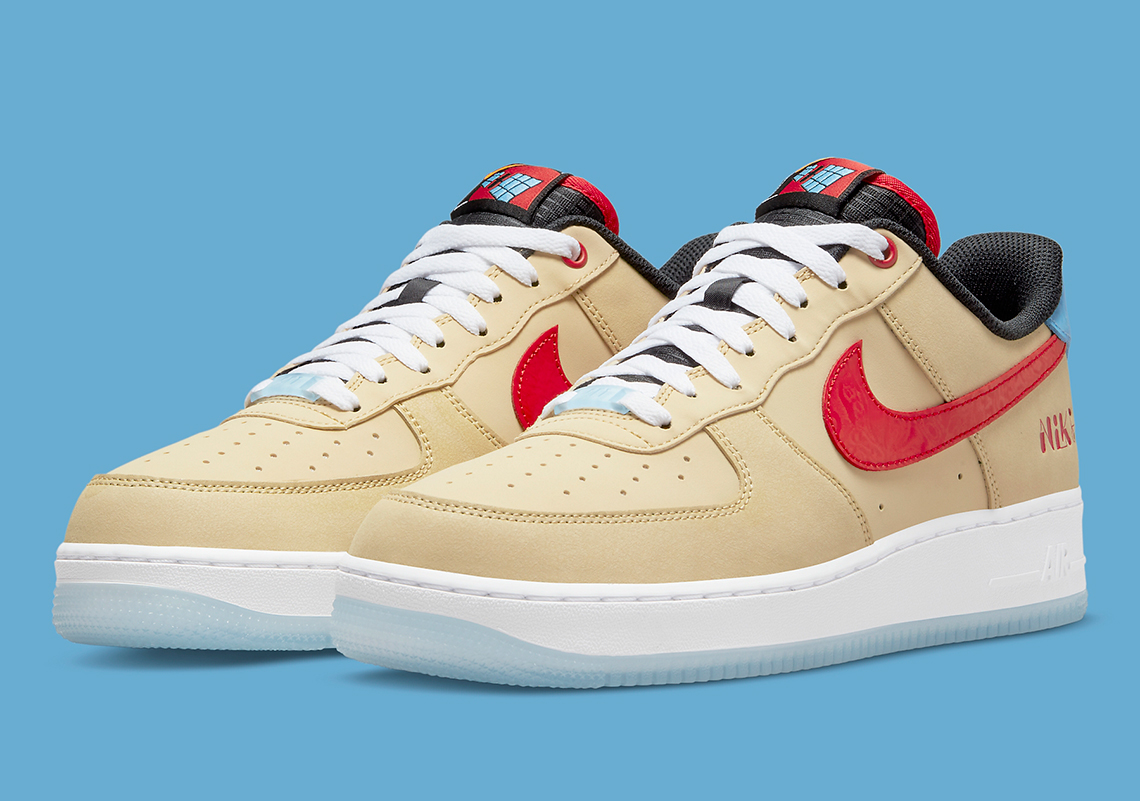 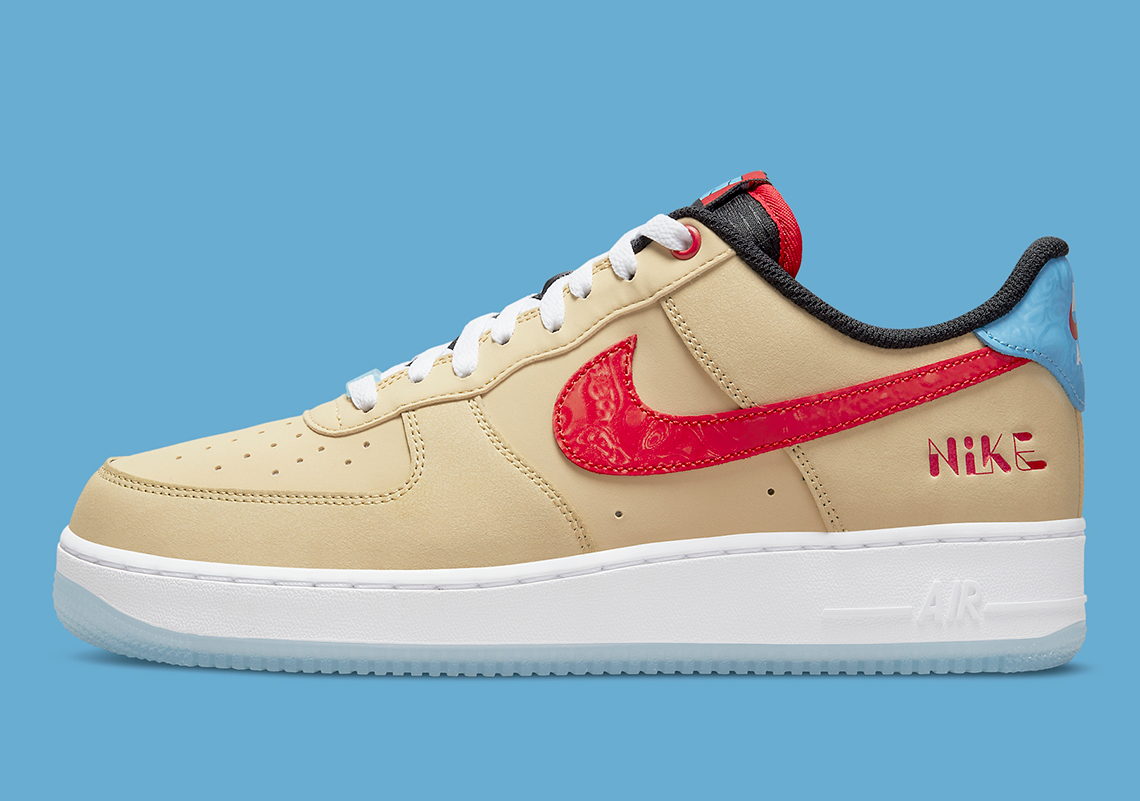 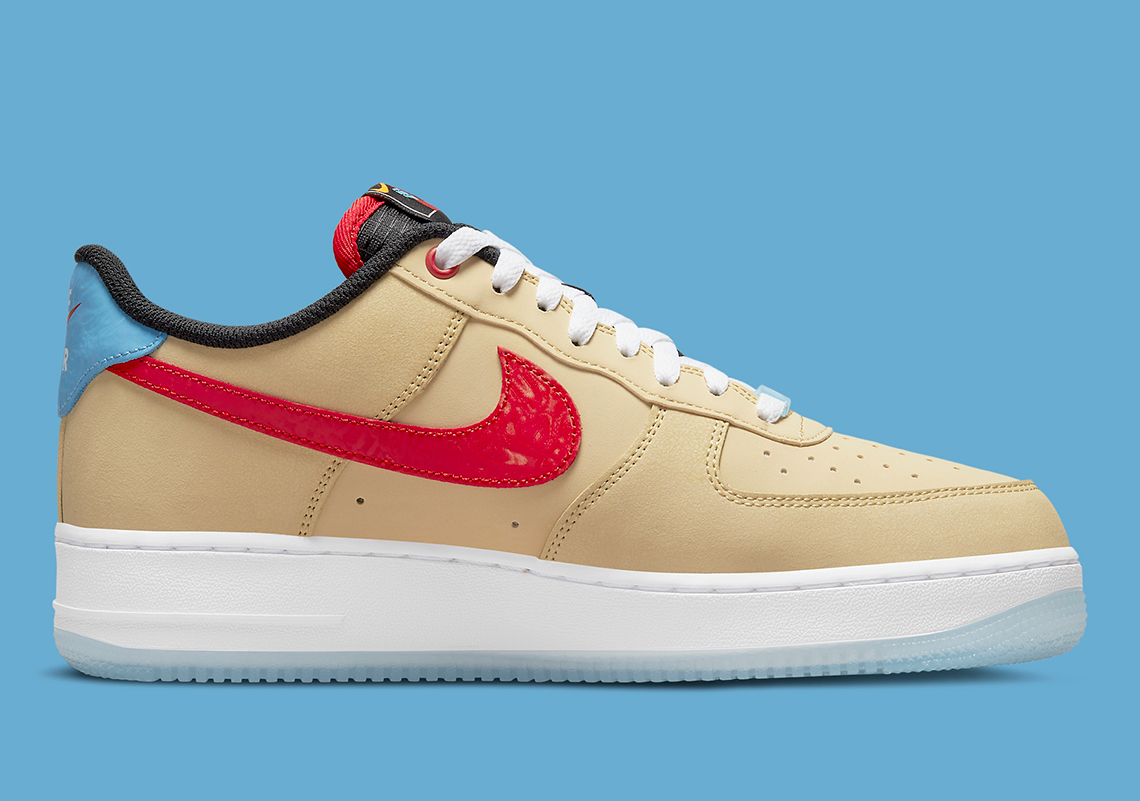 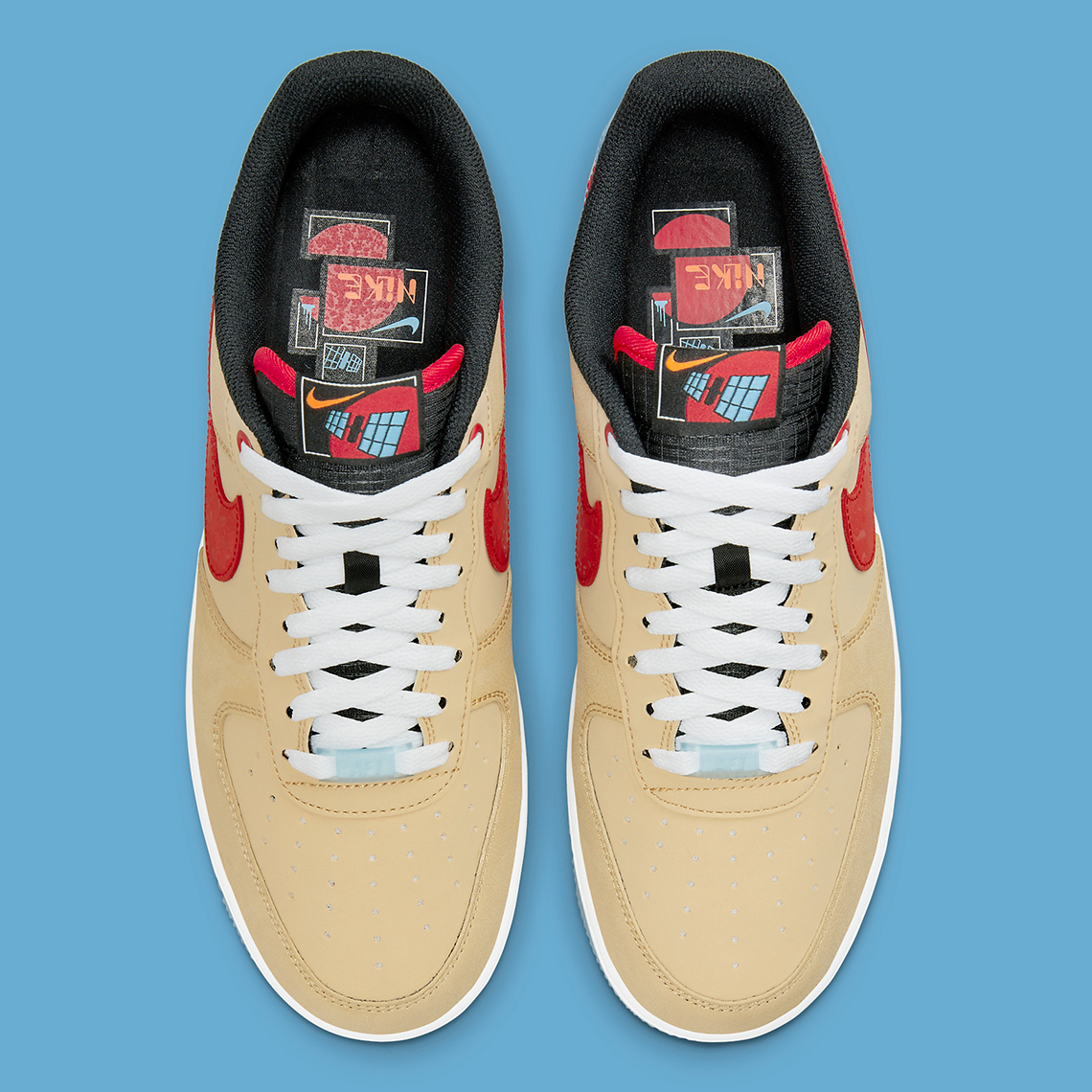 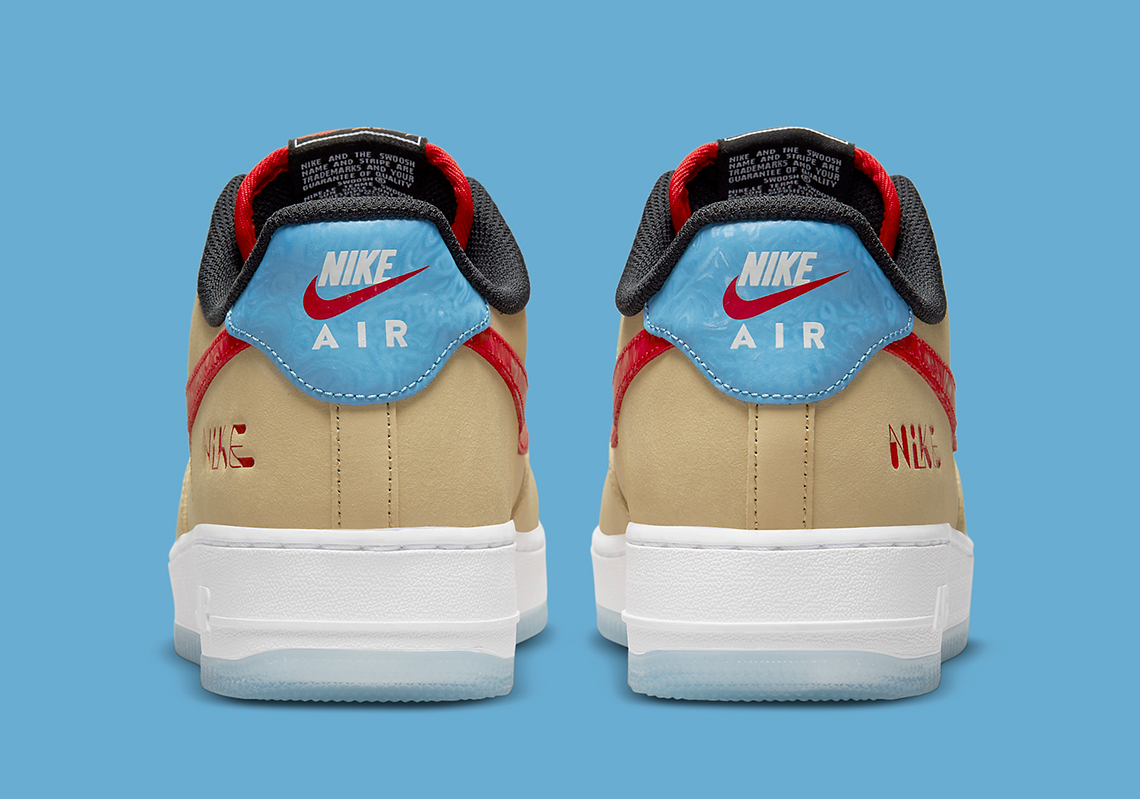 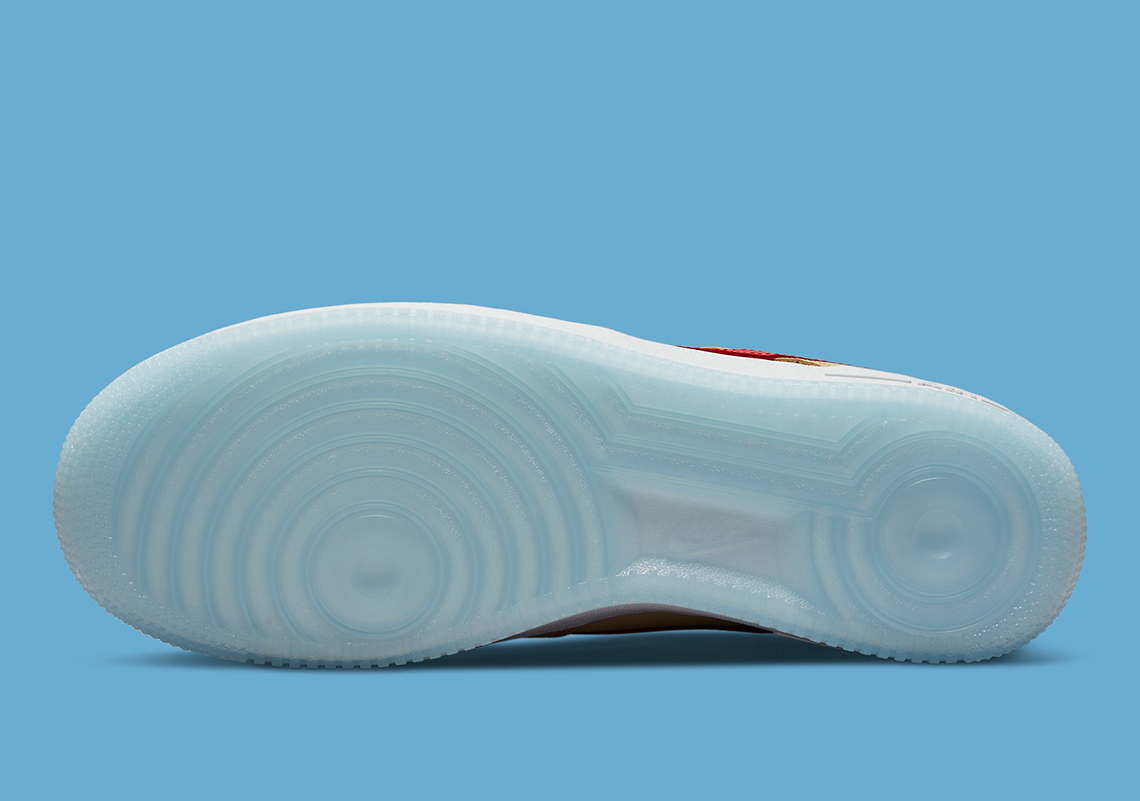 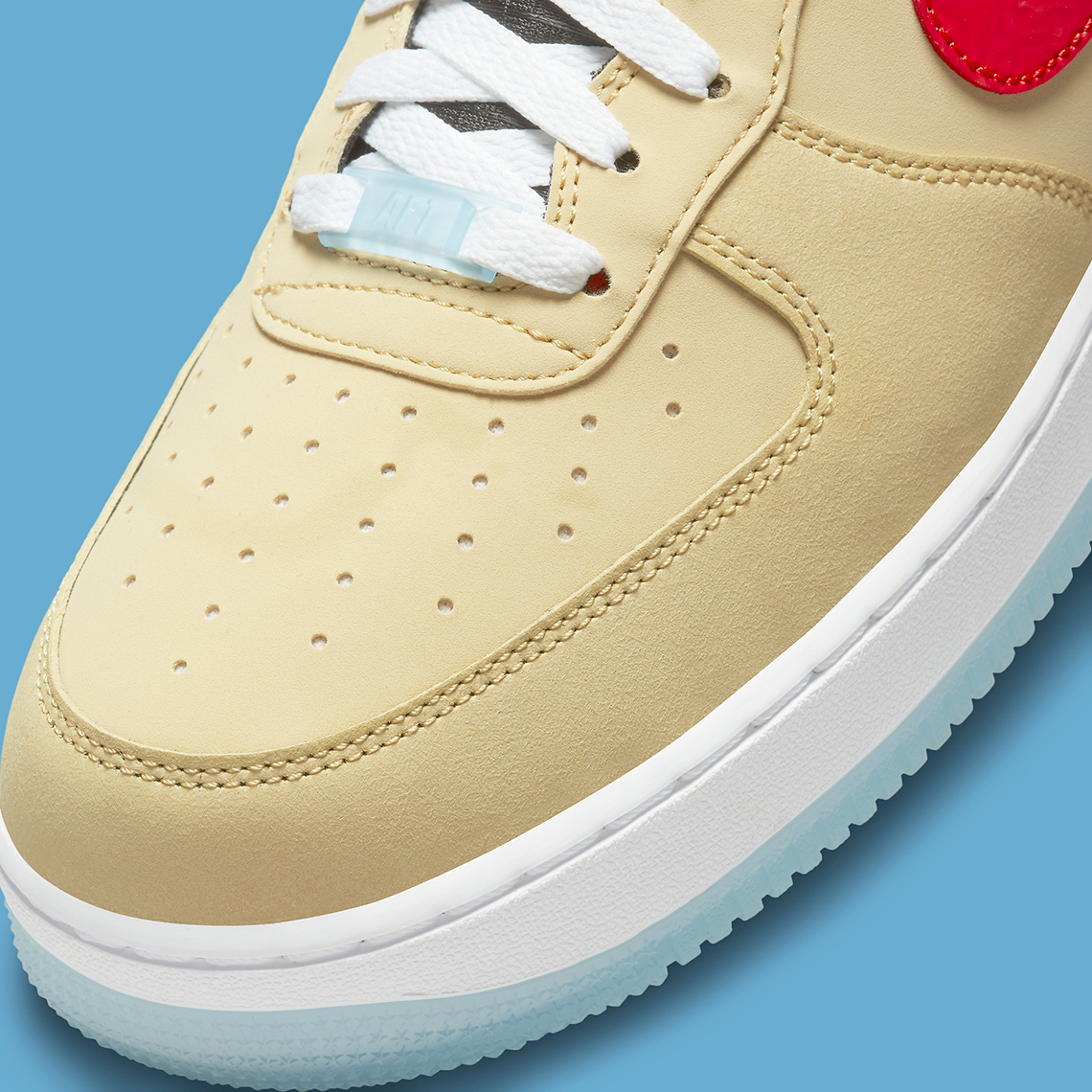 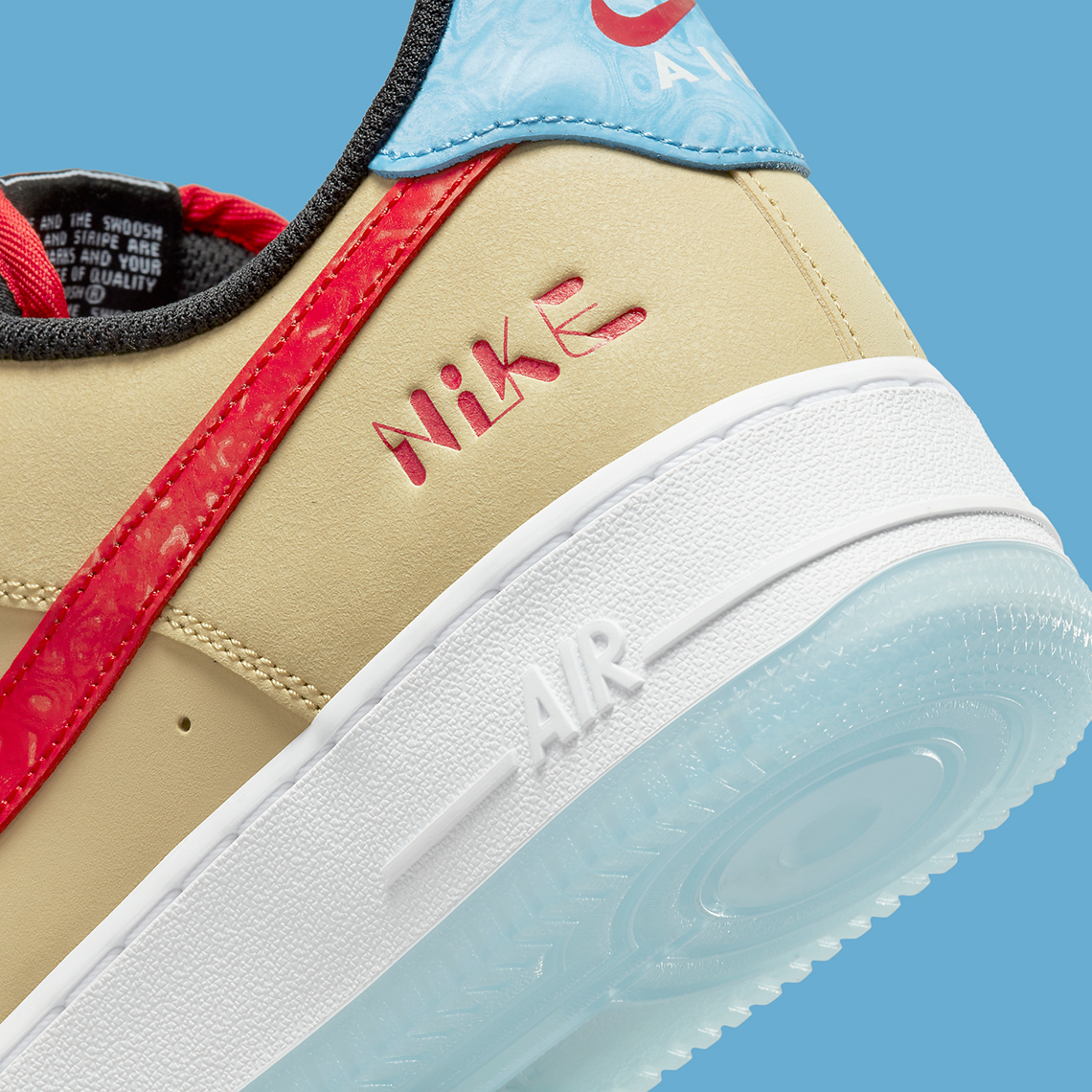