As the first official Nike Basketball sneaker, the Nike Blazer Mid has done a lot over the course of its lifetime. Recently, the budget-friendlier silhouette has appeared in a predominantly white-colored ensemble complete with playful details.

Seemingly a kid’s-exclusive proposition, the upcoming sneakers fall in line with some of the model’s most recognizable styles. Reinforcement at the tip of the toe and lateral forefoot, however, deviate from their traditional grey suede builds in favor of “colorless” leather ones. Profile swooshes are haphazardly “painted” on with a brush, and are accompanied by a transparent cover in the shape of a standard swoosh. Branding on the top of the tongue and panels at the spine deviate from their surroundings in a vibrant yellow that works in-tandem with the light blue swooshes to create a spring and summer-ready Nike Blazer.

Enjoy official images of the pair ahead, and anticipate a Nike.com launch soon.

Elsewhere under the Swoosh umbrella, the Nike Air Max 97 continues to celebrate its 25th anniversary. 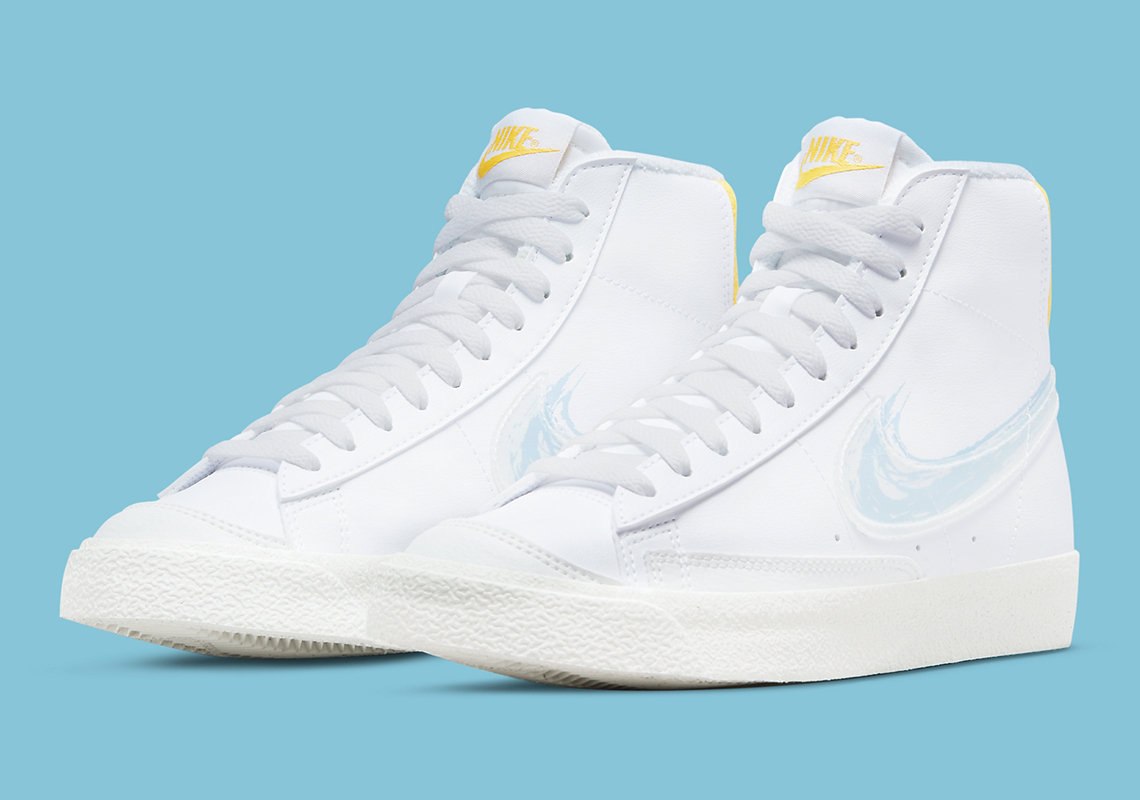 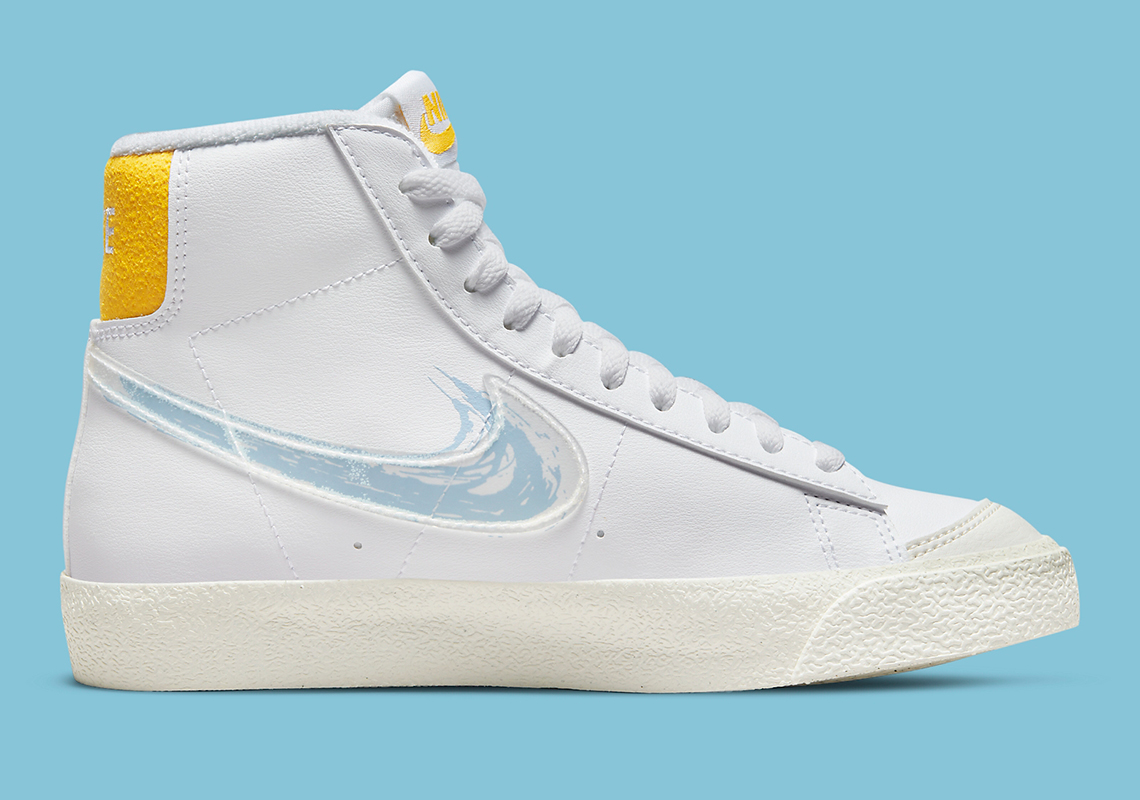 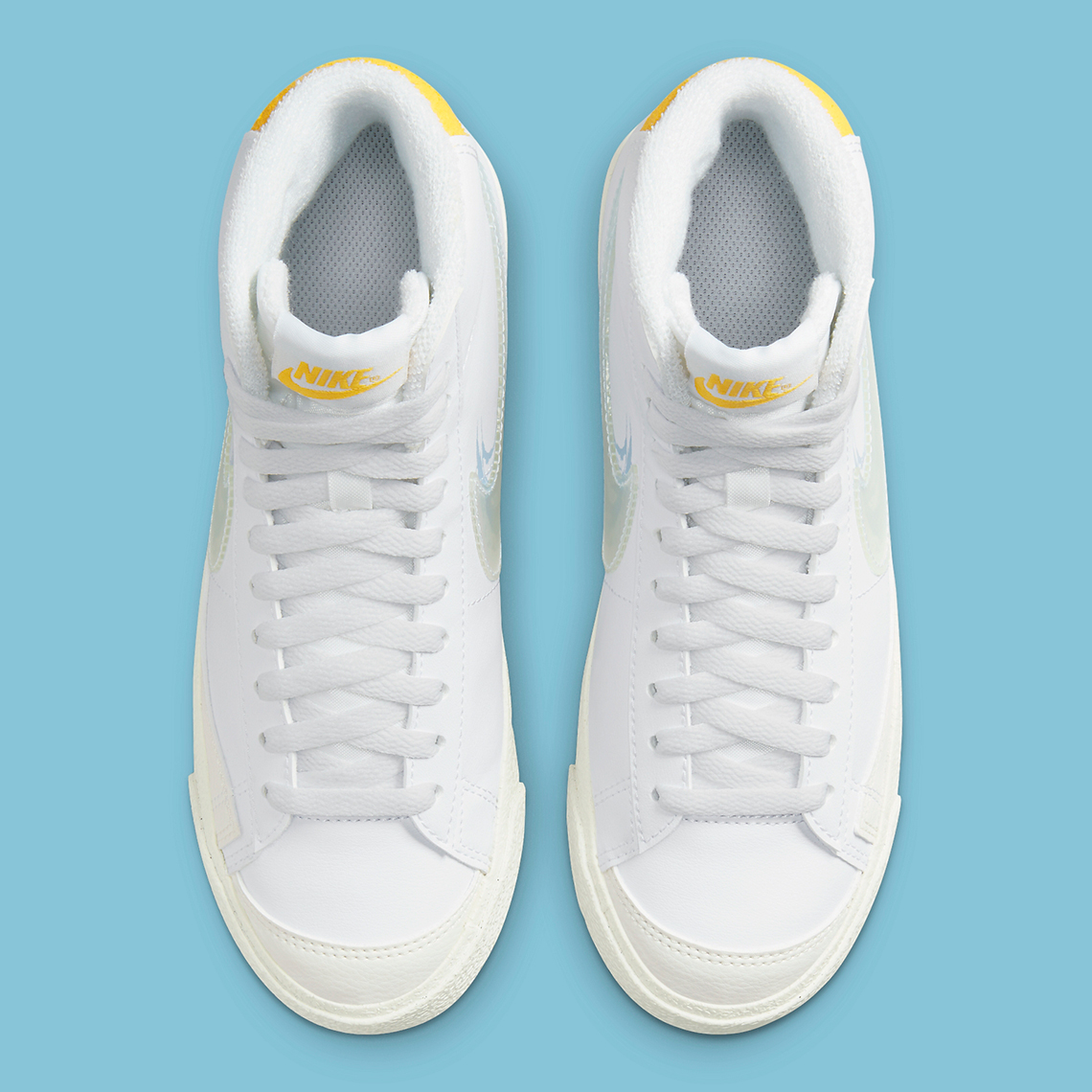 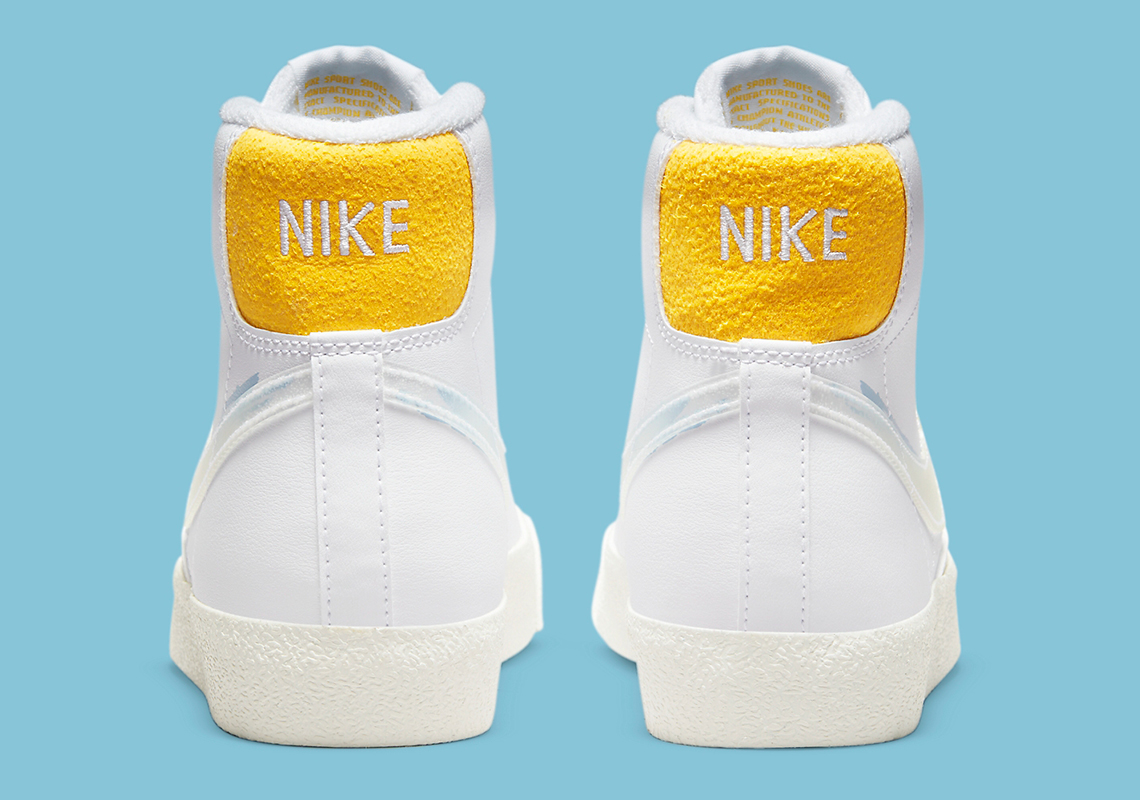 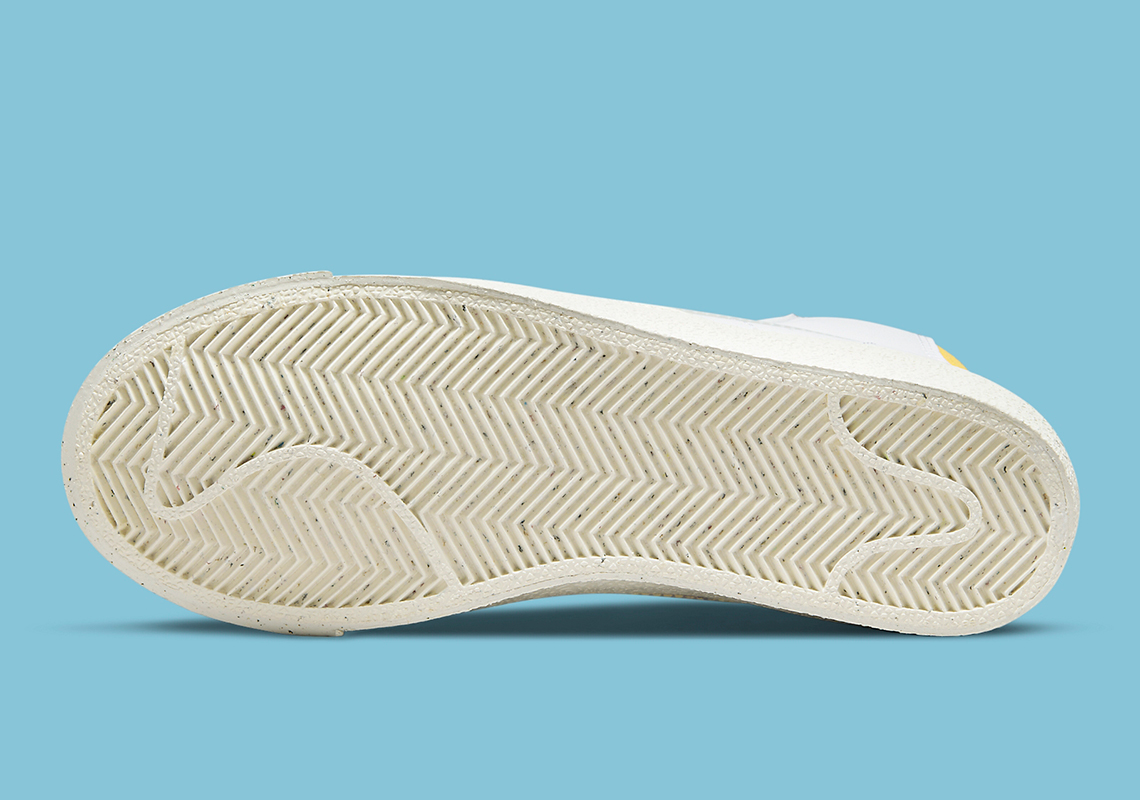 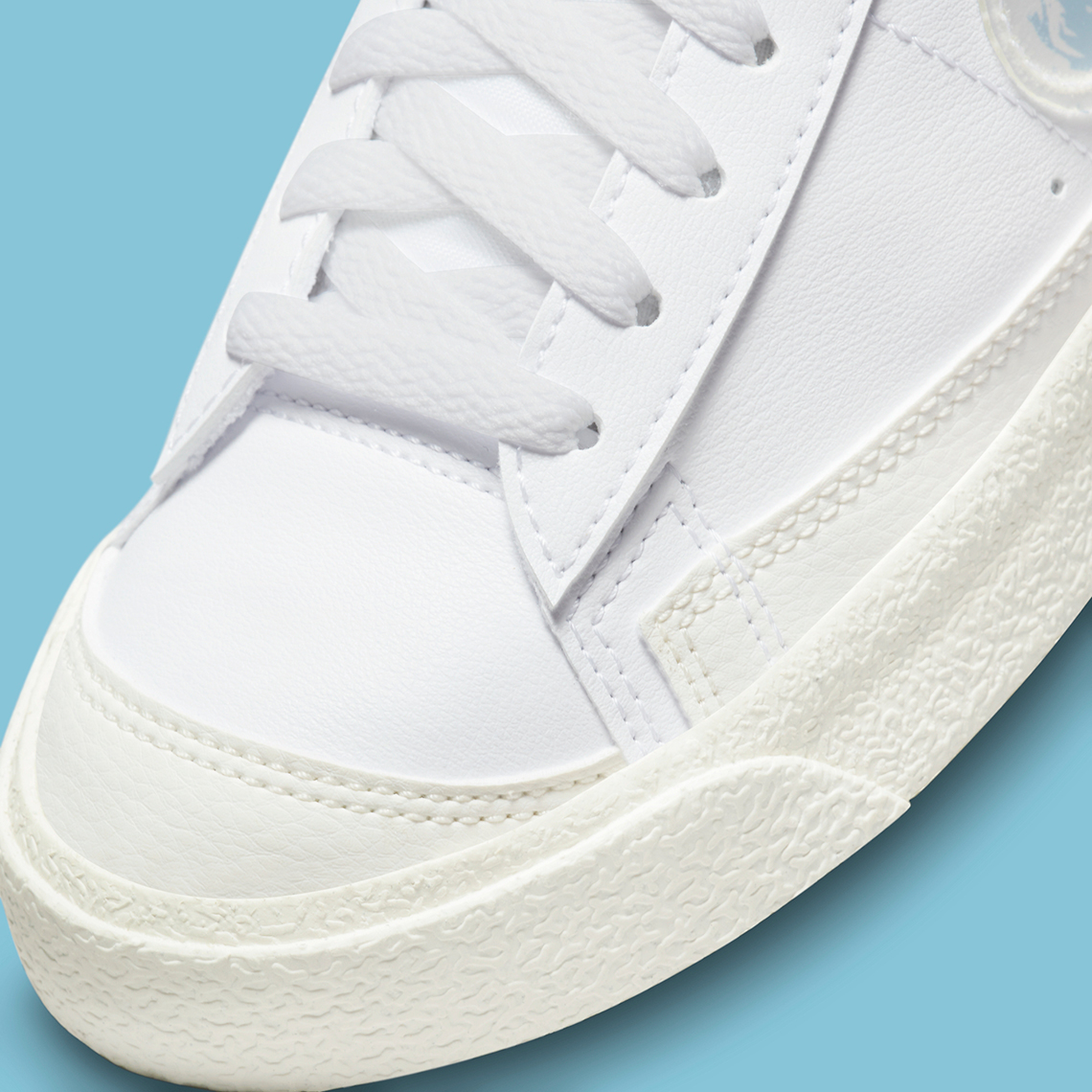 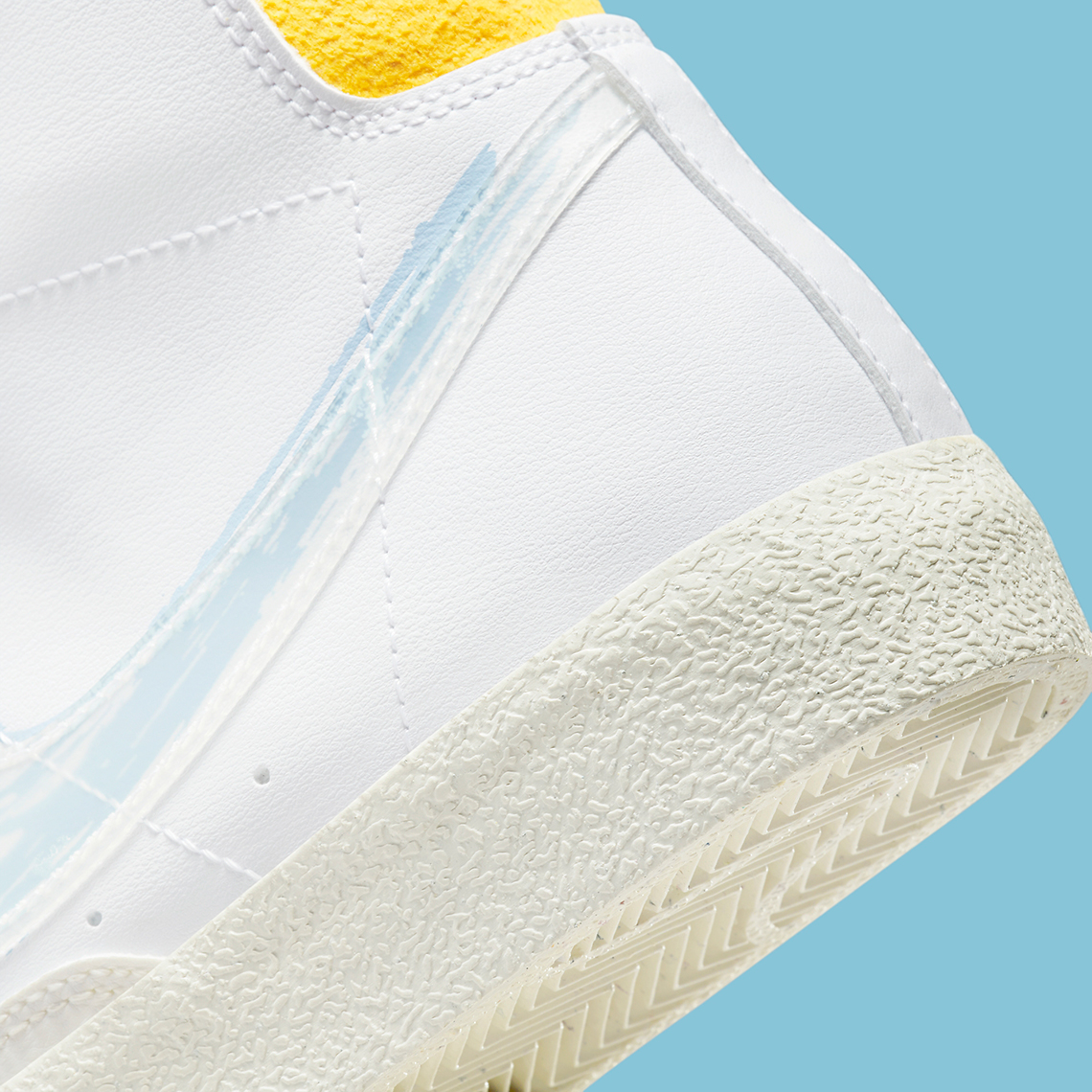