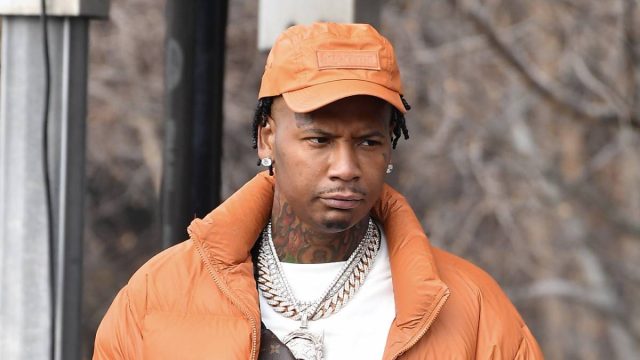 Ja Morant and the Memphis Grizzlies have been one of the biggest surprises of the NBA season. They finished second in the Western Conference, and they are expected to make the Western Conference Finals as the teams in their way aren’t all that strong. For instance, the Grizzlies will get to play against the Minnesota Timberwolves who are simply excited to be in the big dance.

Morant has received a ton of support from Memphis celebrities, including Moneybagg Yo. In fact, according to DJ Akademiks, Moneybagg Yo just gifted Morant with a coveted “Bread Gang” chain. The entire thing is encrusted with diamonds, and there is no doubt that Morant will be shining whenever he steps into an arena.

Moneybagg Yo and Morant have developed quite a friendship over the past couple of years. In 2020, the artist dropped a song called “Rookie Of The Year” which was an homage to Morant. They also got to take part in a Nike commercial which was meant to show just how big Morant is in Memphis right now.

If the Grizzlies go on a deep run in the playoffs, then Morant’s superstardom will be cemented. Hopefully, he can take this team to their first Finals appearance in franchise history.