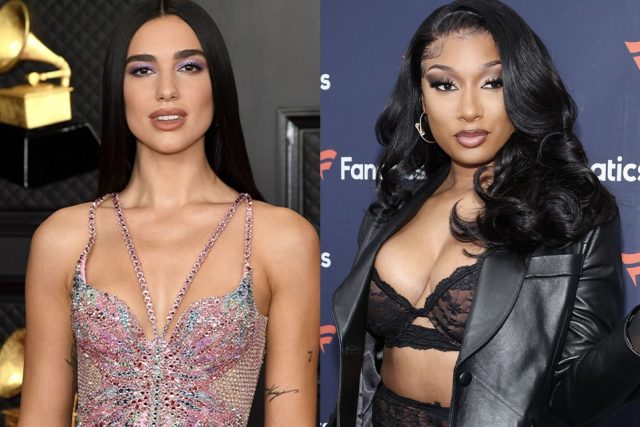 Megan Thee Stallion has a new song on the way with Dua Lipa that is due out on Friday, March 11. The Good News rapper announced the joint effort in a tweet on Sunday.

The post includes photos of four cakes featuring pictures of both artists depicted on the icing.

Lipa also shared a snippet of the upcoming track on her Instagram page with more pictures of the two artists.

Despite Megan’s global fame, she still has quite a few haters, including Joe Budden. The podcast host recently explained that he doesn’t consider Megan a “superstar” due to her lack of album sales.

“You’re not a superstar if you can’t sell an album, what the f**k are we talking about right now?” Budden said, last month. “What stops her from being a superstar if we’re taking out sales? She ain’t sold sh*t. Got every brand deal in the world, but also has all the backing from different people. She’s got a lot going on. That’s the game today.”

Check out Megan announcements below.