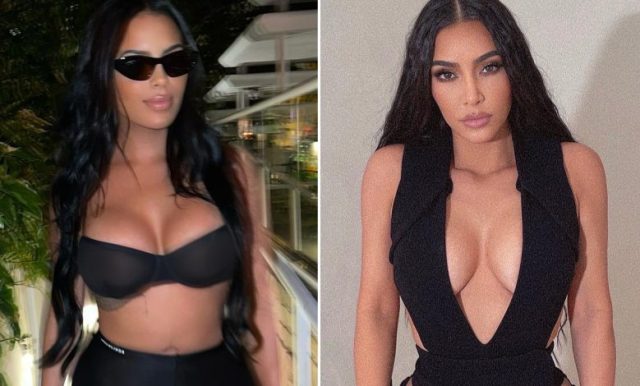 While Ye has made it clear that he’s not a fan of Pete Davidson, Kim was much kinder when asked what she thinks of her ex-husband’s new girlfriend, Chaney Jones.

During an interview with Amanda Hirsch’s “Not Skinny Not Fat” podcast, Hirsch mentioned that “some women” West has been dating appear to be a “huge fans of yours” and “even kind of dress like you.” But Kim said the “look-alike vibe” doesn’t make her feel weird.

“I just want him to be happy,” she said. “She seems like the sweetest. Whatever makes you happy, I don’t care what it is.”

Kim insisted that she only wants the best for the father of her kids. “I think that it’ll reflect in your life and your work, everything, and how you are as a parent, so as long as he’s happy, I genuinely just want that, truly,” she added.

Ye has been outspoken when it comes to Pete Davidson, who he has attacked on social media and in his music and videos. However, there are reports that he is seeking “behavioral treatment” and has agreed to stop making “inflammatory social media statements” about his ex and her boyfriend going forward.

After breaking up with Julia Fox in February, Ye started dating Jones. Their relationship appears to be heating up in recent weeks. He bought a $275,000 Birkin bag for his 24-year-old “muse” and the pair went on a “baecation” to the luxury Amangiri resort in Utah over the weekend.