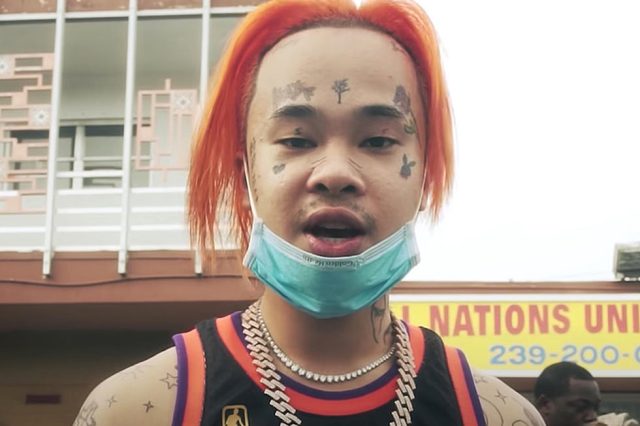 Kid Trunks apologized to fans last night after admitting to making false claims about a lung cancer diagnosis and getting shot in the face within a 3-month span. The Miami rapper went on Instagram Live this week where he came clean to his fans, and admitted that he was “clout chasing.” Trunks owned up to his “very corny, dumb, stupid, and r****ded” lies before explaining that the supposed gunshot wound was actually sustained from the metal strip of a medical mask.

“First of all, I do wanna apologize for what I said about me getting shot. I did not get shot,” he said. “I had a seizure in the hospital and I had the COVID mask over my face and I was straining myself. You know, they have a metal string in the COVID mask and it popped out and I cut myself in the chin.”

He continued to explain that his addiction has caused him to be incredibly compulsive. Combined with what he felt was a dwindling career and a lack of support, he said that he thought lying about getting shot would somehow work in his favor.

“I  felt like I wasn’t getting as much love as I used to be. They say clout is a hell of a drug, but drug is a hell of a drug,” he continued. “I felt that me lying about getting shot would work on my behalf, which it didn’t. And honestly, that was probably the stupidest thing I’ve ever fucking done. Yes, I was clout-chasing, I will admit that.”

The “IDK” rapper also explained that he had cancerous abscesses growing in his chest and in the back of his brain. However, he said he was intoxicated when he made the claims about having lung cancer.

“The one thing I did lie about is having lung cancer,” he said. “I don’t have lung cancer, I have a cancerous abscess growing in my chest and in the back of my brain. But I do not have lung cancer. I was just off the drugs. I got my phone at the wrong time. You guys don’t have to believe me if you don’t want to. I’ve been capping a lot due to me just overdoing myself.”

The rapper extended an apology to his friends, family, and fans for the pain that he caused and acknowledged that he had to change his ways. However, he added that he was lying about the near-death experiences he faced over the past few months.

“Really and truly, if I don’t change now, the only result that’s gonna happen is death, and we all don’t want that. The only thing I definitely didn’t lie about is having two near-death experiences in the last three months. I definitely had that. I just lied about what happened,” he said.

Check footage from his stream below.