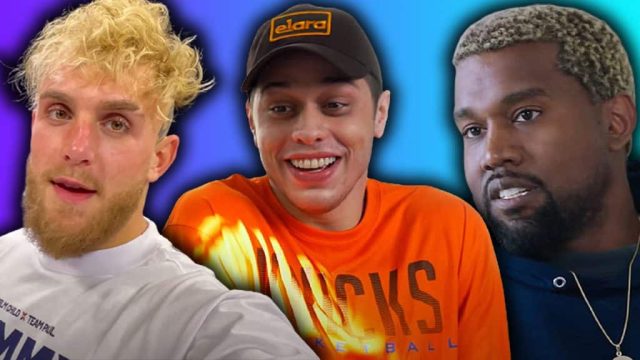 Amid their ongoing feud, the YouTube personality-turned-boxer has offered the rivals $60 million to participate in a six-round boxing match presented by his promotions company, Most Valuable Promotions.

In a tweet on Tuesday, Paul guaranteed them $30 million each, in addition to a pay-per-view upside.

Paul claims that he wants to see them settle their differences out of concern for Ye’s kids. “Let’s settle this beef like men, before the children get any more impacted,” he wrote.

Paul has a reputation for being an instigator. Back in January, he threatened to come after Pete, who made a series of jokes at his expense during the YouTuber’s boxing match with Ben Askren last year. “Kanye & I on his ass now. Soon to get slapped,” he tweeted.

Over the weekend, Ye’s feud with Davidson reached new heights when Ye complained that Kim Kardashian’s boyfriend boasted about sleeping with his wife. When asked where he was, Davidson responded with a shirtless selfie “in bed” with Kim.

Davidson extended an olive branch and offered to meet up with Ye in person at the Beverly Hills Hotel. “We can have food and talk it out in my room. Privately one on one. Man to man,” he told him.

However, it appears that Ye was not interested and instead invited him to Sunday Service. “This isn’t public dude. I’m not here for pictures and press. Which is obviously all you care about,” said Davidson.