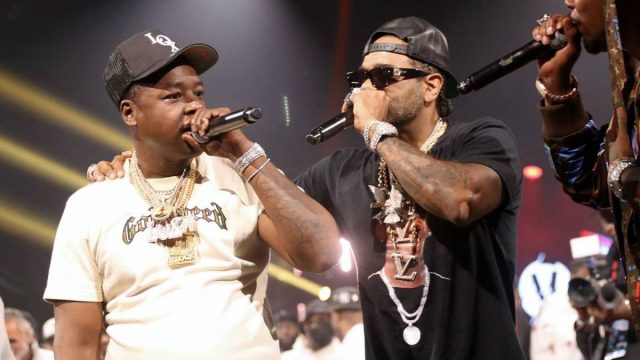 It’s been a few months since The LOX unanimously won Verzuz against Dipset. Jadakiss‘ performance that evening proved he was a Verzuz MVP, especially since it was his second time on the platform. However, Jim Jones is trying to get him back on stage for a one-on-one.

Jadakiss has formally responded to Jones’s invitation on the Verzuz stage and it’s not looking good for the Dipset member. During an interview with Shade45’s Superstar Jay, Jada explained that he isn’t even going to entertain the idea, nor does he think Swizz Beatz or Timbaland would either. “I heard him say that but I didn’t entertain it. I don’t think Verzuz would entertain it. I don’t even think the people would want to see that,” he said in response to Jim Jones calling him out.

Jim Jones called out Jadakiss shortly after Dipset vs. The LOX at the Hulu Theatre in NYC. During an interview with HipHopDX, he suggested that the outcome of the Verzuz might be different if it’s just him and Jadakiss facing off against each other. “I would want to have a Verzuz with Jada. Solo,” he said with a smile. “He has to deal with me on my terms. He better be prepared. When it comes to a top three, I don’t really have a list. I just got real smoke with Jada.”

Check out Jadakiss’ full interview on Shade 45 below.