The Simpsons have one of the most memorable and random side-quests in shoe history thanks to Nike SB’s ongoing tribute to the lovable family. Starting way back in 2004 with a SB Dunk Low “Homer Simpson” release, Nike SB has followed that legendary silver-box era drop with an SB Dunk High for Marge Simpson and now Bart Simpson SB Dunk. With Lisa and Maggie awaiting their turn, it would only be right for the Swoosh’s skate division to honor the youngest two of the Simpsons clan.

On a more unofficial note, this Nike Dunk Low Next Nature has appeared in familiar colors; the upper sees a blue, yellow, and white combination reminiscent of those SB Dunks that cover Homer’s everyday ‘fit and complexion, although these don’t have the dark brown and gum soles. Rather, these are a playful in-line release from the Dunk Low Next Nature collection in kids sizes. 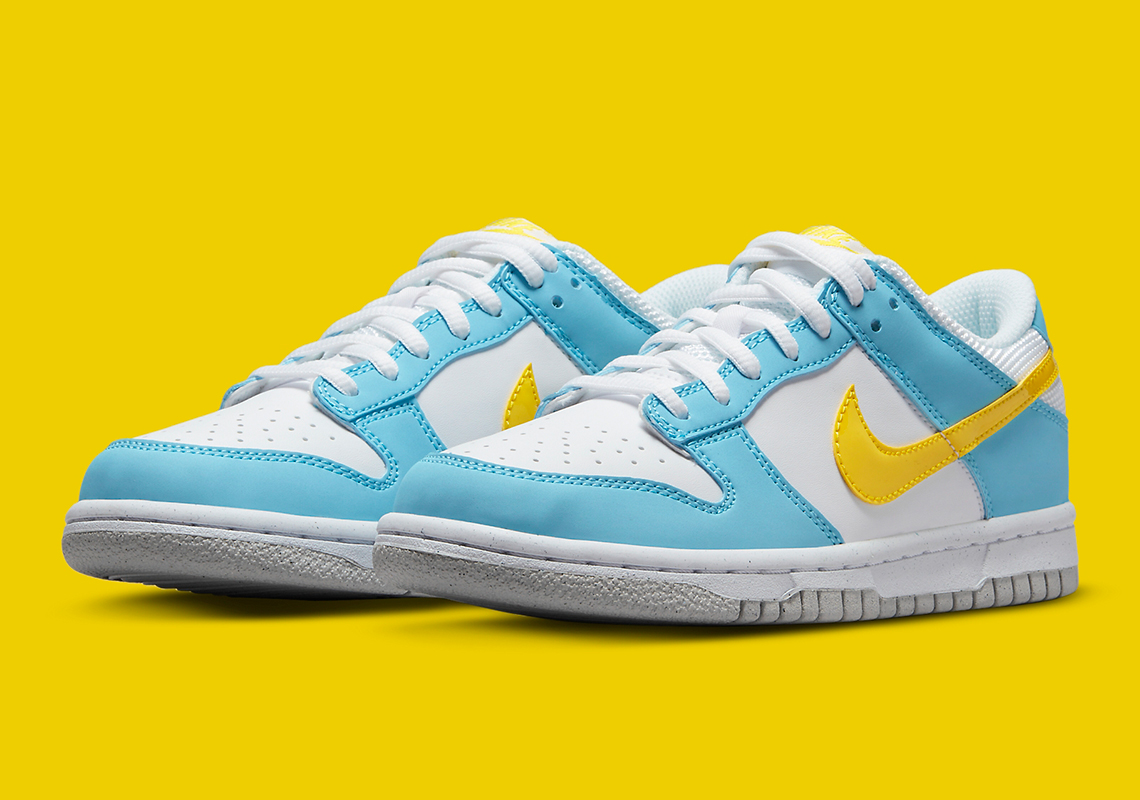 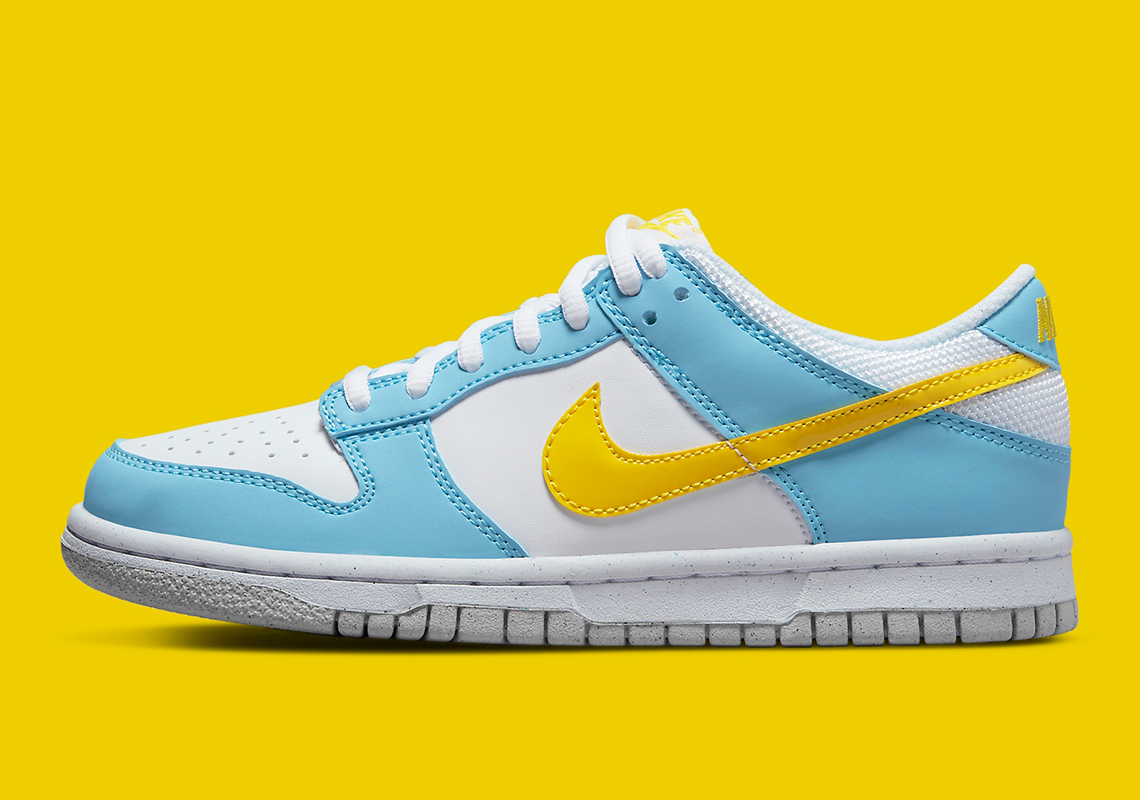 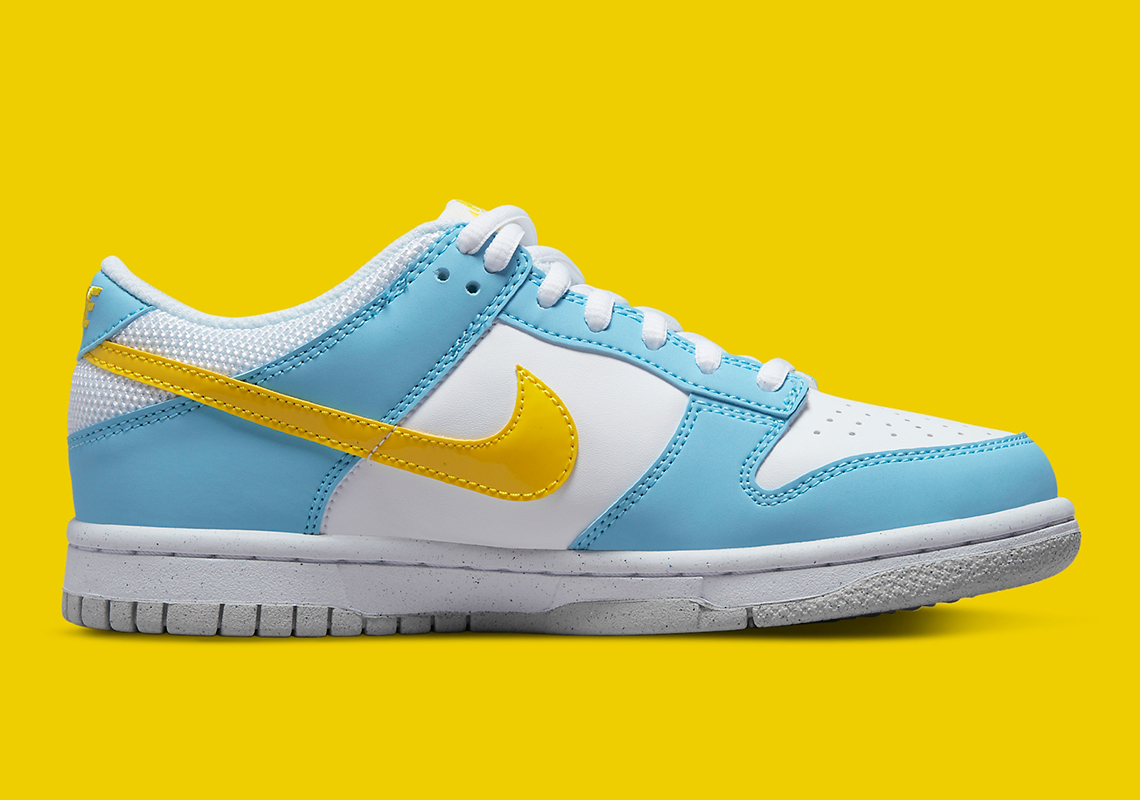 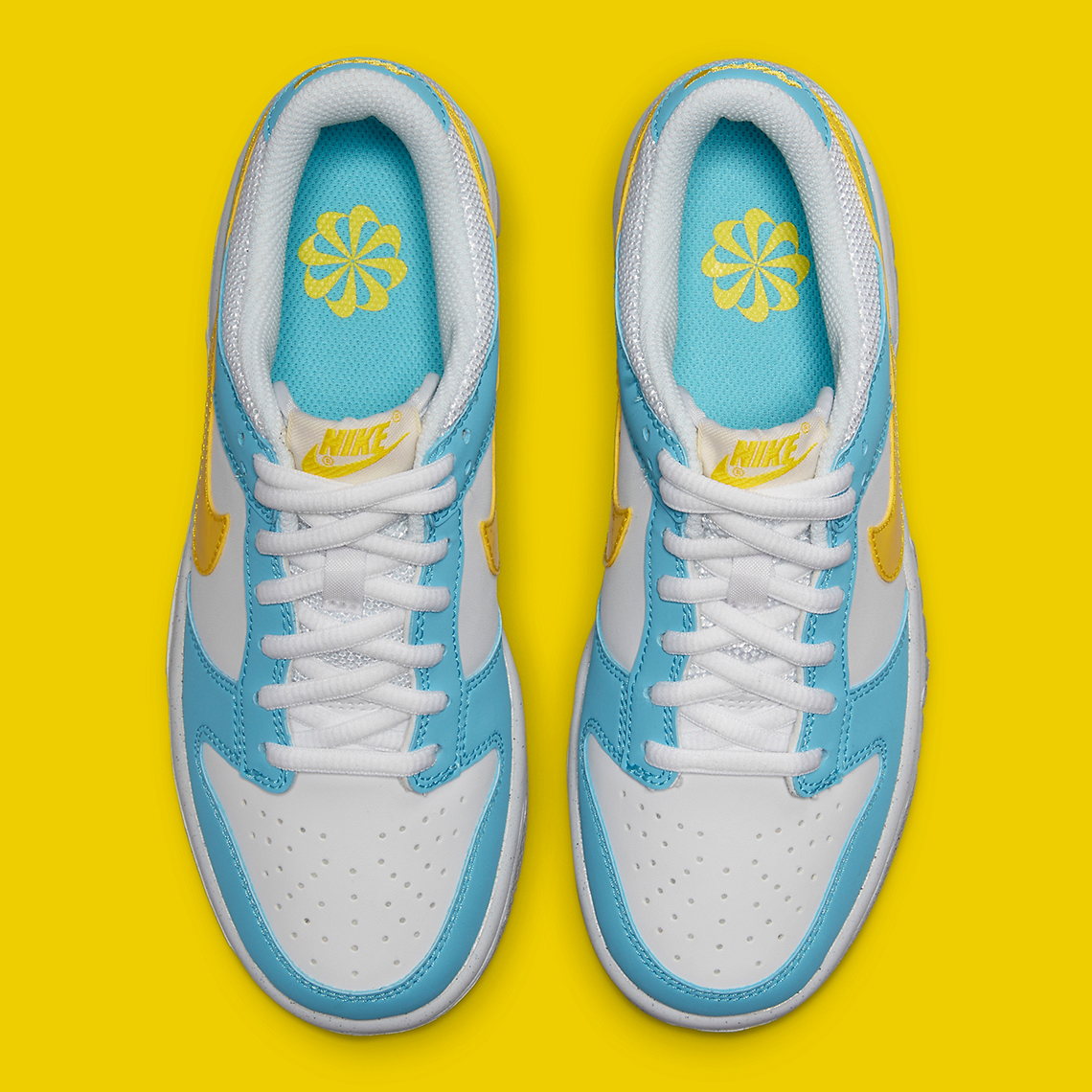 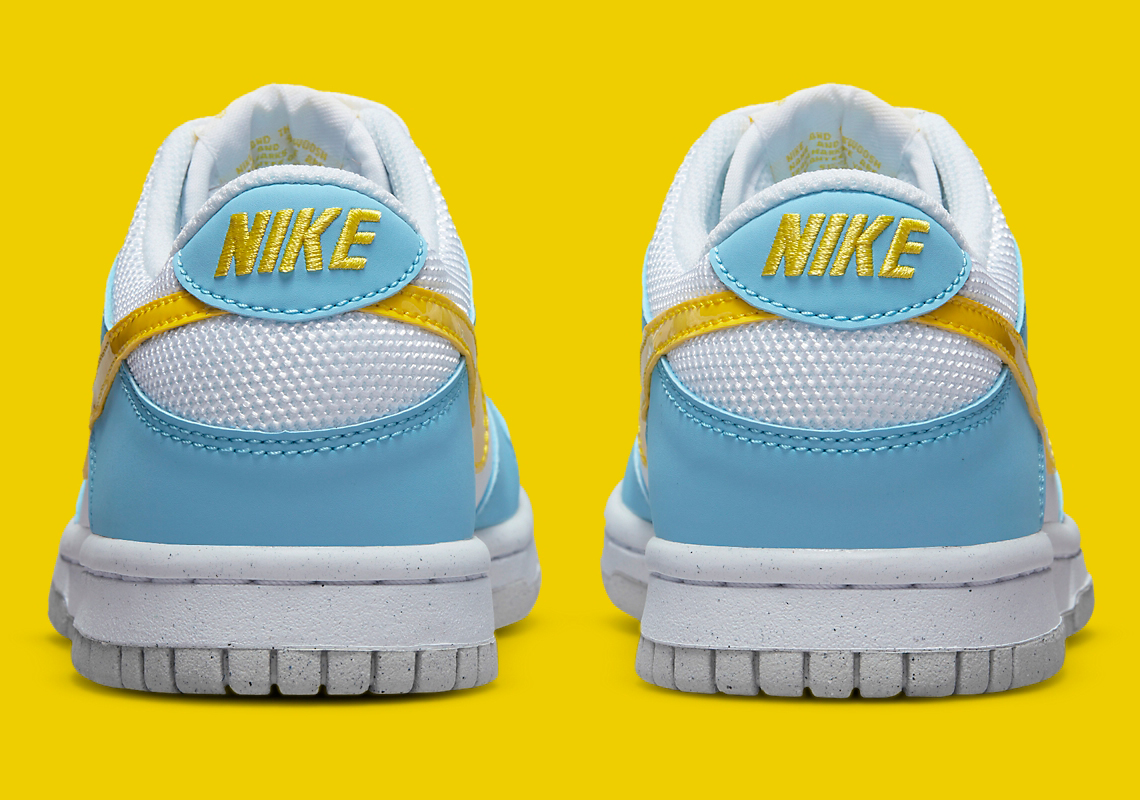 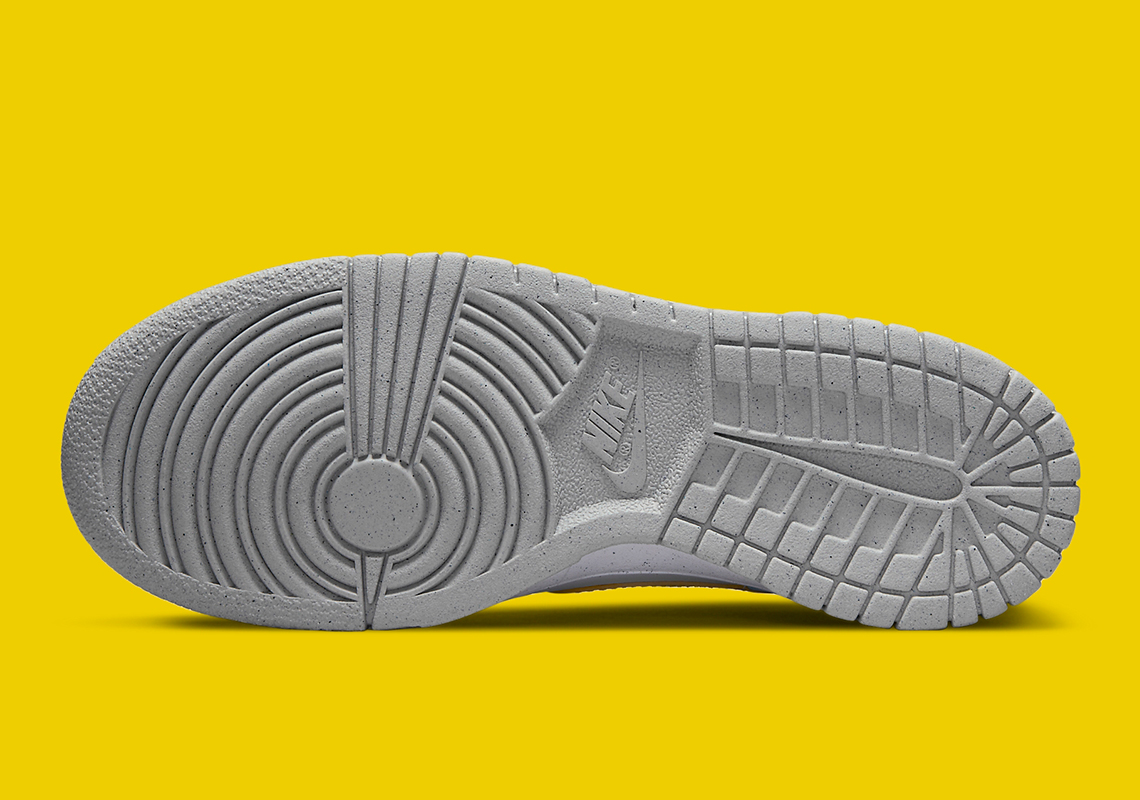 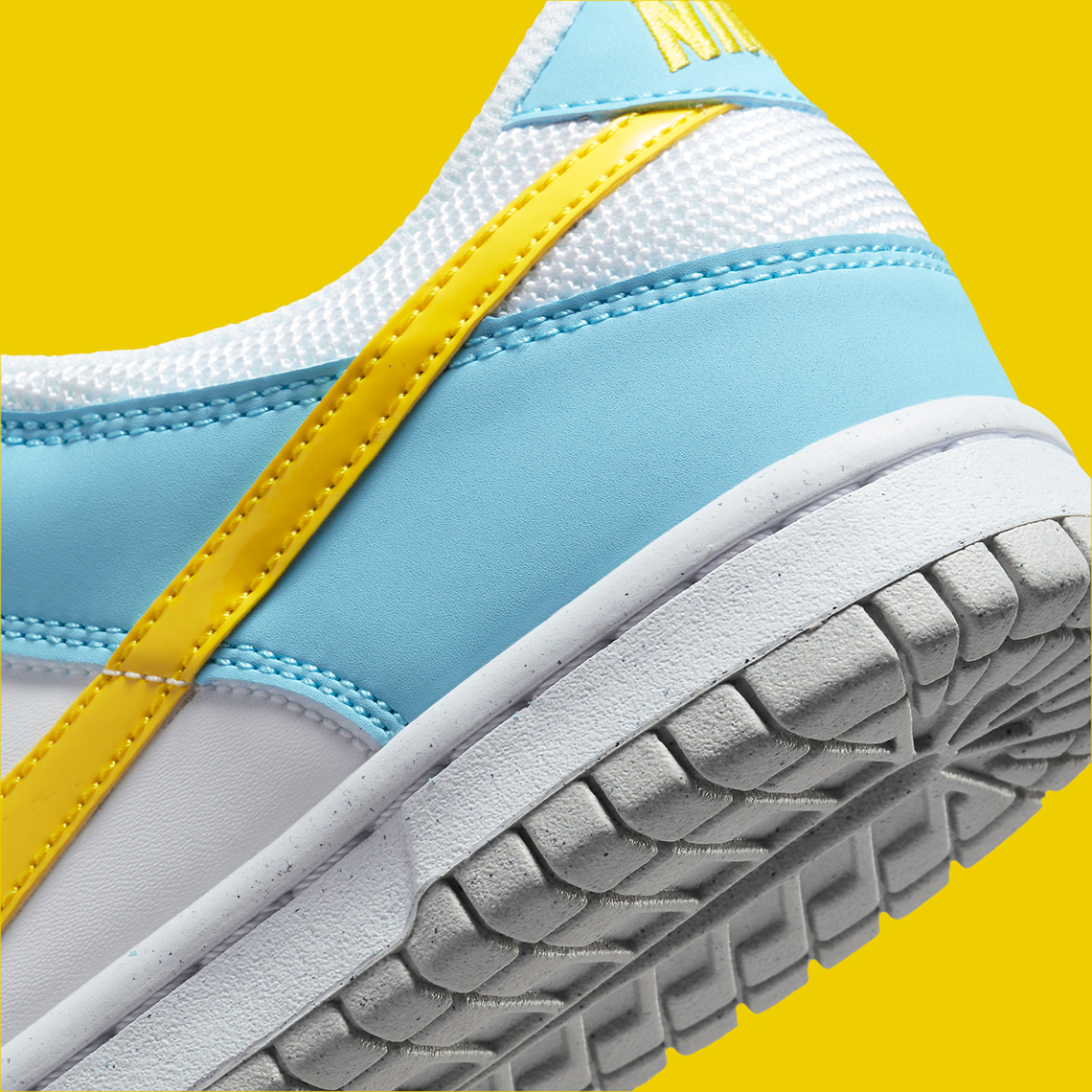 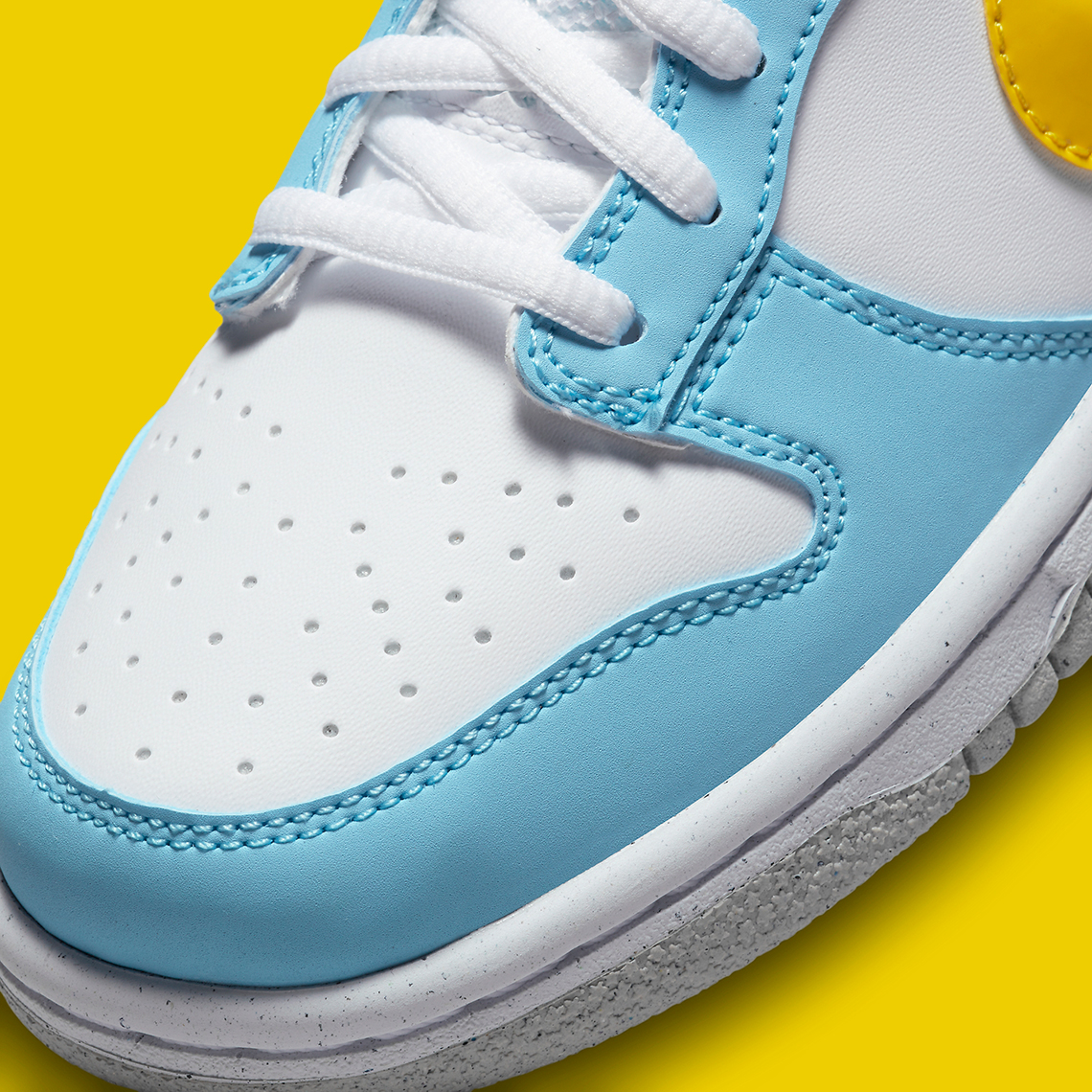