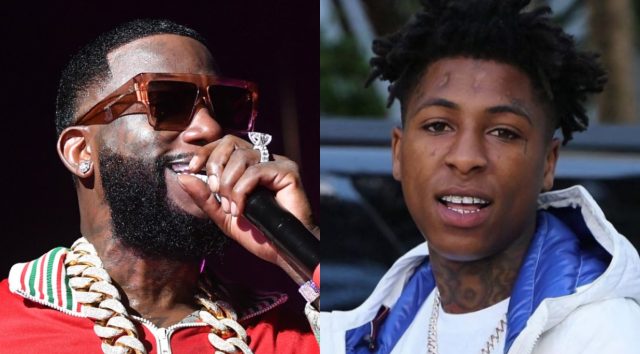 After YoungBoy Never Broke Again dissed him on “I Hate YoungBoy,” Guwop has responded with his own diss. On “Publicity Stunt,” the 1017 Records boss takes thinly-veiled shots at an unnamed rapper.

“He’s tryna pull a publicity stunt / These rappers be pussy, they bleed once a month / Don’t speak on my name, don’t get put in a blunt / You can diss all you want, still won’t get a response,” raps Gucci.

“Stop beatin’ ’round the bush and just get to the point / You wanna be me, I know what you want,” he continues. “But you ain’t gotta pull no publicity stunt / Live by the gun, then you die by the gun / Ain’t gotta care ’bout the shit that I done / My ni**a got bond and he went on the run.”

At the end of the track, he also references a lyric off YoungBoy’s AI YoungBoy 2 song “Make No Sense.” “I thought you felt like Gucci Mane in 2006,” says Gucci, who also used the line in his Instagram caption.

Last month, YoungBoy called out Gucci, along with Lil Durk and Lil Baby, on “I Hate YoungBoy.” The diss includes the lyrics, “Used to f**k with Gucci till I see he like them pussy ni**as.”

On Friday, YoungBoy and DaBaby dropped their joint project Better Than You.