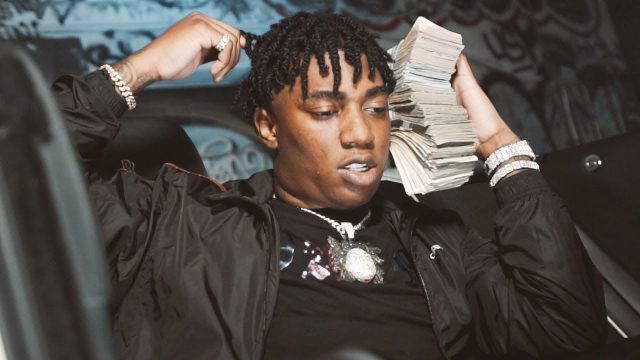 As YNW Melly‘s trial began, Hip Hop weighed in once again about the double murder case. Melly is accused of shooting two of his associates inside of a vehicle and while he has vehemently denied responsibility, not everyone has taken his account at face value. Several rappers, including Boosie Badazz and Meek Mill, have come forward to help circulate the “Free Melly” movement, but former Love & Hip Hop star Masika Kalysha called out those who have supported the incarcerated rapper.

“For all u dumb ass rappers claiming Melly didn’t murder his 2 unsuspecting ‘homeboys’ in cold blood with allll the evidence pointing to him… I just wanna know if he ain’t do it who u think did [shurg emoji],” she recently tweeted. “The gun shots came from melly’s seat inside of the car & he rode around With They dead bodies for hours before taking them to the hospital with his fake drive by shooting story.”

A post shared by Just A Matter Of Slime 💚 (@ynwmelly)

“Now how the car was shot up but Melly & the driver ain’t got hit?” Masika questioned. “[And] how they was killed from gunshots from INSIDE the car at close range & the SAME gun was later used to Shoot up the outside of the car AFTER 2 young men were ruthlessly murdered. Not to mention ‘murder on my mind’ is basically a narrative of how he murders his ‘friend.'”

Masika added that YNW Melly should remain locked up and authorities should throw away the key, but Fredo Bang chimed in with a rebuttal.

“This some real lame *** **** Innocent Til Proven Guilty don’t cross Y’all minds until your put in a situation where no one believes you,” the rapper wrote. “What type of person even with sh*t on a mf without knowin wtf going on. crazy thing is , it be black people who are quick to judge their own.”

Do you agree with Fredo or Masika? Swipe below to check out their posts.