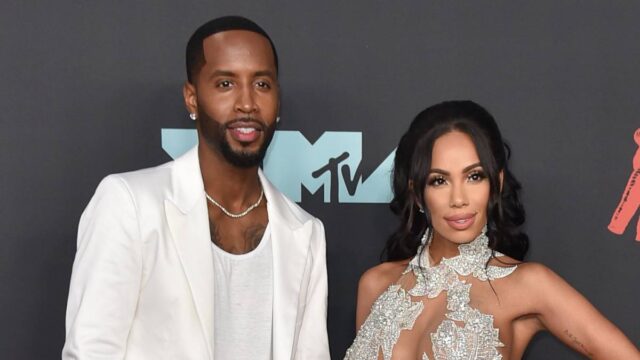 Last year, Erica Mena filed to divorce her husband, and baby’s father, Safaree Samuels. The former couple had been married for two years and birthed two children together– however, that just wasn’t enough to save their relationship. Although it’s been nearly a year since they split, the drama surrounding their break-up has continued to be plastered across social media.

Just last month, Erica got into a full-on verbal argument with an alleged prostitute, Mantos, that was said to have had relations with her ex. Throughout their beef, some crucial allegations were made– one which accused Safaree of being unfaithful and preying on a 15-year-old girl a few years back.

Since then, the two have been quiet about each other across socials, but, according to TMZ, they are still working to get far away from one another. As reported by the outlet, two have sold their house in Georgia to a television executive and producer by the name of Carlos King. They let their home– equipped with a pool, master bedroom with a balcony, and lounge space– go for a whopping $1.3 million.

Recent news regarding the Jamaican-American artist has shown that he’s seemingly unbothered by the entire ordeal. He never responded to any of Erica’s antics online, instead, he was too busy trolling the internet about a former relationship.

While staying at a vacation home in New Orleans for Essence Fest, the 41-year-old noticed that a picture of Nicki Minaj, his ex, was hanging on his wall. He quickly uploaded a video online of him saying, ” I don’t know if these people are trying to be funny, but it’s not funny!”