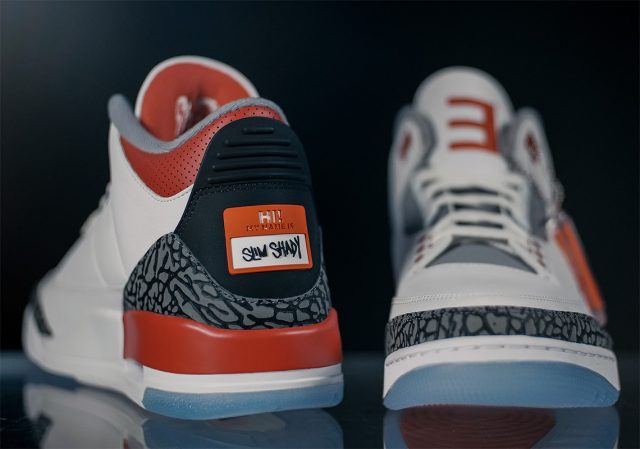 Eminem was in legendary company during the Super Bowl LVI Halftime show, sharing the stage with Dr. Dre, Snoop Dogg, Mary J. Blige, Kendrick Lamar, and 50 Cent to perform some of the greatest hip-hop hits of the 90s and 2000s. The Detroit native took the stage sporting some Air Jordan 3 PEs made by Jordan Brand in a white, black, and red colorway and a translucent outsole, while a special heel logo features a name-tag of his alter-ego “Slim Shady”. The left tongue also features a large backwards E, reminiscent of his previous Air Jordan Retro PEs.

Perhaps speaking louder volumes than the shoes and his performance was his choice to take a knee, standing in solidarity with Colin Kaepernick’s sign of protest during the 2016 season. Kaepernick’s protest was intended to shed light on the ongoing police brutality against the black community, which the NFL finally acknowledged in 2020 during the Black Lives Matter Movement after the murder of George Floyd.

It’s not clear if a release of some kind is in the works, but if previous occurrences are any indication, there’s a chance that these could be auctioned off for charity. 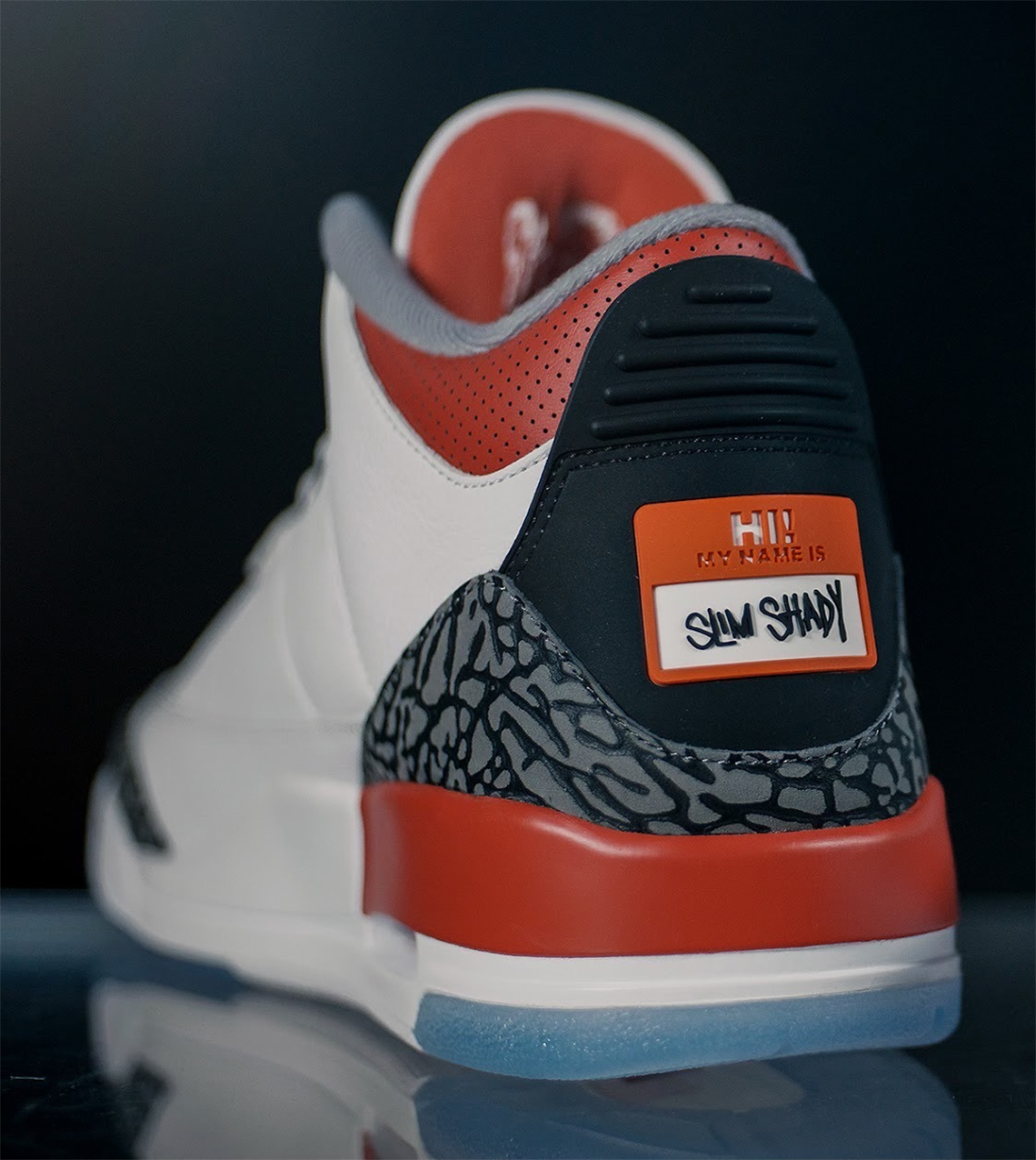 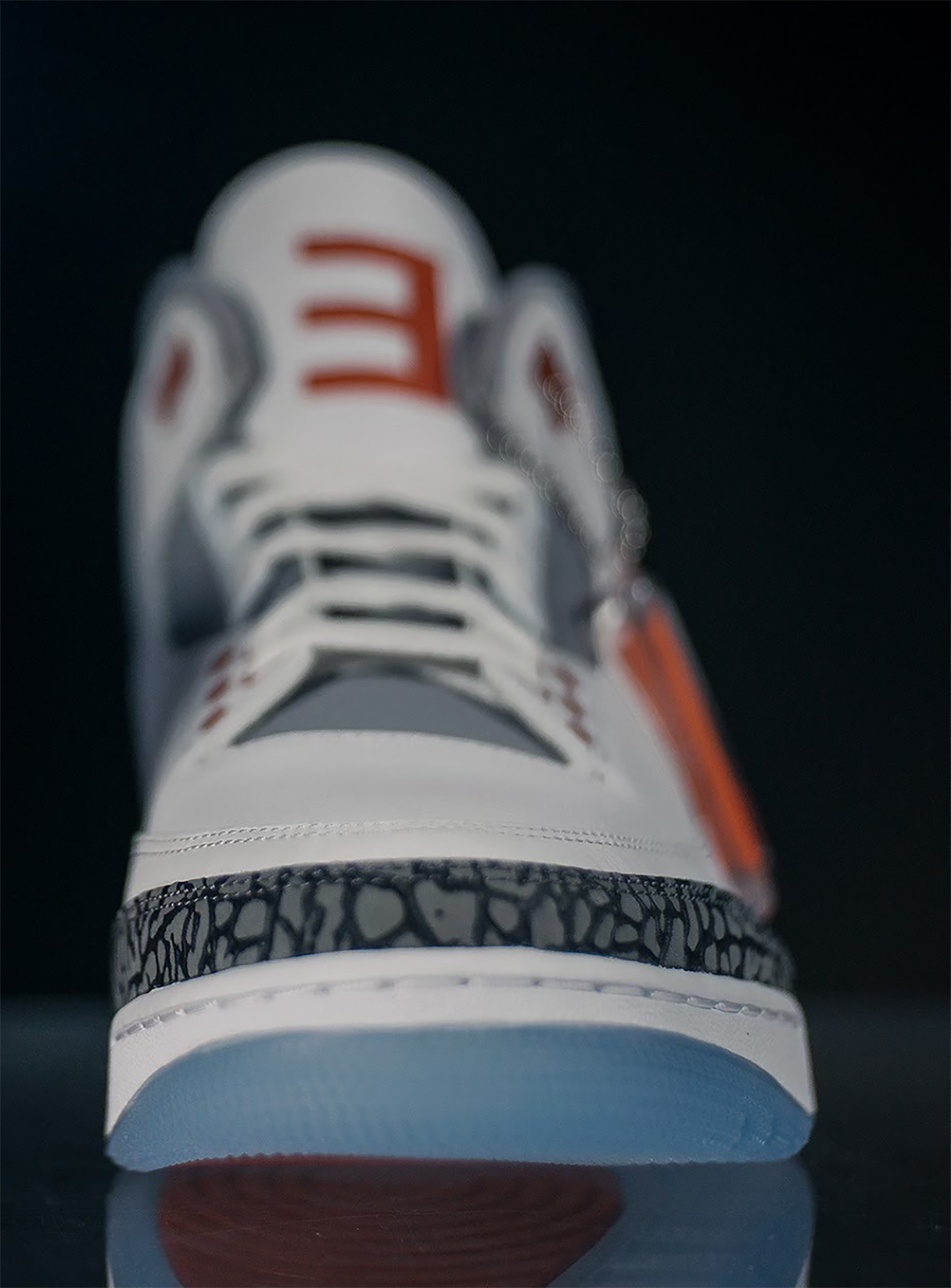