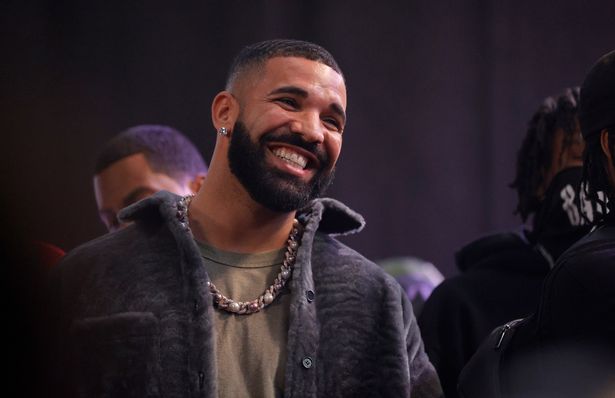 The rapper gave one lucky fan the ultimate birthday gift by surprising him with $10,000. While vacationing in Turks and Caicos, the young fan happened to run into Drake. When he heard it was his birthday, Drizzy handed him a stack of cash. In video footage shared on Snapchat, Drake is seen hugging the birthday boy while his friends scream in disbelief.

“My boy was celebrating his birthday in turks and caicos and got $10k from Drake as a birthday present” 🎉 pic.twitter.com/uApU4ovKnX

Drake is known for his generosity. On Christmas Day, he drove through Toronto in a Maybach while handing out stacks of cash to unsuspecting people on the streets.

Money clearly ain’t a thing for the 6 God, who recently purchased a $70 million home in the Beverly Hills area. He is also listing his famed YOLO Estate and surrounding properties in Hidden Hills for $22.2 million.

While on vacation in Turks and Caicos, Drake also linked up with Jack Harlow. The “Nail Tech” rapper has often shared his love for Drake, who he once referred to as his “idol.”

Drake was hanging out with @jackharlow today 🔥 (Via IG Story) pic.twitter.com/7qct7tGWh5

Drake was hanging out with @jackharlow today 🔥 (Via IG Story) pic.twitter.com/7qct7tGWh5