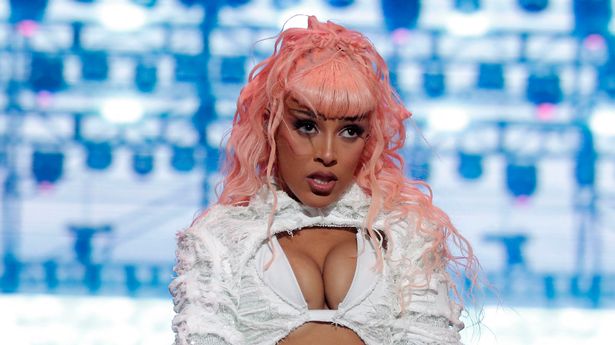 If you didn’t think Doja Cat was a superstar in her own right, then you were likely proven wrong by the amount of support for the artist after saying that she will “quit.” Fans took this as a sign of early retirement following an unfortunate tour date in Paraguay that was ended short because of a storm.

Doja took to Twitter days later where she expressed her gratitude for all of the opportunities and experiences that came her way throughout her career. “I came here because I knew there was something new. New people. New things. New stories to learn. I came and I gave not enough. I need to give more because I noticed I’ve been taking a lot. Taking from almost everybody who’s reading this,” she wrote in a tweet.

Ultimately, fans took the slew of tweets as a sign that she won’t be retiring after all. However, she sent mixed signals on Monday when she suggested otherwise. In response to a tweet from Mix 105.1 who said, “maybe Doja isn’t retiring,” the rapper said, “Yes the fuck i am.”

yes the fuck i am

Fans were in disbelief, especially since many of them said that just purchased tickets to see her on tour with The Weeknd this summer. Hopefully, all is well with Doja Cat and she doesn’t actually retire in the foreseeable future.