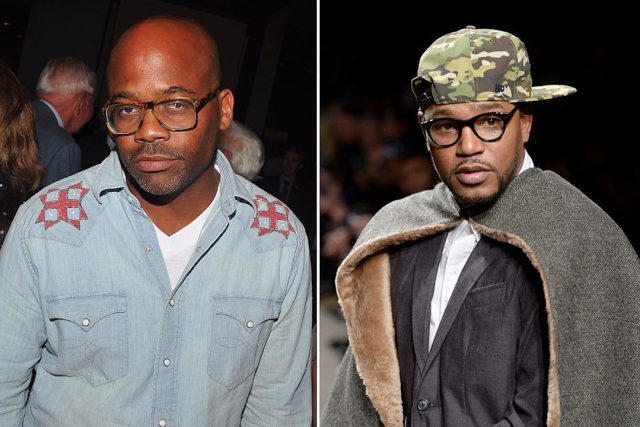 Back in October 2005, Dipset rapper Cam’ron was shot in Washington, D.C after a failed carjack. The Harlem-native was shot in both arms while at a red light on the way from a Howard Homecoming party per the Washington Post.

Cam managed to drive himself to Howard University Hospital despited being shot. After he was released, he told reporters, “I got shot three times and my album comes out Nov. 22. It was a sloppy job on their part. They didn’t get anyting. I still got my car and my jewelry.”It was never discovered who shot the rapper, but Dame Dash gave some insight during a sitdown with SHOWTIME Basketballl’s All The Smoke.

On Thursday (March 31), Dame Dash claimed that Cam had been shot over his role as Rico in Paid In Full. Rico is a no-nonsense drug dealer that gave up information to the FBI to avoid a 25-year sentence. The 2002 Dame-produced film featured Cam’ron, Wood Harris, and Mekhi Phifer. The film was loosely based on the lives of Harlem dealers, Azie “AZ” Faison, Rich Porter, and Alpo Martinez. Dame is currenlty working on an official sequel.

“Cam went through a lot, you know he got shot over that role in Washington,” Dame told the hosts. “Yeah that was over that. He’s never told his story, but there was times I hadn’t really realized what happened I was asking him to do another role once and he was like ‘yo bro I got shot over that role.'” Dame added, “There was a certain scene where he was like ‘I don’t wanna do that scene.’ So when I found out I felt a little responsible and I didn’t wanna put anybody in that position again. Cause people take this story really serious. So it has to be really dont completely correctly.”

Back in January, Dame announced that Paid In Full 2 was underway.