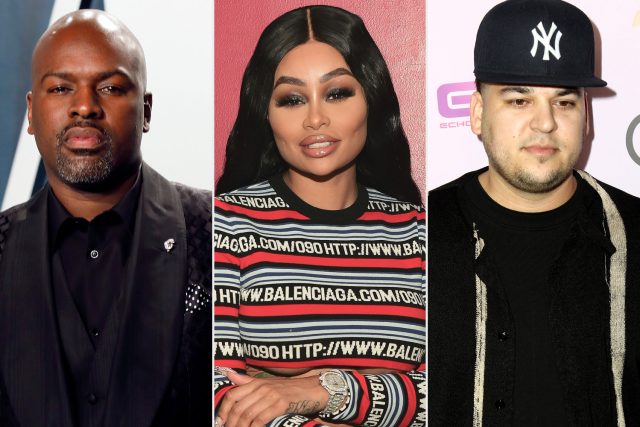 While testifying in court on Tuesday during the trial for Blac Chyna’s lawsuit against the Kardashians, Corey Gamble claimed that he witnessed Blac Chyna hit Rob Kardashian and whip him with an iPhone cord. He recalled Chyna threatening to kill Rob as well.

Gamble explained that he saw the altercation on Dec. 15, 2016 at Kylie Jenner’s house. He recalls Rob looking red in the face and neck and Chyna standing by the bedroom with a rod in her hand. She then dropped the rod and picked up a phone cord.“She started whipping it at him,” Gamble explained. “She was hitting Rob and I got in the middle and got hit too. I had to try to get her attention on me so [Rob] could get his belongings and get out of the house. I could smell the alcohol on her.”

Gamble claims that Rob attempted to leave the property, at which point Chyna threw a nearby patio chair at his car.

At this point, Gamble says he said at the house to make sure Chyna had cooled down.

“I asked her what was going on and she yelled that she hated him … she didn’t like him,” Gamble said. “She said, ‘Why would I like this fat fucker if he wasn’t a part of this family?’”

Chyna is suing the Kardashian family for defamation, claiming that they caused her to lose out on over $100 million through the cancelation of her show, Rob & Chyna. The Kardashians’ legal team has said that this figure is exaggerated, citing Chyna’s inability to provide the court with the appropriate accounting records.