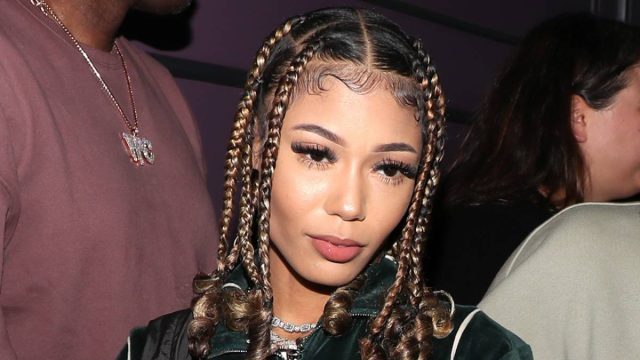 There’s a lot of curiosity surrounding Coi Leray’s debut album. The rapper’s teased its release over the past few months as singles like “No More Parties” and “Big PURR” started to gain traction. She remains one of the most polarizing new artists to emerge in the past year but with several major co-signs, there’s a lot of pressure for her to deliver with Trendsetter.

Following the release of “Blick Blick” ft. Nicki Minaj, Coi Leray took to Instagram to share a snippet of her upcoming collaboration with G Herbo. The clips opens up with Herbo praising Coi for her creativity and loyalty to her team. “She just thinks so outside of the box,” he says in the snippet. “Just empowering herself and other people too, though. Like, on some long term shit. You’re the only person I’ve ever really met in the industry, especially female, that think like that, though, I ain’t gonna lie.” Unlike the Nicki Minaj collaboration, Coi’s upcoming track with G Herbo is a lot more aggressive from the short snippet that she shared.

Coi Leray announced her project earlier this week, unveiling its cover art and April 8th release date, along with a message to her naysayers. “I just want to finally let y’all bxtchs know, ain’t nobody fw me in that booth,” she wrote. “This will be one of the biggest female artist albums in the world and I put my life on it.”