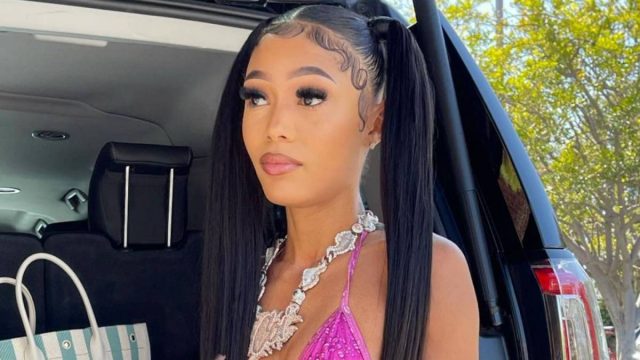 It seems Coi Leray is getting fed up with the drama. She and her father, Benzino, have not seen eye to eye for quite some time, and despite numerous attempts to mend their relationship, they keep ending up back at square one.

Yesterday, 50 Cent, whose been feuding with Benzino for over a week, brought Coi into the mix. Fif uploaded a picture of the 24-year-old rapper onto his Instagram and praised her.

Despite her dad’s ongoing dispute with 50, Coi commented on the post with excitement. Of course, this pushed Zino over the edge, and he took to Twitter to fire at the BMF producer. Posting a series of tweets, the 56-year-old accused Fif of being at war with Starz and expressed disappointment in his daughter for siding against him.

Thousands of social media users reacted to the Love & Hip Hop reality star’s tweets, but one person, in particular, rubbed Coi the wrong way. Tami Roman, known for her role on Basketball Wives, commented under The Shade Room’s post of Zino’s tweets. She stated, “This is going to be a mess because 50 ain’t wrapped too tight.”

A user then replied to her saying, “yea it’s funny until he comes for one of your daughters,” which then led Tommy to reply, “my daughters don’t give anybody a reason to come for them, they be off to the side minding their business.”

Though Tami didn’t mention Coi directly, the “No More Parties” artist took it as such. Coi blasted the television personality, saying she needs to let adults be adults and kids be kids. “You should do what they do and mind your business and stand to the side women. Lead by example for dem kids.”

Roman came back and made it known that she was never talking about Coi. “Oh Lord pumpkin @coileray immaturity is displayed when you can’t even recognize when someone is on your side,” she wrote. She also questioned why she had to be quiet when thousands of others get to comment on the blog’s posts.

Coi then came around once more to stand up for herself. She wrote a lengthy comment which started with, “She saying “my daughters mind there business” as if I asked for any of this shit! As if im not out here doing the same thing..” She also explained how her dad is affecting her with his actions, “He don’t get how much damage he been doing but it ain’t my job to make him or anybody else realize.”