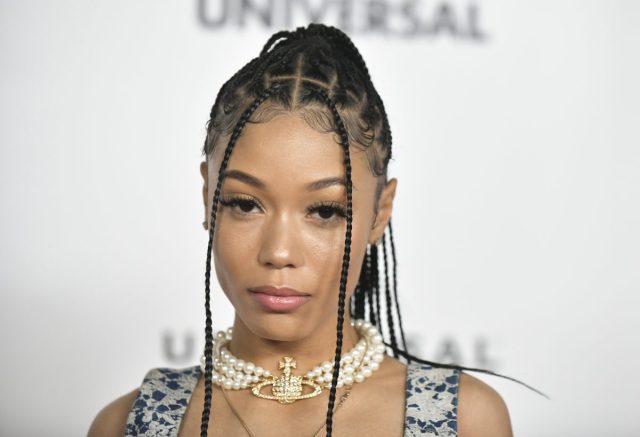 Coi Leray has been hit with a ton of hate ever since entering the music industry. There are plenty of people out there hoping for her downfall, including her own father Benzino. With that being said, the Leray hate has been kicked up a notch over the last few days due to the disappointing first-week sales numbers surrounding her new album called Trendsetter.

For about a week now, it has been theorized that Leray would sell around 11K copies of her project, although today, it was revealed that she would only sell 9K, which is pretty underwhelming. Despite this, it seems as though Leray is perfectly happy with her performance as she took to Instagram with some celebratory words about her new body of work.

“LETS GOOOOOOOOOOO,” she wrote with a plethora of emojis. In the post below, it was corrected that Leray actually sold 11.5K units of her album and that this was good enough for #89 on the Billboard Top 200. For an artist who seems to make a lot of headlines, these numbers are not very good, but if Leray is happy, that’s all that truly matters here.

Sometimes it takes a while for an artist to catch on, so perhaps that is all Leray needs right now. Besides, as long as she can keep cranking out viral hits on TikTok, she will be just fine.