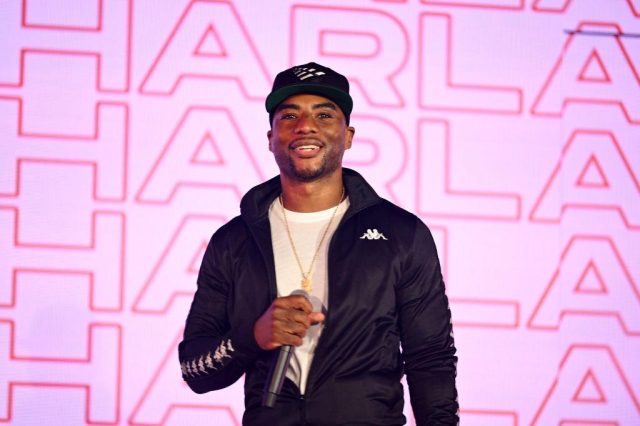 Charlamagne tha God is all too familiar with the power that comes along with sitting in the host’s seat during the countless interviews he conducts on The Breakfast Club, but recently, he appeared on Ziwe Fumudoh’s self-titled late-night talk show, during which he was grilled in the hot seat.

On Sunday, May 1st, Ziwe shared a clip from her chat with Char on her Twitter page, captioning it, “I asked Charlamagne about his beefs with Black women,” setting the scene for what was about to unfold in front of our eyes.

If you’ve tuned into any of the South Carolina-born radio host’s shows before, you may know that he has a history of arguing with some of the guests – and even his own co-host, Angela Yee – from time to time.

“So, you’ve had beefs with Lil Mama, Mo’Nique, Cassie, Azelia Banks, your own co-host Angela Yee, the list goes on and on and on and on,” Ziwe began, with the camera cutting to Char every so often to show his reaction. “Beefs is a strong word,” he replied.

“You’ve maligned Black women,” Ziwe shot back. “So, why do you hate Black women, exactly?” she asked the 43-year-old.

Charlamagne quickly clarified that he loves Black women, although he admitted, “I guess I can see where people would say that, if you want to take those three or four times and put them together in a montage.”

We then cut to a so-called “incriminating montage” of clips from TBC that find Tha God going head to head with some of the Black women that Ziwe had just named, further proving her point. Afterwards, the host asked Char if he would consider donating 100% of his salary to “Black women’s reparations” to which he said, “I will pledge that I will help Black women make a lot of money,” going on to list his wife and four daughters as people he can assist.

“Brave,” Ziwe sarcastically responded, dubbing Charlamagne a “feminist icon” with editing on-screen – check out the full clip above, and let us know what your thoughts are in the comment section.

i asked charlamagne about his beefs with black women pic.twitter.com/8O3By8x1s8