The Nike Air Force 1‘s 40th anniversary hasn’t yet delivered much in terms of actual drops, but it’s already built up considerable anticipation. With a collaborator roster including Drake and Stussy, the design’s celebratory lineup is turning out to be one for the ages.

The Swoosh, however, isn’t leaving all the fun for its extended family. As showcased by the dozens of non-collaborative colorways that’ve been teased over the last few months, the North American institution is pulling out all the stops for the Air Force 1‘s milestone, even if it means doing the bulk of the work on its own. A newly-surfaced pair indulges in regal gold accents, black-colored patent leather at the profile swooshes and upper heel tabs. “Cracked” leather takes over the toe box and mid-foot panels, seemingly nodding to the silhouette’s endurance against the test of time. Lastly, “bling”-worthy accessories appear on the laces, adding yet another touch of luxury to one of the most iconic footwear designs of all-time.

Firm Nike SNKRS launch details haven’t been disclosed by the brand, but that’s likely to change as summer inches closer. In the meantime, enjoy a very early look at the pair ahead, courtesy of Instagram user @apolloluo1976.

For more from under the NIKE, Inc. umbrella, check out the Air Jordan 1 Hi ’85 “Georgetown” arriving stateside on April 2nd. 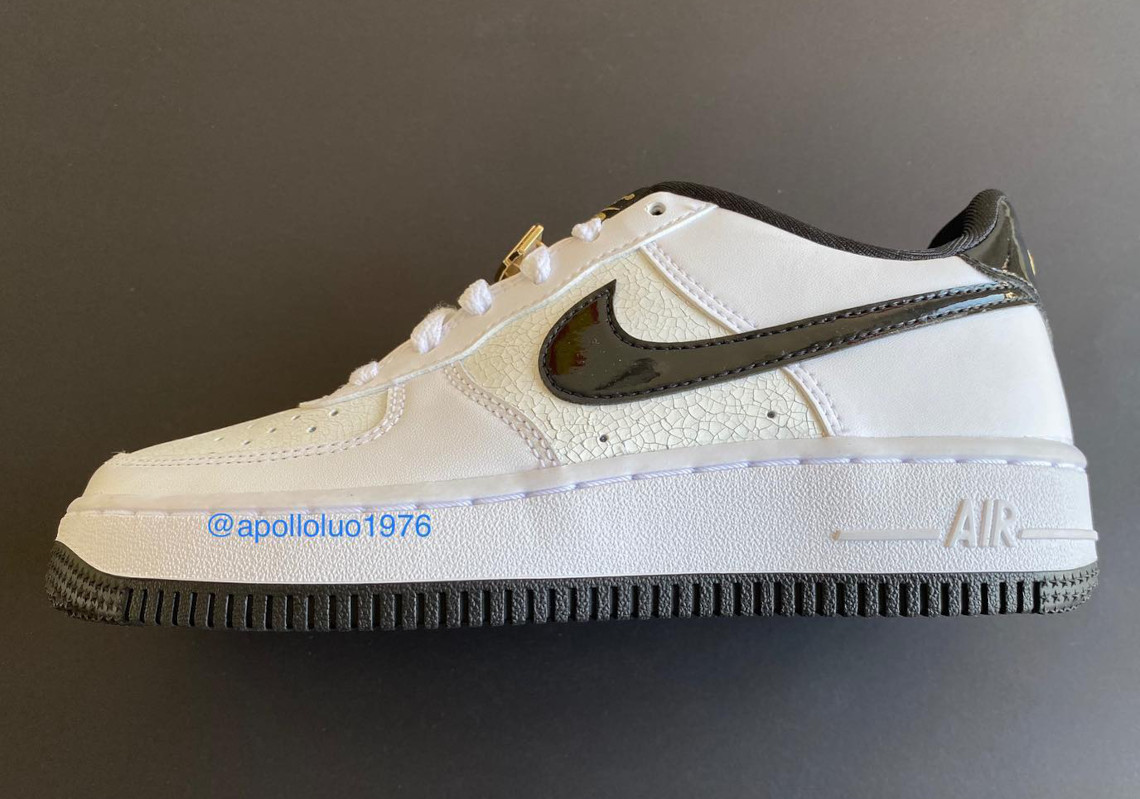 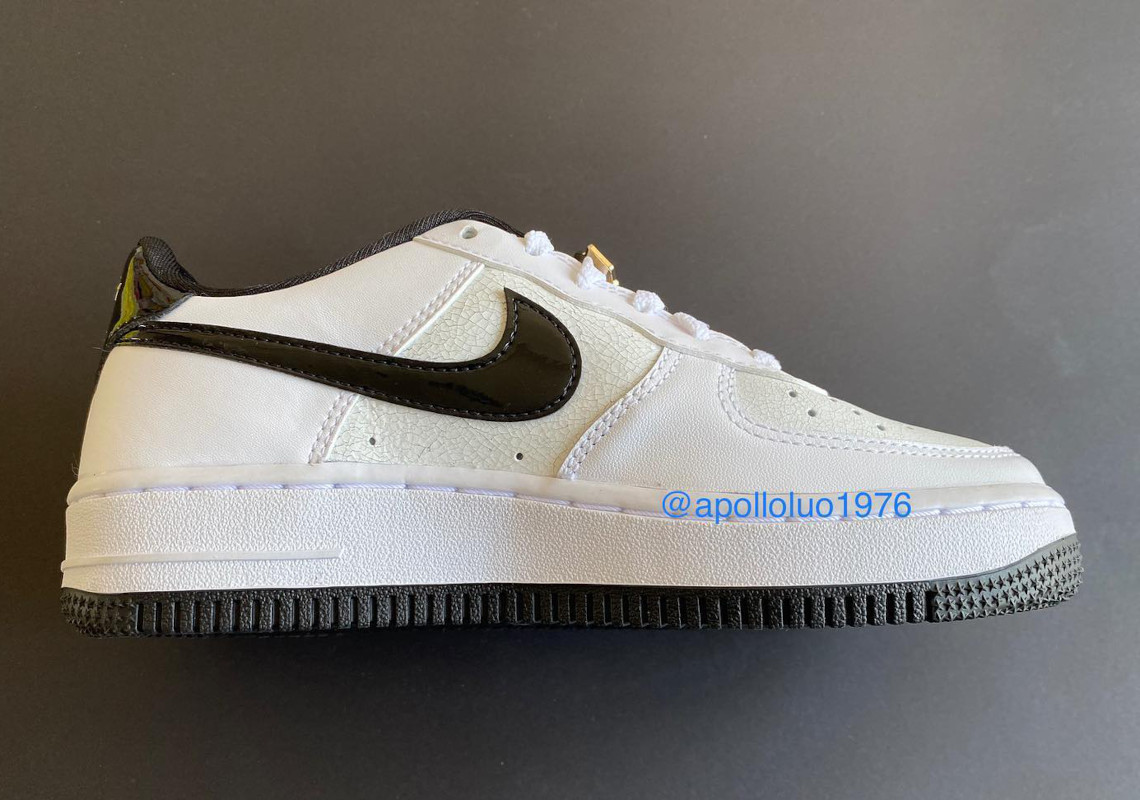 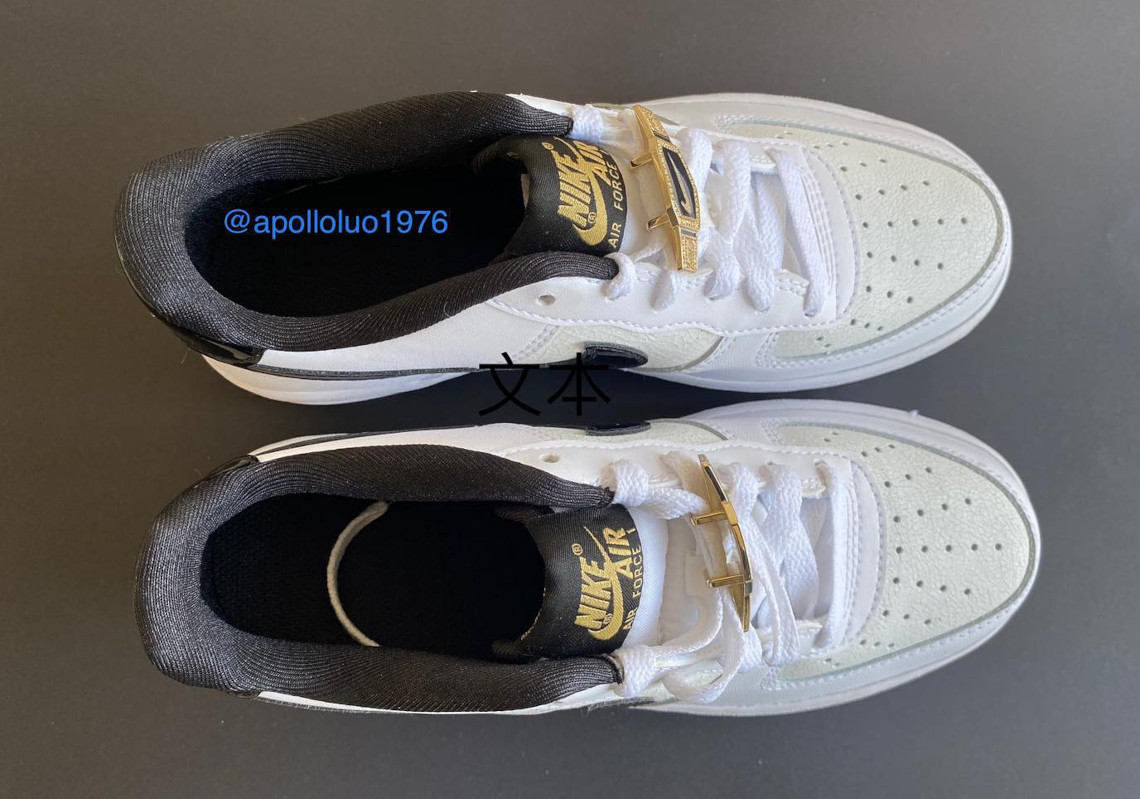