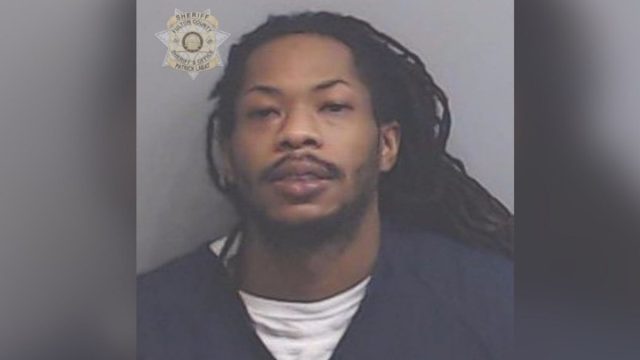 Authorities have long warned about the sex- and human-trafficking epidemic that is occurring in the Atlanta area, and according to reports, a local rapper is accused of being involved with several crimes. Hip Hop has been swept with news about rapper Cash Out, real name Michael Hakeem Gibson, being arrested as he faces allegations of running a “criminal enterprise,” reports WSB-TV. In a 41-count indictment, Gibson was named as the leader of an organization that is accused of coaxing women into prostitution.

Gibson also faces charges of sex trafficking, racketeering, rape, trafficking a person for sexual servitude, aggravated sodomy, and his name is one of six people named in the lengthy indictment. Prosecutors reportedly alleged that Gibson used his connections as a rapper to lure his victims.
It has been claimed that some women were held against their will and another was beaten.“We’ve rescued two so far,” Fulton County deputy district attorney Earnell Winfrey said. “Some of these women are our most vulnerable women and he lured them in, let them believe that he cared about them and that he would take care of them, only to flip the script and then began to pimp them out.” He added, “He’s accused … of whipping a young lady who’s a sex worker, and this was one of the girls that he had recruited.”

“The most troubling aspect of this case is that women have been victimized and brutalized within our community by people who had a chance to do something else with their lives,” Fulton County District Attorney Fani Willis stated. “He’s a very talented musical performer. Unfortunately, he didn’t stay in that business, and he branched off to the business that finds him under indictment.”

The rapper reportedly previously pleaded not guilty, but this new indictment has added several more charges. Willis wants people to be aware that there are “a lot of people” who “are recruiting young women through social media,” and that includes big-name rappers, as well.

Cash Out is currently incarcerated. If convicted, he faces 25 years to life in prison.