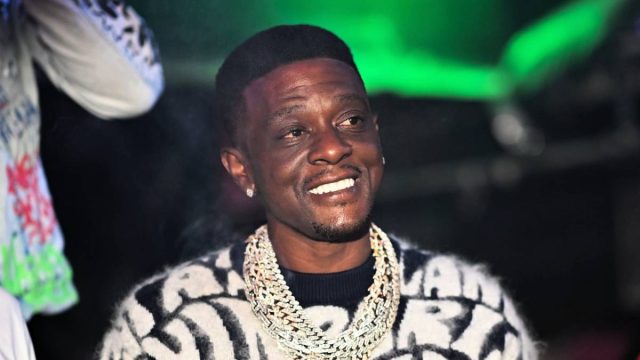 Boosie Badazz was quick to defend Rihanna’s decision to get pregnant before marriage in an interview with VladTV.

In the interview, DJ Vlad said he was disappointed that Rihanna didn’t get married before having a baby, comparing her to Jay-Z and Beyoncé.

The father of eight swiftly responded to DJ Vlad saying, “F**k all that, it’s what makes you happy. Nobody don’t give a f**k about peers. She’s a billionaire, what she got to follow somebody else drip for?”

Boosie has shot his shot with the pregnant singer multiple times, yet his loyalty as a fan for the Barbadian superwoman always prevails.

“She know what she f**king doing. Everybody ain’t got to be mother**king and jump in marriages and steal your mother**king sneaking geek,” Boosie continued.

DJ Vlad did inform the Louisiana rapper that the power couple has talked about plans for marriage in the future, once the baby is born. Boosie responded, “But it doesn’t have to go like that. They have a mutually understanding. Everybody not for no fake a** marriages.”

“If they wanna do it, they can do it. But they don’t have to do it when the world says,” he explained.

Check out the interview clip below.