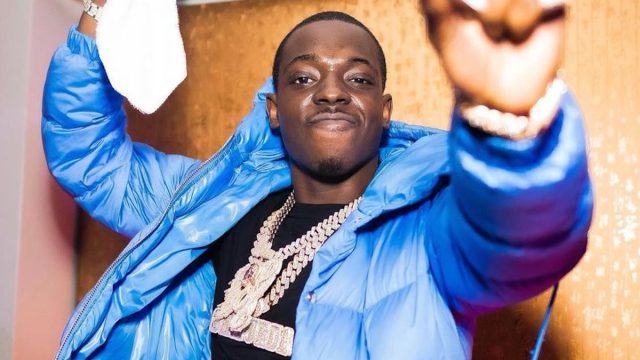 The Brooklyn rapper has announced that he is no longer signed to Epic Records after campaigning for his release from his label.

“I just sign my release papers also jus made ah milly today,” Shmurda wrote in an Instagram Story on Thursday.

He is already moving forward with plans to release his music independently. “I can’t wait to drop s/o my n***a @Trulife ahh ahh ahh my n***a I’m shooting my 1st independence video today called Getting Em Back we celebrating all week in kods pop out nd Monday starlets,” he added.

looks like #bobbyshmurda was released from his label! y'all ready for new music? pic.twitter.com/4y22mrNfcR

A source confirms to Complex that Bobby is out of his Epic Records deal.

Last month, the “Hot Ni**a” hitmaker put the label and its CEO Sylvia Rhone on blast while saying that he wanted out of the deal, which he signed when he was just 19.

“I got a 70 year old lady running my label and I love her dearly but doesn’t want to let me go at alllllllll,” he wrote in a since-deleted post. “No matter what I do I’ve been sign to them since I was 19 I did six years in jail trying to get off this label before I came home you name one person in the industry a lable [sic] keeps sign in jail for six years???? Yeah IK IK I made them more millions than they ever gave me!!! Just let me gooo.”

He also claimed that he felt imprisoned by his contract. “It’s been ah year now I still feel like I’m in prison,” he wrote in his caption.

Last December, he said that his debut album was almost done, but he didn’t know when it would be dropping.

Shmurda signed with Epic in July 2014, but he never released an album on the label. Later that year, he was arrested and charged with conspiracy to murder, weapons possession, and reckless endangerment. After over six years in prison, he was released from prison in February 2021.

In the past year since his release, he has dropped a series of singles including his most recent, “Shmoney” featuring Quavo and Rowdy Rebel.