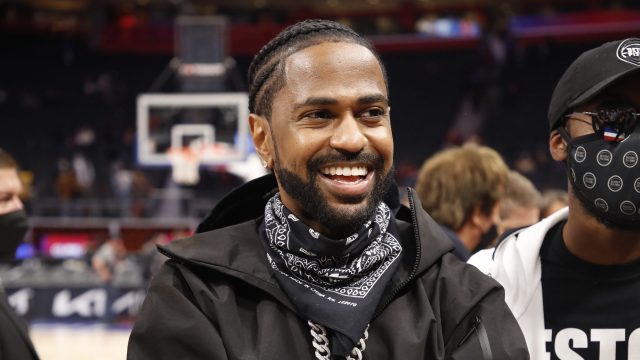 Big Sean became a trending topic after his dick pic allegedly leaked over the weekend. The explicit image, which showed a penis alongside a Nintendo Switch, was reportedly uploaded to his close friends on Instagram before circulating online.

Social media was quick to weigh in on the size of his anatomy, which apparently lived up to his name.

“Big Sean, boy how big is you??” pic.twitter.com/mxRZ8gvH5G

Big Sean definitely is BIG & I see why Jhene be sprung af pic.twitter.com/MG4he2M664

However, it appears that Sean was the victim of an internet hoax. After The Shade Room shared the post, the “Beware” rapper denied that the nude photo was of him.

“This is not me,” he commented.

Earlier this month, Nelly was also the subject of a nude photo scandal after a video of him receiving oral sex was posted to his Instagram Story. He later apologized for the leak and said the footage was never intended to be shared publicly.

“I sincerely apologize to the young lady and her family, this is unwanted publicity for her/them,” Nelly said. “This was an old video that was private and never meant to go public.”