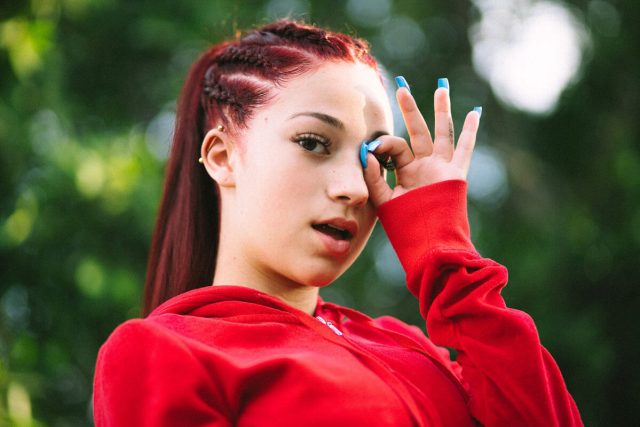 The internet sensation, whose real name is Danielle Bregoli, claims she is worth over $50 million. In a video, she celebrated her post-“Dr. Phil” success while lamenting about only being recognized for her 2016 appearance on the talk show that turned her into a viral star.

The 19-year-old rattled off her other accomplishments including a million-dollar makeup deal, platinum records, and her biggest feat yet, making a reported $50 million off OnlyFans.

“Call me whatever the f**k you want, but when you try to find a way to just be annoying about something, it’s just kinda weird,” she said.

Bhad Bhabie announces she has made over $1 million on OnlyFans in her first six hours, setting a record. pic.twitter.com/474MfnbzvB

The “Gucci Flip Flops” rapper has become one of the top earners on OnlyFans, which she joined when she turned 18. She earned $1 million in her first six hours on the paid subscription platform, shattering the previous record.

She has also made millions from her deals with online retailers like Fashion Nova and CopyCat Beauty. After partying ways with Warner Music last year, she launched her independent record label, BHAD Music.

The “Cash me outside” star has been investing her millions in real estate. She recently paid $6.1 million in all cash for a 9,200-square-foot mansion in Boca Raton, Fla. She also owns a five-bedroom, seven-bathroom home in the same neighborhood, which she listed for $3.67 million.

And it appears that money can buy happiness. “I can finally say I’m happy and actually mean it,” she tweeted. “I swear I never thought I would see the day.”

I can finally say I’m happy and actually mean it. I swear I never thought I would see the day😩