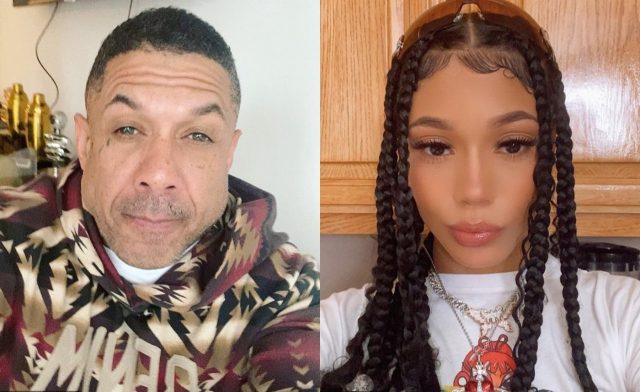 Coi Leray has made it loud and clear that she’s hoping to see her father, Benzino, take some time off of social media to heal, but according to his latest Twitter rant, the 56-year-old didn’t get his daughter’s memo.

In case you haven’t heard – earlier this weekend, Zino threw shade at 50 Cent for showing love to the Trendsetter artist, threatening her haters that, if they aren’t careful, he’ll quickly cast Leray in one of his countless TV shows, spreading her face on screens all across the nation.

“Hey RATMAN aka 59 I appreciate u putting my Coi on but does she know you and STARS ain’t been seeing eye to eye lately?” the father of two asked Fif. “Well I just got my hands on a federal lawsuit saying that the ‘BMF’ trademark isn’t yours and knew about it and never told Meech or STARS. Big mistake you dummy.”

In the hours since, Benzino has spoken out again, this time addressing those criticizing him for seemingly clowning his own child over the first-week sales projection numbers of her debut project. “I never ever hated on my own daughter,” he insisted.

“It was her who me B A N, dissed me in a song, calls me broke in every interview I’ve done, all I’ve done was correct the lies on me,” he continued. “Y’all can run with that bs narrative, idgaf. I’ve never tried to play with someone’s kid like he did.”

In another post, the “Rock the Party” recording artist asked what readers know about “parents,” “loyalty,” and “respect,” adding that he believes “we live in a time where 75% of the new generation grew up without their father.”

Next, Benzino shifted the conversation back to his daughter, typing, “What really gets me is ALL this love and support for Coi but none of y’all bought the album. Y’all are fake asf, all this ‘I love her,’ ‘She’s grown on me,’ ‘I wanna see her win,’ is all BS! All y’all wanna do is comment for likes and attention. GO BUY HER ALBUM! You f*ckin weirdos.”

What are your thoughts on Benzino’s latest Twitter rant? Sound off in the comments below to let us know.