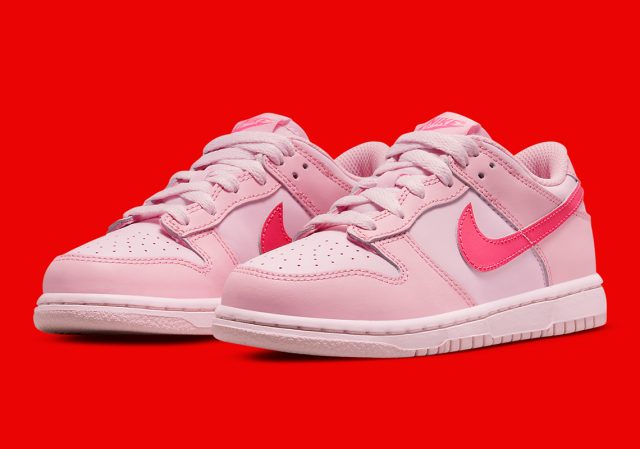 Following the delays across both 2020 and 2021, sneaker culture learned to keep their anticipation at a minimum, as release dates change both suddenly and drastically. This has made it difficult to perfectly time commemorative offerings, meaning pairs such as the Nike SB Dunk Low “St. Patrick’s Day” and Air Force 1 “Year Of The Tiger” are made late to the holidays they’re meant to celebrate. It’s likely that this is also true of this newly-revealed Nike Dunk Low, as its colorway is a perfect match for Valentine’s Day.

Similar to offerings prior, the shoe indulges entirely in pink, with a light variation replacing white across the mid-panel, toe box, collar, and sole. Things darken, albeit slightly, as they move to the overlays, whose shade is still a bit brighter than that of the Swoosh as well as the adjacent branding.

As it lacks any overt mention of Valentine’s Day as well as its associated symbols, this Dunk Low can easily stand on its own. Sizes are likely to arrive very soon via both select retailers and Nike.com. 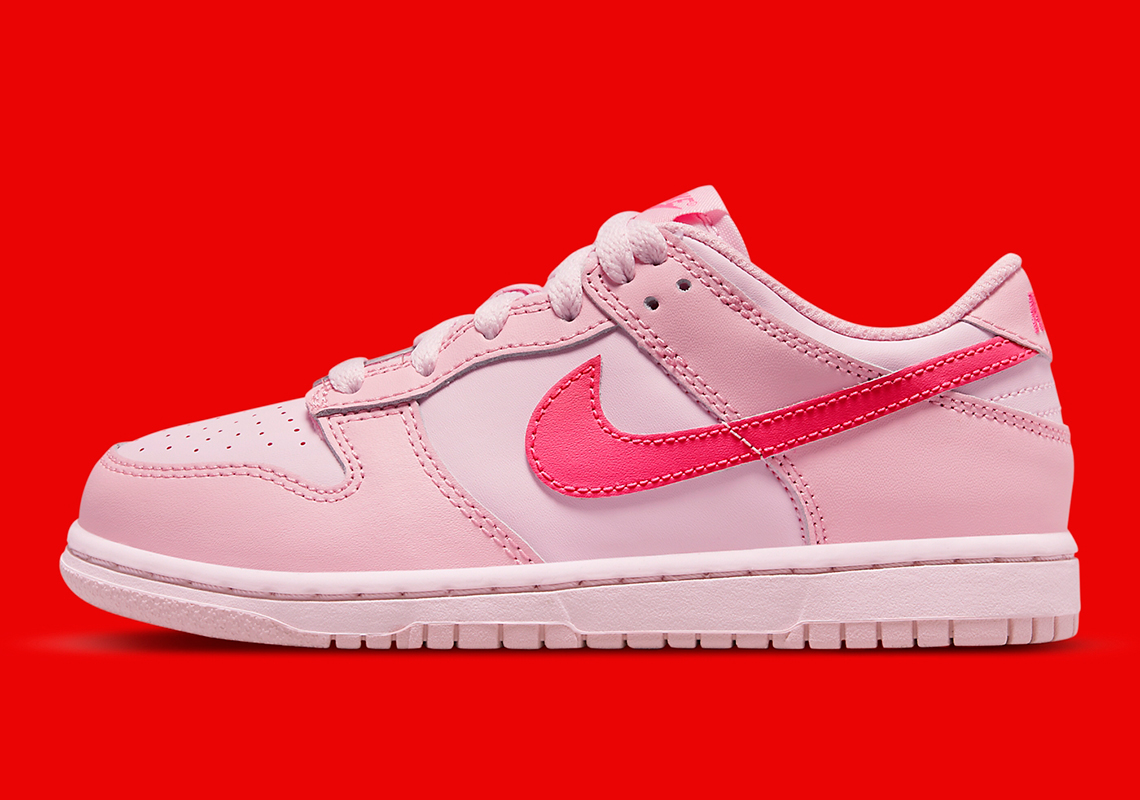 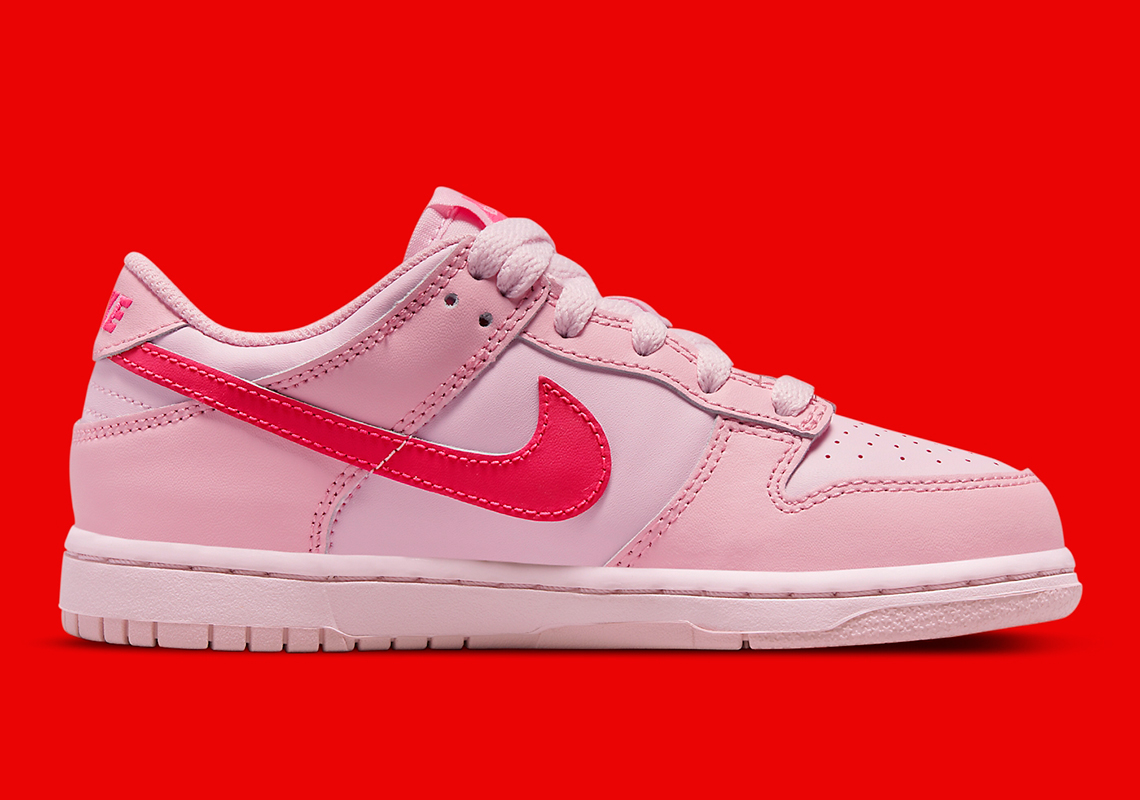 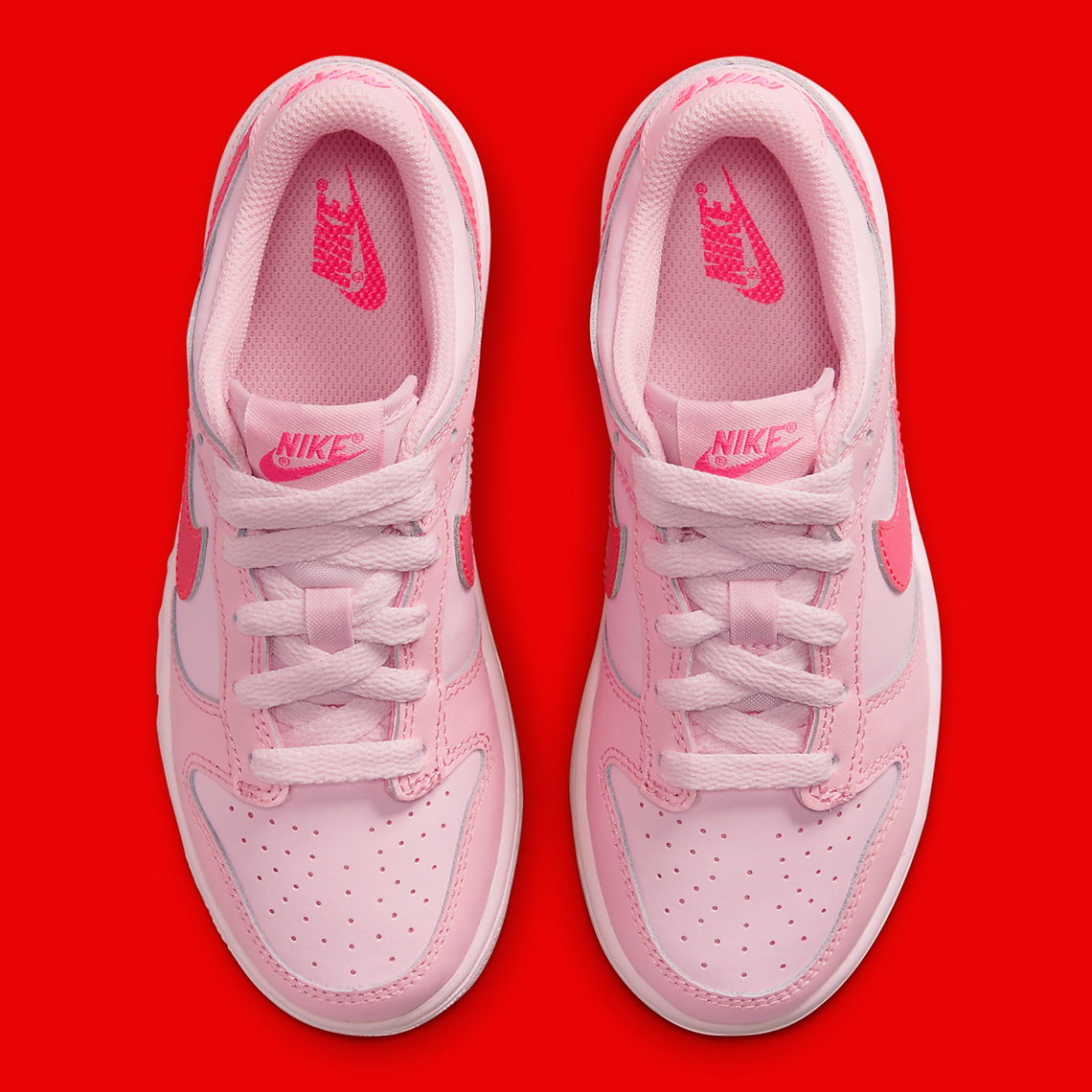 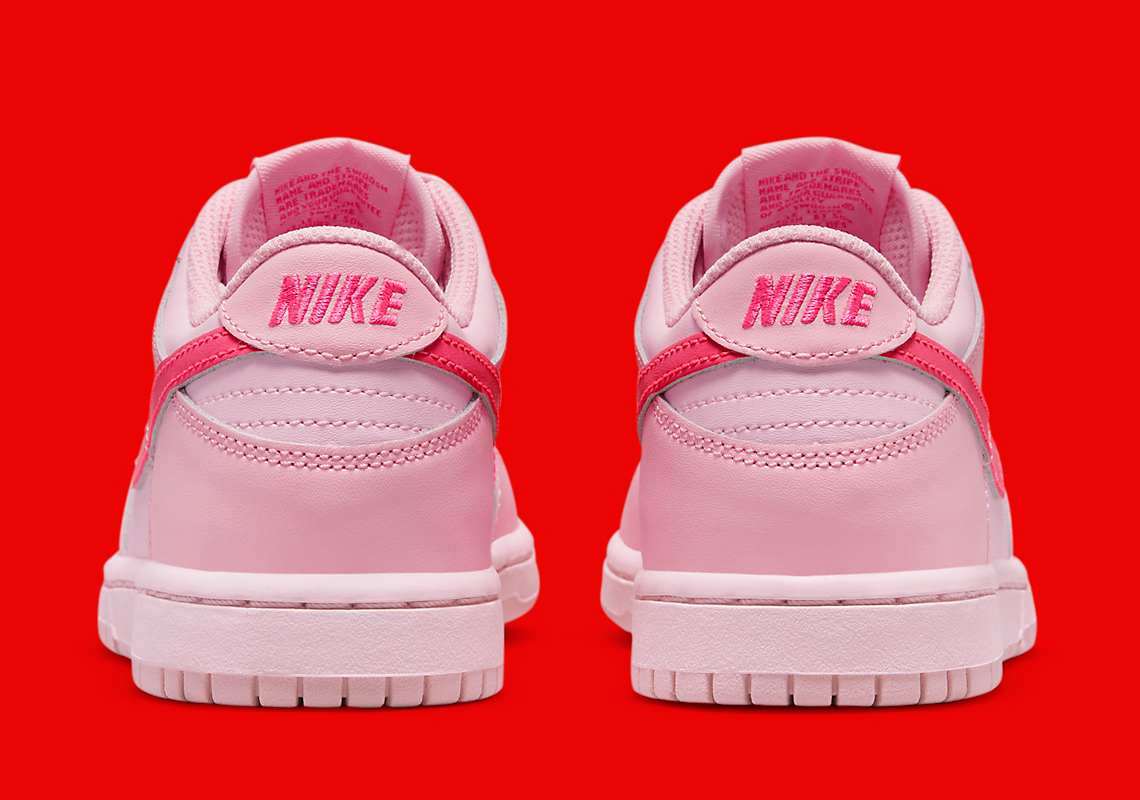 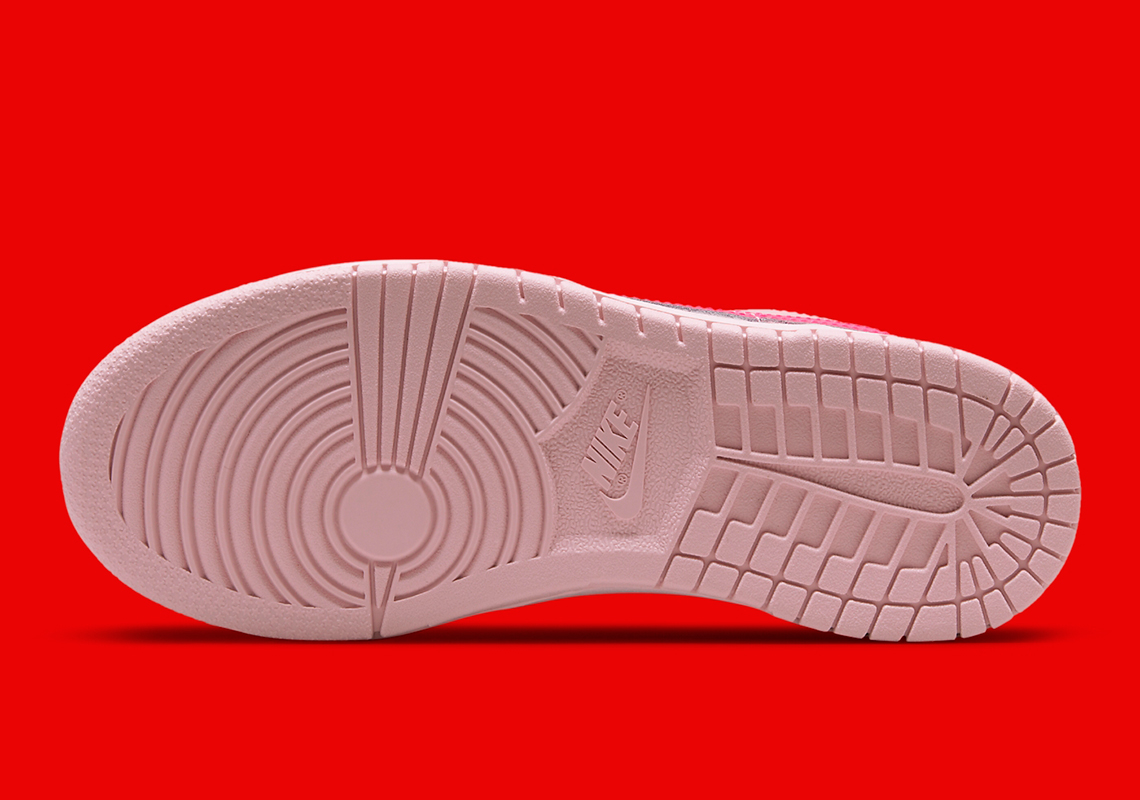 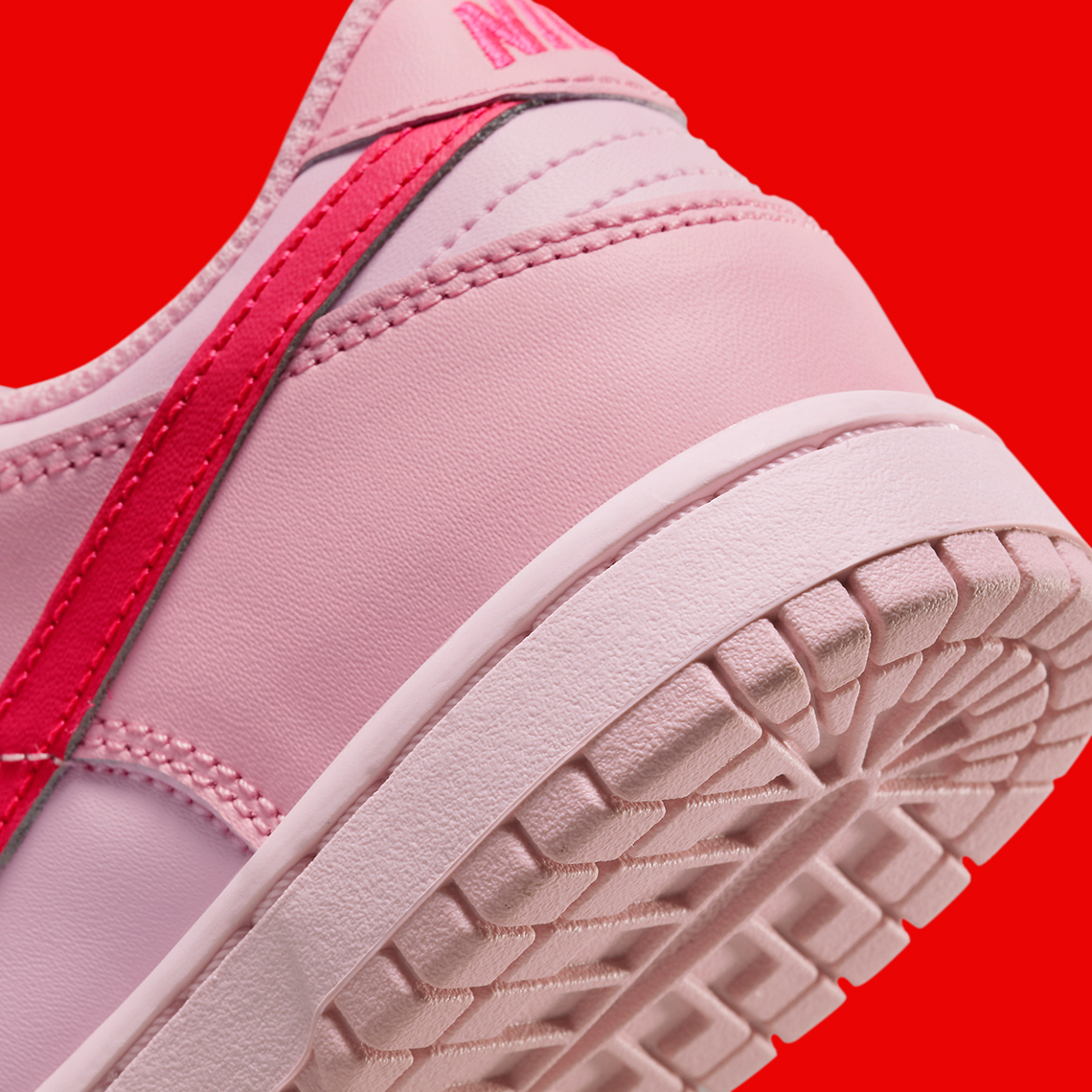 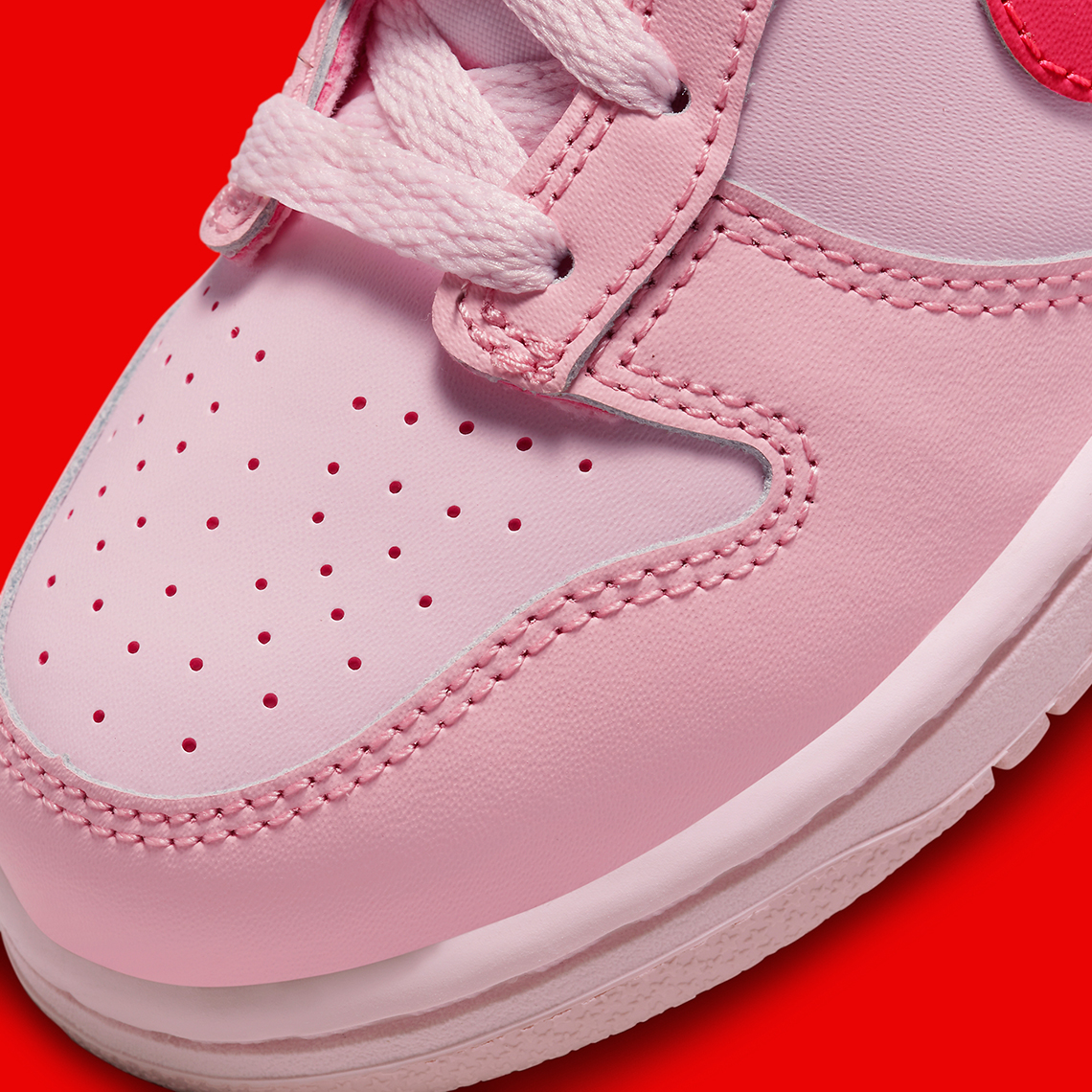