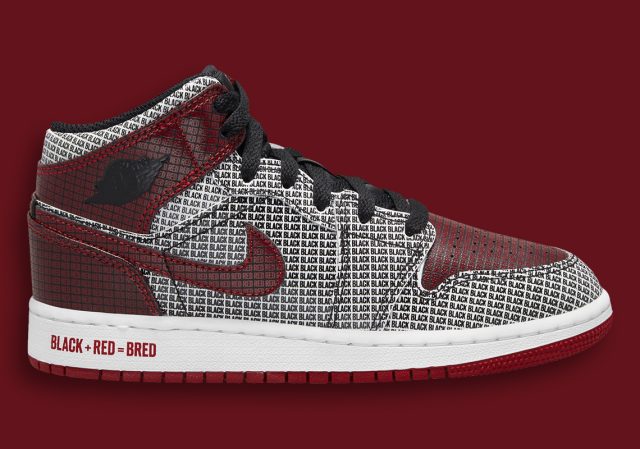 If you refer to the original Air Jordan 1 covered in “Black/University Red/White” as “Bred” 1s, you may be dating yourself, as the four-letter amalgamation only became widely acceptable once Michael Jordan’s earliest signature sneakers started getting retroed. As suggested by an upcoming Air Jordan 1 Mid “Black + Red,” NIKE, Inc. is buying into the color combination’s moniker.

Peculiarly enough, the latest mid-top retro features both “BLACK” and “RED” text all over the upper, though the former lands on white-colored panels around the forefoot, along the mid-foot and across the collar underlay. Toe boxes, profile swooshes and overlays throughout the heel indulge in a deep ruby hue, while “Wings” insignias on the lateral ankle flap, laces and inner-lining on the kid’s Jordan 1 revert to the darker “Black” tone. Nike Dunk-reminiscent sole units underfoot boast Chicago Bulls-friendly colors, though the midsole is stamped with the “BLACK+RED=BRED” text that speaks to the upcoming Jordans collection.

Enjoy an early set of images ahead (courtesy of Foot Locker), and anticipate a Nike.com launch in the coming months.

For more from under the “Jumpman” banner, check out all remaining Jordan release dates. 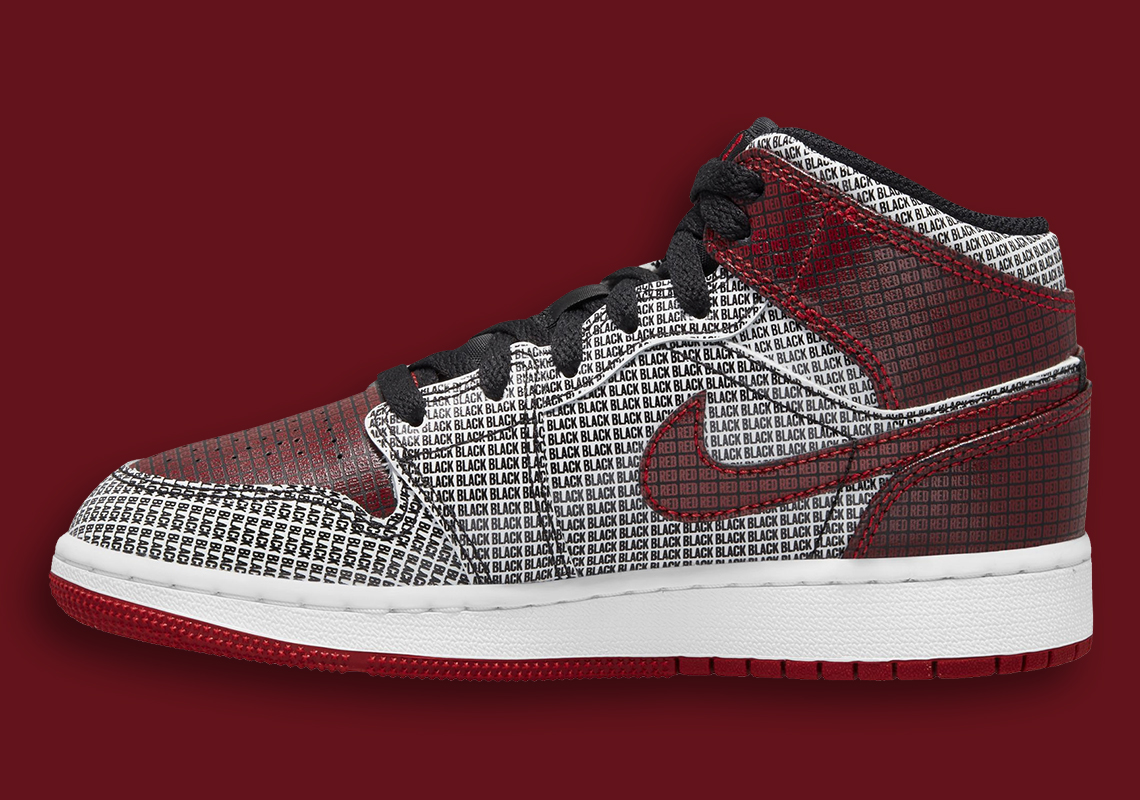 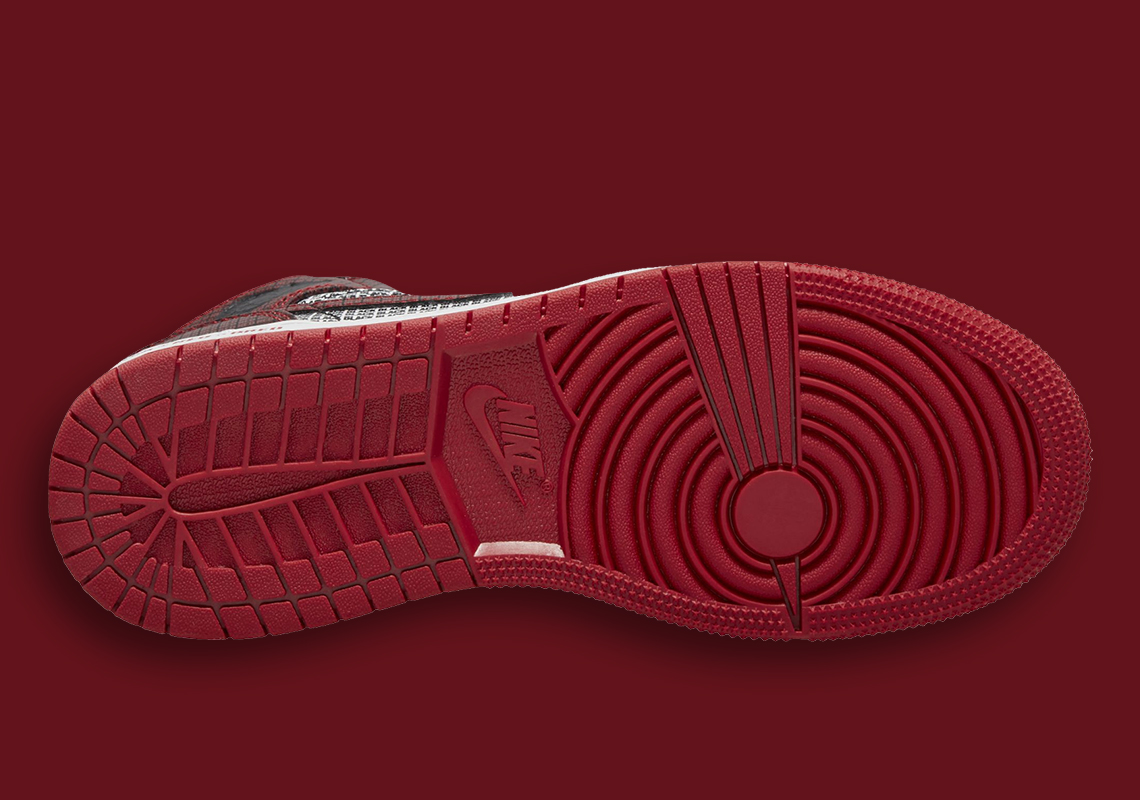