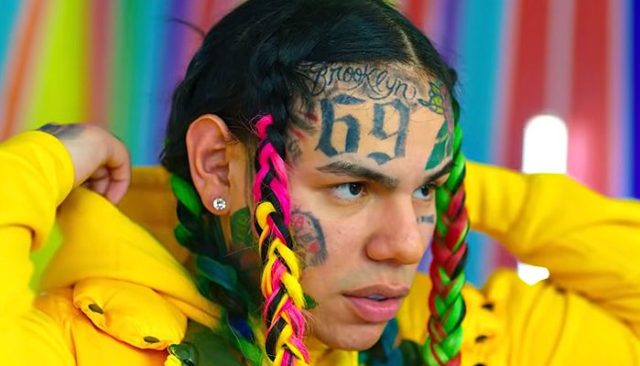 His antics have caused him to be on the wrong side of several rappers and entertainers in the industry, but despite it all, Tekashi 6ix9ine managed to thrive. The New York rapper’s career took a shift after he turned federal witness against his crew and while there were rumors that he wouldn’t be able to make a comeback, his releases since that time climbed the charts.

It wasn’t just 6ix9ine’s legal woes that made him a pariah; he’s known for targeting and trolling his peers, thus igniting viral moments that only increase his popularity and in turn, his music. He’s been relatively quiet for quite some time, but recently, he announced that he is making a grand return.

With that revelation came immediate trolling as he went after Fivio Foreign, looking for a way to bait the B.I.B.L.E. artist. That hasn’t worked, so 6ix9ine has taken to social media to explain why his success is unlike any other rapper on the scene.

“IM BLACKBALLED,” he wrote. “DON’T COMPARE ME TO ANY OTHER RAPPER ON OUR RELEASES THEY GET EDITORIAL PLAYLISTING ON SPOTIFY AND APPLE + RADIO SPINS FOR ME TO COMPETE I HAVE TO FIGHT TEN TIMES HARDER I KNOW ITS A TREND TO HATE 69 BUT FACTS ARE FACTS CARRY ON.”

Expect new music from 6ix9ine. Check out his posts above and below.